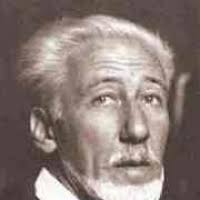 The Dissident Right is well familiar with Bertrand de Jouvenel’s theory of High Low versus Middle (HLvM). Even ordinary people have grown familiar with his theory, as they have had to experience it in their daily lives for the past several years, but especially since 2020. Most people might have never heard of de Jouvenel, but this does not matter. If presented with a summary of his theory, they would agree that it accurately describes their experience of reality.

2020 was the epitome of the High and the Low allying together not just to squeeze the Middle for profit, but in many cases to maliciously destroy it. Centralized authority, represented by the upper echelons of Western governments and mega-corporations, made an alliance of convenience with the dregs of society as represented by Communists, sexual deviants, blacks, and hall monitors to attack whites, the middle class, and small businesses. History is filled with other examples: modern-day Venezuela, the Bolsheviks destroying the Kulaks, and any time that upper royalty has allied with the masses against the middle nobility.

There is a less obvious microcosm of de Jouvenal’s HLvM macrocosm taking place among the elites that is worthy of further investigation. The elites, if that term is broadly construed to mean the upper class or perhaps just highly successful people in general, is also experiencing a phenomenon in which the Upper High has allied with a new, up and coming Upper Low to squeeze the Upper Middle for a variety of motivations.

How do we define Upper High, Upper Low, and Upper Middle? The lines are blurry between these groups, but their contours can still be identified.

The Upper High is the easiest to describe. They are the pseudo-elite who immediately come to mind when one hears the word elite. These are the CEOs, entrenched Congressional incumbents, mainstream journalists, big lawyers, and especially prosecutors, financiers, top military brass, and tenured professors.

The Upper Low are essentially a petite new elite who are best described as trumped-up midwits. They have achieved their position through a combination of affirmative action, dark triad traits, a single-minded focus on ladder-climbing careerism (this especially among the females), and by graduating from colleges that have degenerated into expensive degree mills. They fill the roles of corporate boss bitches, human resources commissars, Congressional staffers, law clerks and low-level attorneys, military officers, and college faculty, amongst other things.

In most cases, the Upper Low consciously — or at least subconsciously – know that despite their positions, they are not much better than the Middle, and in many cases are actually beneath the Middle in competence, culture, and integrity. There is a reason that so many of these types, such as the Latinx woman in the CIA’s woke recruitment video, struggle with “imposter syndrome” as it is not a syndrome in many cases, but a truth. This insecurity is oftentimes what drives their disdain, if not outright hatred, for the Middle.

Turning to the Upper Middle, we find small business owners; entrepreneurs; those corporate employees who actually get things done; silent professionals; as well as politicians at the city, county and state levels, combined with insurgent Congressional candidates, attorneys at boutique law firms, and rogue authors and scholars. Their station in life is usually well-earned, and they often take joy in helping others succeed. Their general attitude was one of live and let live, until current events began to demonstrate the folly of such a hope. They are usually, but not exclusively, straight white males, and in preferring individualism over group identity were caught off-guard by the woke Left.

Despite the Upper Middle’s former laissez faire attitude, the Upper High correctly sees the Upper Middle as a threat. This is because they are outside the Upper High’s control and are generally moral — and the post-1945 order, especially after the 1960s, has had decidedly immoral aims. The Upper Middle can think for themselves, even if it has taken time for them to appreciate the gravity of the threat presented by Leftism. They also have the capital (understood in the broadest sense) to effect change in society, especially if they work together. They also just happen to often excel at networking. They can’t be coerced through economic or social pressure, nor can they be bribed with Epstein’s pedo island.

If one wants to accomplish a Great Reset or Great Replacement, the Upper Middle is therefore not just a potential inconvenience, but an existential threat.

It is little wonder, then, that the Upper High allied with the Upper Low. While the Upper High also happens to recruit more warm bodies with cold souls for the ever-growing clerical positions that a rule by big government and big business requires, aggrandizing and expanding the Upper Low also helps squeeze out the Upper Middle. This is accomplished via human resources bullying, but also through a microcosm of the Great Replacement.

For example, take how wages and quality of working life for the white working and middle classes was hurt by the simple supply-and-demand effects of flooding the labor market with immigrants and female workers. While the Upper Middle was always happy to lend a helping hand to up-and-coming talent who deserved it, the Upper High saw to it that they were inundated with low-quality competitors who frankly do not deserve their station.

The insidious nature of affirmative action is thus revealed. There is a mostly inelastic number of spots in colleges and hiring opportunities. By giving these opportunities to people who did not deserve them, the Upper High culled, or at least crippled, a good number from the Upper Middle. There are some brilliant exceptions, but most in the Upper Middle still have to go to college, build connections, and acquire experience, even if their parents were Upper Middle as well. Because of the Upper Middle’s sense of fair play and individuality, they did not understand the obvious until now — or if they did oppose affirmative action, it was based entirely on lukewarm arguments about merit instead of power and identity.

The good news is that the Upper Middle is waking up. The Upper Middle can target low- to mid-level political offices, sponsor the arts and culture, and build business. They can also network with other elites to combine their capital for projects that they could not accomplish alone.

One might ask why they haven’t come to our rescue and magically solved all our problems yet. First, 2020 was probably the turning point in their radicalization. We should not hold this against them, for how many of us were “purple pilled” or — forgive me for saying the word — libertarian back before 2016? Scolding influential people because they took a few extra years to figure things out is not a winning strategy.

Second, their help by its very nature may be clandestine, or at least not readily apparent. This is especially true if they become donors or occupy sensitive positions.

Third, the Upper Middle can be expected to demand professionality. They are not going to squander resources or take risks, monetary or otherwise, on edgelord podcasters, narcissist wannabee dictators, or incel catboys. With a few notable exceptions, the Dissident Right has had a paucity of professionality. We are not entitled to the Upper Middle’s support. We must earn it, but by earning it we will acquire a solid foundation.

Fourth, the Upper Middle is not as predisposed to think in terms of ideological labels as we do. They have no interest in declaring themselves such and such a thing. This might actually be a good strategy, as labels are easily tainted through guilt by association, which inherently hinders institutional infiltration and also tends to sow division within our ranks.

What really matters, though, is policy. Many of the Upper Middle who are becoming amenable to our views probably agree with 90% or more of what we want. Most of that remaining 10% can be dealt with another day, and it is likely that the Upper Middle or their heirs will be further radicalized by then, either through a combination of the regime’s insanity or by warming up to us after we earn their trust by working together on common goals. Consider how many Leftists from the 1960s ended up being perfect Communists in regards to action and policy even if they never identified as such, or even saw the Communists as misguided. We can do the same if we allow the Upper Middle to use their own labels, or perhaps no labels at all.

While Counter-Currents’ plan for a policy institute is a major step towards courting the Upper Middle, there are other ways that you can help achieve this as well. Where can “our guys” and the Upper Middle go now that the 2016 era of mass political organizing has passed? With the midterms approaching, now is the perfect time to volunteer for a low- to medium-level political campaign. Win or lose, these campaigns are great networking opportunities. There are also the College Republicans and college fraternities. Some might scoff at Greek life given certain tropes, but there is a reason why the establishment despises them. They are one of the last places that white men can network; future elites at that. Anything even loosely resembling a Männerbund terrifies the pseudo-elite, and for good reason.

Now is a good time to allow the regime to flail about and weaken, and for us to silently grow in strength. The Dissident Right was hampered by a lack of elite support in 2016, and without leadership and capital it was doomed to fail — although not before it inflicted mortal wounds upon the establishment. The significance of forcing the pseudo-elites to abandon their previous policy of a slow, sinister boil through open occupation and hatred should not be underestimated. 2020 was a Pyrrhic victory for them. When the next great political tidal wave comes, we should ensure that our heirs in this multigenerational struggle have the support that we never had.

« Counter-Currents Radio Podcast No. 456 A Special Juneteenth Episode of The Writers’ Bloc with Jim Goad