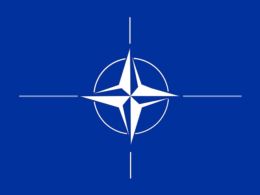 I have bad news for those who side with Russia because they oppose NATO. The idea that Russia invading Ukraine will weaken NATO is incorrect and crumbles under the most rudimentary analysis.

There is no outcome from this invasion that will reduce NATO’s power and through it, the influence of America in Europe.On the contrary, by the end of this war, no matter the outcome, Russia will be weaker in comparison to NATO, and America/NATO will have a stronger presence in Europe.

NATO has been suffering a legitimacy crisis since the collapse of the Soviet Union. However, by Russia invading a non-NATO country, they have justified the need for NATO in the eyes of millions of Eastern Europeans, and NATO has been invigorated like never before. Already look at some of the news coming out of Europe:

Russia’s invasion of a non-NATO country has justified NATO in Eastern Europe’s eyes, and NATO arms dealers are going to make billions from Germany and Poland as they ramp up their militaries. Thanks to Putin, America’s hold on Europe via NATO is stronger than ever.

If Russia defeats Ukraine, NATO will be more justified than ever. And Finland, one of Europe’s strongest and most motivated militaries, will be joining NATO.

If you want NATO’s power weakened in Europe, the outcome you should most hope for is that Ukraine either repels the Russian invasion or inflicts massive casualties on the Russian military, exposing Russia as not a military superpower but simply a Third World country with nuclear weapons, like Pakistan.

Russia is certainly not an economic superpower. The GDP of Texas is larger than that of Russia. And the rest of the world has the ability to pool together natural resources and their economies in a way that will hurt each country a little and Russia a lot. Norway, Romania, and Azerbaijan have a lot of natural gas and oil as well, and they are in or near Europe.

Eastern European governments do not like the influence America has over them via NATO, but they are entirely willing to pay that price in exchange for security against Russia. If Ukraine, a non-NATO member, can repel Russia or inflict massive casualties, however, then the need for NATO is brought into question.

If Ukraine can hold back Russia alone using NATO arms, then what might Finland, Estonia, Latvia, Lithuania, Poland, the Czech Republic, Croatia, Slovakia, Slovenia, Hungary, Ukraine, Romania, and Bulgaria do together if they formed a NATO-type organization?

Poland is a power — not a superpower, not a great power, but a power for certain. Poland and the Czech Republic have large domestic arms industries, and Romania has oil. The concept of Intermarium and the Visegrád Group is gaining traction in Eastern Europe every day. Greece and France would also be likely candidates for joining such a European NATO-style organization if Eastern Europe broke away from NATO and formed such a thing. From there it might grow to include all of Europe.

This is hypothetical, yes, but what’s not hypothetical is that Russia has lost troops, resources, and cratered their economy for the privilege of making NATO larger and more powerful. For all this, Russia might gain a costly puppet state that will be war-torn and full of people who hate them (Eastern Ukraine), and will therefore require lots of resources to rebuild and occupy.

Once upon a time, Ukrainians might have considered Russia a fraternal country, but those days are gone. Forever. Ukrainians will never look east to Russia and see anything but their mortal enemy.

What cannot be questioned is that there is no scenario in which Russia ends up being more powerful relative to NATO after this conflict. They have made NATO more popular with the public, caused it to strengthen militarily, and potentially handed them two important new members: Finland and Sweden.

Now we must look at a rhetorical phenomenon observed in people in the West wo call themselves nationalists — and who may or may not be Kremlin agents — who regularly blunder into a massive logical flaw when they attempt to argue in favor of the Russian invasion of Ukraine. This exposes their true intentions in an extremely obvious way, and they are so committed to their mission of being voices of the Kremlin that they don’t even realize it. When they make this logical error, be sure to point it out to the surrounding audience.

They will tell you that the Russian invasion of Ukraine is a positive for the white race because it is an attack on NATO (it isn’t) and that it will reduce NATO power and influence in Europe (it hasn’t). This is entirely untrue. All the Russian invasion of Ukraine has done with regard to NATO is to increase its popularity, hand it two very important new members, and increase its military budget, lining the pockets of NATO arms dealers.

When you point this out to them, they will almost always reply “This is ‘if you fight them, you lose’ logic. They (Russia) could not just sit back and let Ukraine join NATO, they had to do something.”

This is how you respond:

You just told me that the reason that I as a White Nationalist should support Russia (the Kremlin) is because they are fighting the influence of NATO. When I pointed out that this is an invalid reason for supporting Russia, since Russia is in fact furthering NATO influence in Europe, you suddenly pivoted from a pro-White Nationalist argument to simply a pro-Kremlin argument. Yes, I agree, Russia was in a very tricky situation in regard to NATO expansion in Europe. Do they sit back and allow Ukraine to join NATO, or do they invade and cause Finland and Sweden to join NATO? However, that is a conundrum for Russia, not for me as a White Nationalist. You said I should support the Russian invasion of Ukraine because it harms NATO, which benefits the white race. That argument was challenged and exposed as incorrect, and you seamlessly transitioned from an attempted pro-white argument to a pro-Kremlin argument. It seems that your desired outcome is to convince people to support the Kremlin, and you are working backwards to achieve that end with your intended audience. Have you even thought your own arguments through?

And just like that, their primary argument in support of the Russian invasion of Ukraine is proved false, and their true motives are laid bare for everyone to see. As my experience arguing with these so-called nationalists online has shown me, when you point this out they will simply move on to another point. You will never convince people like that to change their position. As you can tell from their arguments, they are too invested in the superficial aspects of this conflict and do not examine the issue critically. They just want to oppose the current thing and think that the best thing for the white race is to take the opposite stance from CNN.

Neutral observers who can think critically will lean closer to our side: the pro-European, pro-white side that has logical arguments motivated purely by what is best for the white race.