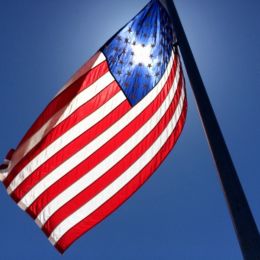 It seems the Christian versus Pagan debate has sprung up again in our circles and has kicked the hornets’ nest as to the direction that the Dissident Right must go in. While I believe that we must all be respectful to one another as we are on the same team, there is clearly a deep-seated animosity held by many Pagans and Nietzscheans against Christians. This dirty laundry must be aired and the bad blood of the Pagans taken to task.

Many of the Pagan critiques are fair, often coming from a Traditionalist or Nietzschean origin. They call Christianity a slave morality or a degenerated from of religious practice. Maybe this is true, maybe not. It is important to note that while Friedrich Nietzsche and Julius Evola are important thinkers who should be studied, their writings shouldn’t necessarily be taken as gospel. However, the argument can surely be made that, even if these claims were true, would it not make perfect sense from the Kali Yuga standpoint that if humanity has degenerated, God would send down a physical person to lead fallen humanity back to righteousness as best as he can manage in the Iron Age?

When describing Christianity, Pagans will talk about the fallen nature of many, if not most, churches in the modern Western world. This is likely from experience. Indeed, in my stint as a reactionary activist, I too have found that many supposed Christians are quick to side with the enemy and to be “principled” and “reasonable” with those whom one of my own parish-goers would rightly claim to be demonically influenced. The Pagans are not alone in having a bad taste left in their mouths by these interactions. The term “Christ cuck” certainly did not come from nowhere.

The Pagan goes further, however, and claims that these problems are inherent in Christianity, being a universalist religion. They often make the hypothetical argument that a white Christian would choose a non-white Christian over a white non-Christian. For the sake of argument, the answer to this is that it depends. If the choice is between a West African Christian and a white American who happens to be an agnostic or something of the sort, then of course I would pick the white American. I have much more in common with him. If it was between a Dutch libtard spinster and Clarence Thomas, however, I would obviously choose Clarence Thomas. Any reasonable nationalist should agree on this. The hypothetical argument is hardly as potent as Pagans believe. Furthermore, the hypothetical shouldn’t even apply, as every Western white person should be Christian, as has been the case up until very recently.

The idea that Christianity, being a universalist religion, is incompatible with nationalism and ethnic awareness is perhaps the most ridiculous argument from the Pagans. Apparently Hernan Cortez and Jefferson Davis didn’t get the memo. The current state of Christianity is not a result of Christianity itself, but rather comes from the deconstructionism of The Adversary’s forces in the form of modern and postmodern philosophy, which have animated society’s ugly elements. Ironically, this is little different from the very phenomenon which the Pagans themselves participate in when they launch attacks against the bedrock of Western society.

Pagans retort that the modern illness stems from Christianity. This may have some truth to it. Our degeneration certainly has a Christian bent. However, this is the case in all dying societies. The idea that degeneration is purely a Christian phenomenon is ridiculous. All things can theoretically be deconstructed. It is what is implied in Milton’s Paradise Lost when Lucifer convinces many of the angels to rebel against God. Just because this demonic ideology can be used to destroy doesn’t mean that the beautiful things it does destroy have always been rubble. This would be no different from saying that because white society is degenerate it has therefore always been unredeemable and must therefore be destroyed. The solution is not to attack our own religion when it is down, but to unite against what is destroying it.

Many say that there must be a synthesis of Christianity and pre-Christian European culture, forgetting the fact that up until recently this was simply the status quo. Both Catholicism and Orthodoxy comprise much of European society’s earlier folklore, while we can thank monks for the development of European philosophy and the preservation, both literally and within the intellectual tradition, of the classical Greek writers. We would also have scant knowledge of the ancient Romans without Italian Catholics preserving it.

This essay is not an attack on Pagans but rather a defense of Christianity, the religion of our civilization. This being said, the Dissident Right must eventually coalesce around one unifying vision if it seeks to win the hearts and minds of the people, and especially the elites, metapolitically. I am sorry to say this, my Pagan friends, but Paganism simply is not that vision. It is unpopular and distinctly alien to the vast majority of white people. Religion is perhaps the second-greatest aspect of ethnicity and culture, behind only biology. Biology cannot accomplish this task alone, however. Religion is necessary to mold a people. It is the glue that binds a nation. The West began to degenerate long before the introduction of masses of foreigners. It was in the 1960s, at least in the Anglosphere, that we began to really lose our religion.

If we do need religion, then we must ask which religion passes the test for being a useful religion for Western people. Paganism rarely inspires pro-natalism or true community, its young adherents tend to be liberal, the majority of its adherents don’t truly believe in their Gods, and the religion is unpopular and alien to their target demographic. By contrast, Christianity does inspire pro-natalism, it essentially always has the opportunity to create community, its young adherents tend to be highly conservative, its adherents do believe in their God, and the religion is the one that white people will reflexively return to when they are in a foxhole.

While I don’t condone the furtherance of infighting or making fun of our allies’ religions, this must go both ways. Pagans must become comfortable with being a minority voice within the greater Right. There is nothing wrong with that. If they continue to lash out at actual Christian dissidents over the inanities of limp-wristed Christian moral cowards, however, they will continue this cycle of fedora-tipping infighting. All bad-faith attacks against the Church are wholly counterproductive. Speaking from experience, at least within the Catholic Church, the Church has vast resources, fraternal organizations, swaths of right-thinking eugenic men, networking opportunities, political activism, and offers the ability to actually form a large, stable family. Attacking Christianity is an unwise decision and will not bode well on the debate stage.