After the Empire of Nothing 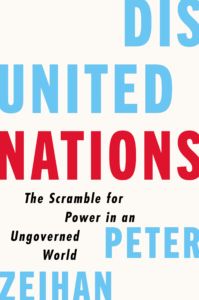 About a year ago I ran into one of my old Army buddies. He’d been working a job that dealt with “foreign military sales.” That’s the tricky business of selling the export model of American-made military equipment to an ally without giving away some super-secret hardware, while not allowing said ally to use the equipment against another American ally.