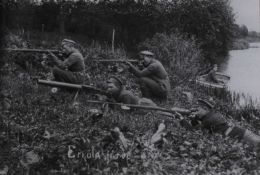 Estonian soldiers in action in Latvia during the Estonian War of Independence, in May 1919.

There is an argument I hear from pro-Kremlin so-called nationalists all the time. It goes something like this: “If Estonia and other countries in Eastern Europe continue as NATO members, their demographics will be ruined . . . one day! You’re better off dealing with Russia!”

I will demonstrate why this argument is easily disproven when examined. I will use Estonia as an example, since I am Estonian and this argument would be directed at us, but the same is true for most, if not all, Eastern European countries.

First and foremost, these people always get so flummoxed when I inform them that Estonia has been a European Union and NATO member for 18 years, Poland has been in NATO for 23 years, and the general demographic makeup of these nations has not changed. Their usual response is: “You will be wrong . . . one day! Just you wait and see! It happened to America, therefore it will happen to Estonia and Poland!” 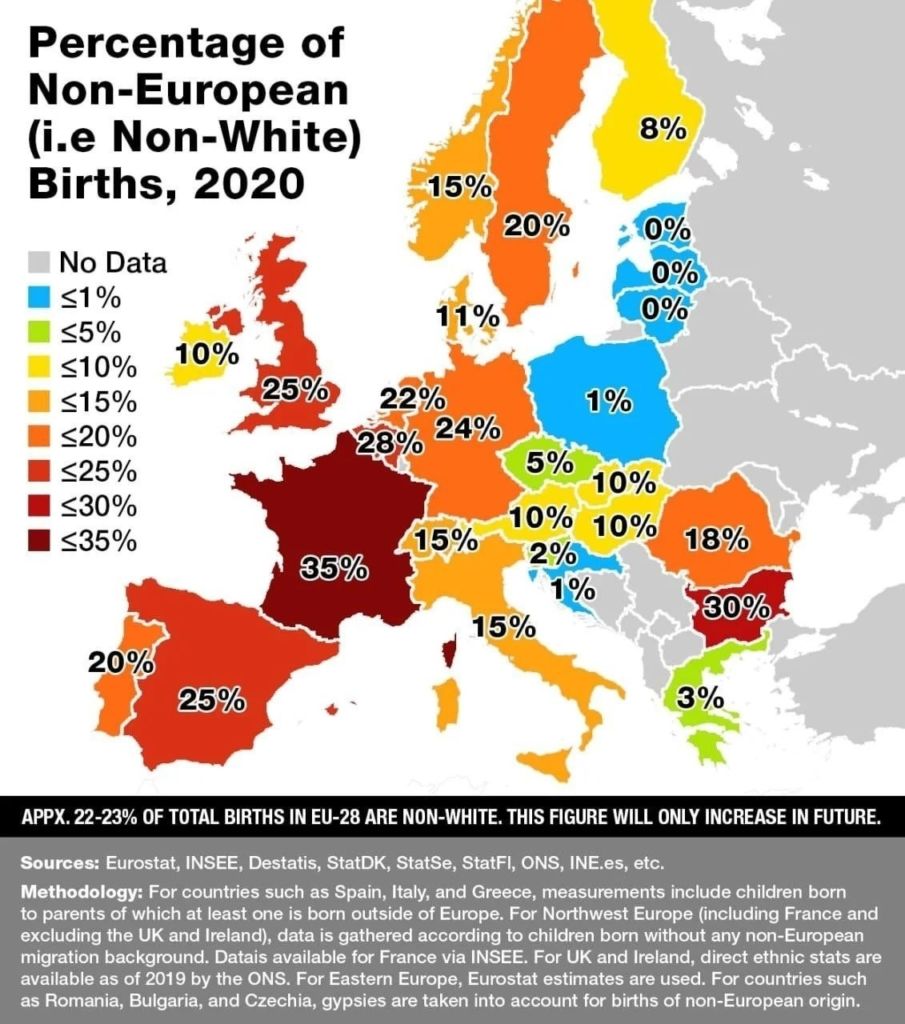 Russia did more harm to Estonian demographics in one month than NATO membership has done in 18 years.

In June 1941, the Soviet Union deported tens of thousands of Balts from their homelands to Gulags across the USSR. Over 50% of these people were women, as well as children under 16 years of age. There is nothing you can do to harm a nation’s demographics more than getting rid of their women and children. A man’s contribution to reproduction can be measured in minutes; a woman’s is a minimum of nine months, and closer to a year. This creates a bottleneck when a population loses too many of its women.

In Estonia, a total of roughly 21,000 people were deported (out of a total 1940 population of roughly 1.1 million), and in June 1941 alone over 10,000 were deported, with 7.000 of them being women and children. Remember, this is just the number of deportations. It does not include all the murders committed by the NKVD, Red Army, and so on as well.

To this day, Estonia has to deal with the Russian population that the Soviet Union forced into Estonia during the occupation. Before the USSR, Estonia was virtually 100% Estonian, with a small number of Finns, Latvians, and Germans here and there. There was also a very, very small number of Jews. In 1941, Estonia was the only country to be declared Judenfrei (Jewish-free) by Germany. Russia, however, not only settled tens of thousands of Russians there, but also brought a Jewish community to Estonia.

The worst thing that could happen to Estonia, demographically speaking, is to be conquered by the Asiatic nation of Russia, and the door subsequently being opened to tens of millions of Asiatic Muslims and Russians to move in and further dilute Estonian demographics. There is zero doubt that if Russia were to conquer Estonia, they would once again begin Russifying it. There are currently about one million Estonians in Estonia (roughly 30% of Estonia today is ethnic Russians), and being forced to share a national project with 150 million people, millions of whom are non-European and none being Estonian, would utterly ruin Estonian demographics and perhaps destroy the Estonian people and identity.

The best thing for Estonia’s demographics, as history has shown, is entering military alliances to keep Russia at bay.

The deportations of Estonians and forcible settling of ethnic Russians there is not the whole story of Estonian demographics under Soviet rule, however.

Estonians take great pride in the fact that that we were the first Eastern European nation to sign a victorious peace treaty with the USSR after the Estonian War of Independence in 1920, securing all of our national territory in the new nation-state of Estonia. The USSR was just as angry about it as we were proud, however, which is one of the reasons that, during the later Soviet occupation, even the children of Estonian veterans were targeted. In particular, the NKVD Destruction Battalions inflicted their characteristic Red Terror on Estonia.

Something Anglosphere “nationalists” brush over is that Vladimir Putin’s father served in the NKVD Destruction Battalions, which required a far more stringent ideological background check than was necessary to serve as a common soldier in the Red Army. The NKVD comprised Communist death squads, and to join their ranks, the Soviet government had to be sure that one was willing to murder European children in the name of Communism.

Yes, the source I am quoting is Wikipedia [3], since it’s the easiest source to link to in English. If you want a much more thorough and documented history of this, I encourage you to visit the Vabamu Museum [4] of Occupations and Freedom in Tallinn, Estonia.

Thousands of people including a large proportion of women and children were killed, while dozens of villages, schools and public buildings were burned to the ground. A school boy, Tullio Lindsaa, had all bones in his hands broken then was bayoneted for hoisting the flag of Estonia. Mauricius Parts, son of the Estonian War of Independence veteran Karl Parts, was doused in acid. In August 1941, all residents of the village of Viru-Kabala were killed including a two-year-old child and a six-day-old infant. A partisan war broke out in response to the atrocities of the destruction battalions, with tens of thousands of men forming the Forest Brothers to protect the local population from these battalions. Occasionally, the battalions burned people alive. The destruction battalions murdered 1,850 people in Estonia. Almost all of them were partisans or unarmed civilians.

The Kautla massacre is another example of the destruction battalions’ actions, during which twenty civilians were murdered and tens of farms destroyed. Many of those killed had also been tortured. The low toll of human deaths in comparison with the number of burned farms is due to the Erna long-range reconnaissance group breaking the Red Army blockade on the area, allowing many civilians to escape.

Somehow, the most aggressively anti-Kremlin, pro-NATO countries in Europe are also the whitest. It’s almost as if entering a defensive military alliance does not impact your culture so long as you don’t let it.

NATO only cares about your military participation in the alliance. It’s the EU that’s the real problem, but even the EU is better than the Russian Federation, since pro-white organizations can operate more freely in the EU than in Russia.

Americans can’t help but project their own failures onto Eastern Europe. “Bro, it happened to us, therefore it will happen to you.”