True Romance: Why Everyone Thinks Sicilians are Black 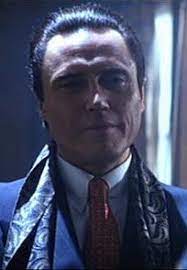 A white friend of mine has curly hair. This eight-word sentence shouldn’t be too shocking, and her appearance is certainly nothing jarring when seen in public. In the era of limitless promotion of miscegenation and glorification of all things black, however, my friend is seemingly not allowed to be plain old white in the eyes of the average adherent to our oligarchy’s race-doctrine. “What are you?” is a question she’s casually received in reference to her race. When she flatly responds that she’s white, a typical retort is something along the lines of, “Oh, you look so ethnic,” and her curly hair is almost always referenced. It is amazing how “ethnic” is utilized as a synonym for non-white, and apparently no one north of the Mediterranean is allowed to have curly hair.

If conversation on the matter persists and a fair-weather ethnographer asks about her white ethnic background, she’ll occasionally divulge the fact that one of her grandparents was of Sicilian descent . . . and then it happens: “Oh, you know that means you’re part African,” is a response she’s heard many times. If anyone needs a quick geographical refresher, though it’s surely nearby, Sicily is not in Africa; it’s an island in the Mediterranean a few miles from the toe of the Italian peninsula’s boot. So why the certainty that being from Sicily means she’s part African? I distinctly remember hearing someone reiterate to her — almost verbatim — Dennis Hopper’s monologue from True Romance, a 1993 film directed by Tony Scott based on a screenplay written by Quentin Tarantino before he became a superstar with 1994’s Pulp Fiction.

For those that haven’t seen the movie, a quick recap: A Sicilian-American mobster, Vincenzo Coccotti (Christopher Walken), is chasing Clarence Worley (Christian Slater), a man on the run after accidentally stealing drugs. Early in the movie the mob tortures Clarence’s father, Clifford (Dennis Hopper), to obtain his son’s whereabouts. Clifford attempts to steer his son’s pursuers in the wrong direction, but Coccotti knows he is lying and informs Clifford that “Sicilians are great liars” and he’s capable of detecting any lie when he’s told one. Accepting his fate, Clifford decides to antagonize Coccotti and tells him the following story:

Clifford: You know, I read a lot. Especially about things in history. I find that shit fascinating. Here’s a fact, I don’t know whether you know or not: Sicilians . . . were spawned by niggers.

Clifford: No, it’s a fact. You see, Sicilians have black blood pumpin’ through their hearts. If you don’t believe me, you can look it up. Hundreds and hundreds of years ago, you see, the Moors conquered Sicily. And the Moors are niggers.

Clifford: So you see, way back then, Sicilians were like wops from northern Italy. They all had blond hair and blue eyes, but then the Moors moved in there, and they changed the whole country. They did so much fucking with Sicilian women that they changed the whole bloodline forever. That’s why blond hair and blue eyes became black hair and dark skin. You know, it’s absolutely amazing to me to think that to this day, hundreds of years later, that Sicilians still carry that nigger gene. Now this . . .

Coccotti: [laughing] I love this guy. [stumbling on words through his laughter] This guy.

Clifford: Your ancestors are niggers! Hey. Yeah. And your great-great-great-great grandmother fucked a nigger, yeah, and she had a half-nigger kid . . . Now, if that’s a fact, tell me, am I lying? ‘Cause you — [points at Coccotti] you’re part eggplant.

Clifford: Huh? [while twisting his index finger in the air] Hey! Hey! Hey!

Coccotti: You’re a cantaloupe. [laughing] Ohhh! This guy, beautiful. [He kisses Clifford on the cheeks, then whispers something to his henchman, stopping to turn around and chuckle at Clifford. He continues, then turns around holding a gun and shoots Clifford in the head three times, lamenting the fact that this is the first time he’s killed anyone since 1984.]

The audience ends up believing that everything professed by Clifford is true, since, as Coccotti said, he can always tell when someone is lying. Written by Quentin Tarantino, this monologue is often cited by film enthusiast pretenders as an early example of how great Tarantino’s dialogue is. It’s also a prelude to the reoccurring motif of ethnomasochism in several of his films — but more on that another time. What is truly amazing is how a bit of dialogue consisting of vague historical references written by one of Hollywood’s most fantastical filmmakers can so easily be laundered through mid-wit and college-bro pop culture and come out the other side as something ostensibly true.

Yes, the Moors invaded and conquered Sicily, and the intermingling of Byzantine and Arab cultures inevitably followed. It’s also true that men and women from the two peoples procreated, forcefully or voluntarily, but did every Sicilian woman on the entire island give birth to a half-breed? It’s also not the case that the Moors were black; Moor was an ancient term originally used by the Romans to refer to Arabs and Berbers from northern Africa who, while certainly not white, were not black, either. And not long after the Moors occupied the island, it was again conquered by an outside force: the Normans. Has any Hollywood hack asserted that all Sicilians are therefore part French as a result? Of course not, because it wouldn’t get under the skin of an evil, assumedly racist, ethnocentric Sicilian mobster in the same way. But also have yet to hear this from any pontificating pseudo-intellectuals; which makes sense, since, when it comes to demeaning whites, I guess they, in part, get their reasoning from fictional movies.

What is interesting about this pop culture-derived phenomenon, however, is how devotees of our current zeitgeist’s approved views on black people and their — so we’re told — docile, harmless, and beautiful culture are inadvertently admitting that, apparently, they’re all rapists. Or, maybe proponents of Tarantino’s black/Sicilian theory have simply been inundated with so much interracial porn that they now assume that all the Sicilian women were lining up to sleep with Moors. Either way, it’s weird to hear someone cite this scene in order to tell a stranger about what his racial background is, as if we didn’t have DNA tests to find that out.

Our social engineers are well aware of where the populace takes it cues from. Just as Native Americans were forced to learn English, and white Catholics were kicked out of cities (and their parishes) and coerced into public school, the whole of Western (and especially American) populations takes it racial education from — besides public schooling — Netflix, Hollywood, novels, music, and any other form of entertainment media. None of this is anything revelatory to readers of Counter-Currents; it’s merely a personal example and illustration of the way in which entertainment influences people.

The saddest part of it all, however, is that my friend and I both love True Romance.