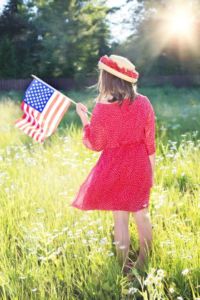 The spring primaries are full of optimistic pro-white messaging, and it’s producing results;

But the most explicit, intellectually, and honestly powerful of all these candidates is Neil Kumar of Arkansas’ Third District, who won an astounding 24.2% of the vote in Benton County and 21.3% overall against an establishment incumbent with over $1.7 million on hand.

Kumar pulled strong in the Arkansas Ozarks, an area known for its independent spirit and local organizing. His number one policy position is to stop the Great Replacement. In his manifesto, “White Identity Nationalism [8]” published here on Counter-Currents, he rightly identifies and criticizes the active white genocide in America, calling it “taxation without representation” for whites. He has appeared on Counter-Currents Radio [9] and Jared Taylor’s Radio Renaissance [10], and writes for VDARE [11] and Reckonin’ [12]. His policy positions are so intelligent, fact-based, and well-articulated that attacks from the ADL [13] and Right Wing Watch [14] read like endorsements.

This primary may be over, but Neil Kumar is just getting started. As he says for himself:

A virtual unknown, this was my first time running for office. My opponent, a six-term incumbent backed by the Republican establishment, the Walton family, the defense lobby, Big Pharma, the American Israel Public Affairs Committee, and every other evil entity on Earth had a 20-to-1 funding advantage.

I was banned from mainstream social media. The local media refused to cover me at all, while the national Leftist media ran constant hit pieces against me: the ADL, the SPLC, Right Wing Watch, the Guardian, Business Insider — you name it. GOP operatives, some of whom had shadowy connections to Israel, ran a smear operation against me on the ground.

Arkansas has an open primary system, and I know for a fact that thousands of Democrats crossed party lines specifically to vote against me in the Republican primary.

Yet despite all of that opposition, subterfuge, and sabotage, I still managed to secure at least 22% of the vote — assuming my numbers weren’t actually higher and no “election fortification” took place. I am investigating rumors of some shenanigans, but I’ll save that for another time.

The key here is that despite the fundamental unfairness of this fight, I still managed to secure almost a quarter of the vote. That’s at least 16,400 people who voted for an open, explicit white Advocate. This is hard proof of a pro-white voting bloc, and hard proof of the growing viability of white identity politics.

I spoke loudly, proudly, and often about white genocide and the Great Replacement. I spoke often of that which is forbidden, including the great taboo: the rulers whom we are not permitted to criticize. And yet a fiercely pro-white nationalist was still able to get almost a quarter of the vote in an election for the United States Congress.

We are not alone. We are just beginning. And this is but the start of my career.