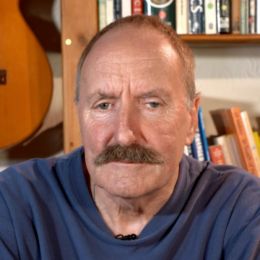 One of the more regrettable things about dissident circles is the infighting — especially when a particularly bold non-dissident wades into dissident waters without realizing it. Typically, such a person will bring their more mainstream values along with them and inadvertently cause a minor burst of havoc as worlds collide. A recent example occurred when Joe “America’s Sherriff” Arpaio spoke at Nick Fuentes’ recent America First Political Action Conference (AFPAC). Cyan Quinn, who was there, describes the following precious exchange:

And then came this golden moment from Arpaio: “They call me the biggest racist,” he said. When the crowd erupted in applause, he asked, “Why are you clapping at that?”

He then continued. “They say I’m the biggest racist, but I have a Mexican grandchild.” The audience was respectful, but grew quiet and exchanged cringes.

This, fortunately, amounted to little more than an amusing hiccup.

What’s happened with Simon Webb, however, is a bit more substantive and therefore the fallout could be more damaging for the Dissident Right. Simon Webb is a prolific English author who is not constrained by ideology or taboo. He is a clear thinker and a clear writer whose excellent The Forgotten Slave Trade I recently reviewed for Counter-Currents. He also has an interesting YouTube channel called History Debunked, where he produces short videos which cover many topics but focus — at least lately — on demographic change, British politics, and the oppression and dishonesty behind woke culture. He clearly is not a fan of any of these, nor is he afraid to find fault with persons, white or non-white, when he thinks they deserve it. In all his videos he speaks clearly and calmly and produces impeccable arguments for whatever point he wants to make. Most often, these points undermine the dominance of our Leftist, globalist elites.

Some of his recent videos include:

“The white race is the cancer of human history’ Susan Sontag”

“Should we be free to burn Bibles and copies of the Qur’an if we wish to do so?”

“Does YouTube have an ethnic bias when it comes to banning users?”

“The problem regarding trans women”

“Is IQ lower on average in Africa than in Europe or Asia?”

Recently he responded to the charge that he was obsessed with skin color thusly:

As viewers might know, a belated sequel is being made to the 1980s film Top Gun. The RAF wanted to send one of their pilots to a press event which was connected with the release of the film. A brilliant chance for the RAF to ride on the coattails of the Hollywood movie and get a little publicity for themselves. The leadership of the RAF sends an email to all units trying to find a pilot who would attend. Here is what the email said:

“Gents, do any of you have a pilot who is preferably not white male who would like to be the RAF face at the press event at the release of Top Gun 2?” Perhaps those who accuse me of being obsessed with race and skin color would like to hear that again. “Pilot who is preferably not white male.” Britain’s own air force is actually ashamed of the fact that white men are serving in the air force, and hope to conceal this fact by sending a black person, hopefully a woman, to represent them at an international press conference.

And I’m the one who’s preoccupied with skin color and ethnicity?

One of things I find so brilliant about Webb’s video persona (as opposed to his writing, which is equally brilliant) is that he takes the patient approach when he speaks, but he never condescends. He’s a reactionary in the sense that he’s always reacting to the latest woke affront from a commonsensical viewpoint, which may seem traditionalist to some, yet he’s never cranky or curmudgeonly. His work is also highly subversive in today’s cultural climate, yet is completely without rancor.

Instead, he’s just one of a kind who thankfully wishes to share his insights with the rest of us.

Dissidents on the Right, it seems, would love Simon Webb. Unfortunately, however, that doesn’t always seem to be the case. Webb comes across as a highly perceptive and erudite normie, not so much a committed dissident. At least the persona he projects on YouTube does not seem to profess fealty to any larger political movement per se (although in one video he does endorse Colin Birch of the English Constitution Party). Despite writing a book on Islam’s white slaves, he doesn’t seem to profess a racial identity, or any identity at all apart from him own, as far as I can tell. Nor does he seem to wish to effect any immediate change. He rather seems content delving into the morass of modern politics and culture and providing clarity where he can, especially from a historical perspective.

Since his videos are so short, he’s made hundreds of them, so please take the above with a grain of salt. I have not seen all of them, but only enough to get what I believe to be a good feel for the man.

He recently posted a video entitled “Why the Patriotic Alternative is destined to fade into oblivion.” As one would expect, this video ruffled quite a few feathers on the Right in England and caught the attention of Laura Towler herself. (Mark Collett of Patriotic Alternative has responded here.) Webb’s argument was not that Patriotic Alternative is misguided in any way, but that what it proposes — that is, immediate immigration reform — would be too drastic for most English people to accept. Webb offers historical insights into the dismal history of what he considers to be Patriotic Alternative’s predecessors (including Oswald Mosley’s less-than-successful efforts, and later the National Front) and asserts that the English would prefer to muddle on with as little change as possible.

The truth is, people in Britain do not like maverick political parties of any hue whether Left or Right. They will not vote for communists, or those who are vociferous in the opposition to immigration. What they prefer is a simple choice between two political parties, neither of whom offer radical differences in their policies from each other.

Of course, he might be correct in this. I hope not, but lacking a crystal ball I cannot say for sure. I do, however, have a feeling that Simon Webb should read John Derbyshire’s We Are Doomed and then have the Derb on his channel for nice, gloomy pat-expat chat. I would certainly tune in for that.

At the same time, I must admit I was disappointed in how Webb gave Patriotic Alternative the Eeyore treatment without even assessing the group’s merits or demerits. Maybe the undeniably great work Towler, Mark Collett, and others have been doing will eventually put Patriotic Alternative over the top? Maybe “people in Britain” will grow more and more to appreciate maverick pro-immigration parties as Britain becomes less and less white? Maybe the Brexit vote in 2016 makes Webb’s fatalism a little more difficult to argue?

It does seem odd that someone who skewers the Left’s sacred cows almost daily on his YouTube channel would shy away from singing the praises of an organized group doing the same thing. I know that Towler commented on his video, and that her comment has been removed. Webb posted a second video explaining that it was YouTube and not he who had done that. He also described the abuse he received from what seemed like Patriotic Alternative supporters after his first video:

I knew nothing about Patriotic Alternative before. But now I know that their supporters tend to be dishonest and rude, at least those of them who were commenting here. They told me that I was old, which is true, and that I am a wanker, which is, to say the least, debatable, and that I should fuck off, which is surely a matter of opinion. Many of them accused me of cowardice because they said I would not debate with a woman called Laura Towler, of whom I had never heard until yesterday.

Aware of the caveats that most of the comments on both videos were respectful to both Webb and Patriotic Alternative, that some of these abusive commenters may have been feds or trolls, and that Towler’s comments in the second video were not deleted, I must admit to being a little heartbroken when I learned about this.

Infighting makes dissident movements weak, unattractive, and less likely to succeed. There is absolutely no excuse for telling a person like Simon Webb to fuck off. It maligns an innocent person and reflects badly on Patriotic Alternative. We have so little influence as it is, why make things worse by hurling broadsides at fellow travelers? Believe me, the last thing we as dissidents would want is for Simon Webb to get so fed up with us that he takes his ball and goes home.

Yes, perhaps Webb should have studied a little more about Patriotic Alternative before closing the book on it (and I have to admit that professing his complete ignorance of Laura Towler after having dismissed her organization in a five-and-a-half-minute video wasn’t a good look for him). Then again, someone can chide me for not watching that one video Webb did back in August 2021 or whenever which refutes half of what I say above. No one can get it right every time and so some slack must be provided, especially for someone who serves up as much free content as Webb does.

As for Webb’s position vis-à-vis Patriotic Alternative, perhaps he is just not excited by activism? Perhaps he’s simply more comfortable tying up the inconsistencies of our ruling elites with his syllogisms than he would be handing out leaflets or projecting anti-immigration messages on Dover Beach. Or perhaps he is less willing to be critical of Jews than Patriotic Alternative’s supporters are? This last bit has been a sticking point for some of his commenters in past videos. Webb insists on a more Judeo-neutral stance than most who are involved with Patriotic Alternative, I would imagine. His position is quite adamant, too, as he explained during his appearance on the Jolly Heretic a year and a half ago. In fact, Webb was getting bombarded with so many viewer questions about Jews that host Ed Dutton at one point had a hard time giving him questions that weren’t about Jews. (Dutton did a pretty good imitation of Webb here, and Webb himself has affirmed that he has no Jewish ancestry.)

Regardless, Simon Webb does not deserve abuse from anyone for any of this. I would like to see him get to know Towler and Collett. I would like to see him affirm his support for Patriotic Alternative. But if not, he’s still a tremendous resource for dissidents, a great introduction for future dissidents, and may very well turn out to be the Jared Taylor of the British Isles. These two would probably get along nicely, and as with the Patriotic Alternative folks, I look forward to Webb getting to know Taylor as well.

And if he starts calling himself Simon Hwebb, we’ll all know who to blame.

« Is “More White Babies” the Answer?