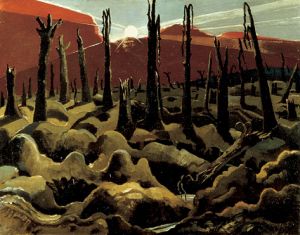 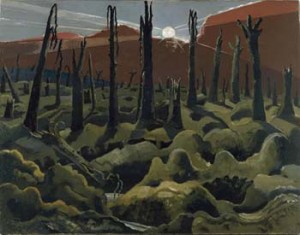 Author’s Note: A listener asked during a livestream, “Should war be criminalized?” Hyacinth Bouquet transcribed my answer, and I cleaned it up a bit. I want to thank both the original questioner and Hyacinth.

I think that’s actually a fascinating question, because when you think about it, wars are just giant organized crime sprees. So shouldn’t war be against the law? It seems like a simple moral argument. Wars are the biggest crimes that ever happen, so let’s come together as a world and ban war. If you can’t criminalize war, what can you criminalize?

Criminalizing war seems like a pretty straightforward idea. I bet George Takei would get behind this idea on Twitter, for instance. I bet the whole Hollywood brain trust would immediately take up the chorus: “Yes, criminalize war! Make it against the law!” But criminalizing war is actually a bad idea.

The main reason not to criminalize war is that it makes wars harder to end. The best way to end wars is by negotiation: all parties come to the negotiating table and agree to a ceasefire, and then a peace treaty of some sort.

Do the police do the same thing with criminals? Do the police say to criminals, “We’d like to end this senseless bloodshed, so let’s sit down like gentlemen and negotiate a cessation of hostilities”? No! If the police tried to do that, they would be summarily dismissed from their jobs.

The difference between war and crime is that you can end wars with peace treaties, but you can’t end crimes the same way. If you declare something a crime, you are obligated to snuff it out. If you declare a person a criminal, you can’t treat him like a gentleman. You can’t negotiate with him. You can’t let him save face. You can’t allow criminals to put any conditions on surrender.

Naturally, when presented with such conditions, the enemy will fight longer and harder. Even if a nation is weary of war, their leaders will fight on because they really have nothing to lose. Thus, the morally plausible idea of criminalizing war actually makes war worse.

This is also an argument against “demonizing” one’s political enemies. In democracies, one must whip up war hysteria by painting the enemy as the devil himself. But this paints oneself into a rhetorical corner, since you can’t sit down and make a deal with the devil, even if it would hasten the end of a war. This is why it is foolish to blacken Putin as a madman and a war criminal, no matter how despicable you think he actually is.

This argument comes from Carl Schmitt, who argues that the moralization of war makes wars longer, more violent, and more destructive, whereas a certain cynical political realism allows us to make wars briefer, less intense, and less destructive. A cynical political realist is going to say that one’s enemies are never so bad that you can’t sit down with them and make peace. Realists say that we’re all a bit of a scoundrel sometimes, so we have to get off our high horses; we have to sit down with the other side; we have to treat them seriously, as if they have serious interests, arguments, and opinions; and we have to at least pretend that they’re gentlemen who keep their word, or we’re condemned to escalate and escalate and escalate until we’ve utterly defeated the other side, and maybe defeat ourselves in the process. That is something to avoid.

Wars become longer, more intense, and more destructive when you criminalize them. Not making war into a crime therefore actually reduces the amount of violence in the world.