Who Has Been Attacking Sikhs in Queens? 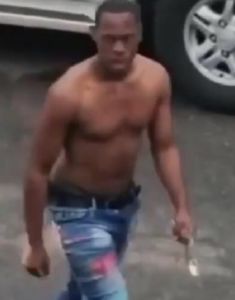 A photo of the alleged perpetrator of an attack on elderly Sikhs in Queens which strangely escaped the attention of the mainstream media coverage.

An article emerged on April 14, “Man, 20, charged with hate crimes in attack on 2 Sikh men in NYC,” by Marlene Lenthang and Sakshi Venkatraman. This was picked up by MSN, Yahoo! News, and some other outlets. It begins describing an attack on two victims, ages 76 and 64:

A man has been charged with hate crimes after two Sikh men were assaulted, robbed and had their turbans ripped off in Queens, New York, this week.

Hezekiah Coleman, 20, was taken into custody at the scene of the Tuesday attack as a person of interest before he was charged with two counts of robbery as a hate crime, robbery, assault as a hate crime and aggravated harassment, the New York City Police Department said.

Moreover, a week ago, a 70-year-old Indian man (also a Sikh) was hit in the face at the same intersection. Nirmal Singh suffered a broken nose. The assailant is unknown. That was considered to be a possible hate crime.

What is left unsaid

All this is very regrettable, of course. Violence against senior citizens is especially wrong. The latter fellow is apparently a tourist, and this will be Mr. Singh’s most enduring memory from the trip. New York City has its sketchy areas, as is well-known, but still, it’s a shame that foreign visitors sometimes go there (or other cities suffering from what conservatives tepidly call “urban problems”), not quite knowing what they’re up against and then falling victim to street crime. Rather than enjoying a pleasant vacation, they’ll come away with the idea that this is what the United States is all about.

So who did the predation in these latest cases? The term “hate crime” is a bit redundant, since violent crimes tend not to be motivated by tender affection or kindheartedness. The way the term is colloquially used, however, implies that the perpetrator did it because of the victim’s membership in a particular identity group. Presumably another important element of the story is the perpetrator’s membership in some opposed identity group.

Once more: Who in Queens is going after old men in turbans? The newer article does name the suspect in the crime against the senior citizens. If Hezekiah Coleman did it — and this isn’t a case of mistaken identity or the like –, then there’s an obvious question: What’s his background? Hezekiah is the name of a minor Old Testament prophet. Could this kid perhaps be a wayward rabbinical student who read A Clockwork Orange and took it too seriously? That’s unlikely; Jews commit muggings about as frequently as Puerto Ricans commit insider stock trading. Maybe Hezekiah is a Mormon? We get unusual names sometimes. That’s also unlikely, however. At age 20 we’re supposed to be missionaries delivering discussions about the Book of Mormon, which Mark Twain accurately described as chloroform in print. Putting aside my inappropriate gallows humor, this narrows down the possibilities.

The articles don’t clarify the matter apart from this. The one about the 70-year-old tourist, also written by Marlene Lenthang, doesn’t mention the assailant’s race. (If I were a reporter, I’d ask the unfortunate Mr. Singh who did it to him.) The article about the two new elderly victims also does not mention the assailant’s race. There’s a picture, but it only shows the intersection where the crime took place, which is hardly helpful and seems mainly to be a filler shot. It does complain about “‘invisible’ racism” toward Sikh-Americans, however, linking to an article about the subject also by Sakshi Venkatraman. Then: “According to FBI data, there was a 68 percent increase in anti-Sikh hate crimes from 2019 to 2020, most of them committed by white people.”

Aha, looky there! The perp might be a garden variety white guy! Right? Well, chances are he is, huh? More seriously, the articles carefully avoid discussing race when describing who beat up the elderly Sikhs. The only discussion about it is when the newer one says that it’s mostly whites who do things such as this. Nice misdirection . . .

If you wish to check out the last hyperlink, poke “show more” under the “bias” category and you’ll see that anti-Sikh crimes add up to 143 cases out of a total of 15,550 hate crimes in 2020. (This entire category itself is under 3% of a ghastly total of 538,203 violent crime incidents during that year; apparently the other 97% and change were love crimes.) That particular page doesn’t actually say who’s doing all this to the Sikhs, however. Perhaps the dirty details can be coaxed out of the dataset if one were to download it and run it through Excel, but I’m a bit too tired for that right now.

This “hate crime” stuff is fuzzy math. As far as I’ve been able to determine, despite blatantly anti-white motivations, the latest New York subway chimp-out hasn’t been classified as a hate crime, nor has the remarkably heinous Waukesha massacre. Until these cases are classified as such, as well as any others in which whites are selectively targeted — which is surely a staggering number given the vastly lopsided interracial crime statistics –, then the rhetoric about “hate crimes” is 24 karat bullcorn.

The truth comes out 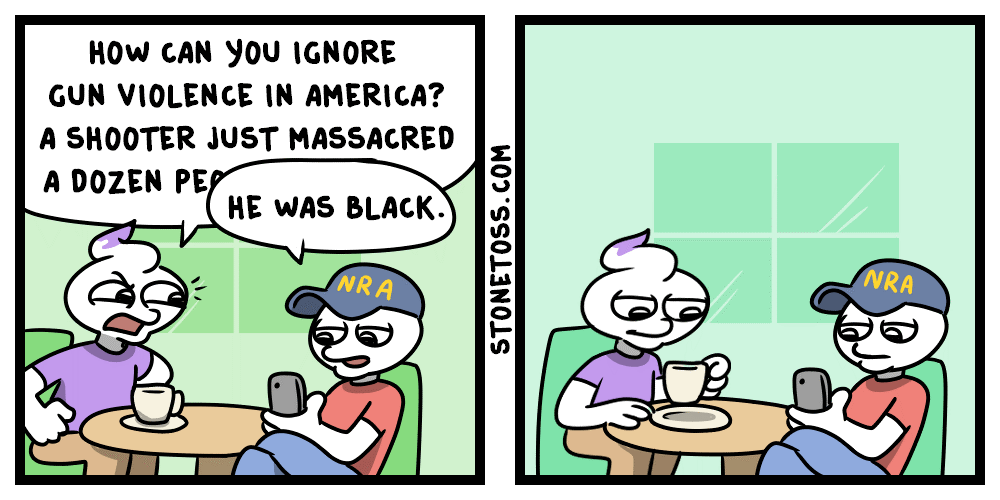 To get further details, don’t turn to MSNPC, Yahoo! News, or other mainstream media sources. Instead, you’ll have to turn to the much less known Asian Dawn website for their article “20-Year-Old Charged with Hate Crimes in 2 Sikh Attacks in NYC.” For one thing, it says: “It is believed the two victims were approached by an African-American male who struck them in the head and body ‘with closed fists and a wooden stick.’”

That wasn’t so hard to describe, now was it? Further, the heading images show more than just a street intersection. Namely, there are photos of a shirtless African-American male — hopefully I’m not incorrectly assuming gender — carrying a stick. And if Asian Dawn posted the photos, then why did the article by Marlene Lenthang and Sakshi Venkatraman not do so? Were they not newsworthy? What’s up with that?

The identity of the alleged assailant is what I expected, especially since the mainstream media reportage avoided the topic of race. (In fact, the newer article dishonestly misdirected it.) I’ll add that the guy looks like a real philosopher — at least as much as the specimens of Australopithecus Afarensis shown at the beginning of 2001: A Space Odyssey.

Concerning the attack on the 70-year-old tourist, the Asian Dawn article embeds an Instagram post stating the following: “The suspect appears to potentially be same one individual, tho’ this time video evidence circulating shows him carrying a stick as his weapon used.”

Could be the same perp who was responsible for the other, more recent muggings? That’s what I was guessing, too.

Why did Marlene Lenthang and Sakshi Venkatraman avoid reporting the obvious?

The aforementioned article in which race got scrubbed out by the narrative filter as usual was written by a couple of cub journalists of South Asian heritage. Sakshi Venkatraman’s professional web page states that “she covers national news, including race, culture, coronavirus, South Asians, and the LGBTQ+ community,” and showcases some of her work. That’s odd; she looks a lot more attractive than garden-variety Leftists.

Marlene Lenthang’s professional web page indicates that “[h]er passions lie in covering social justice, race, crime and entertainment and she has worked for People Magazine, Daily Mail and ABC News.” She’s the more ethnic-looking of the two — her ancestors might have been Meitei hailing from India’s eastern borderland of Manipur –, but cute on objective grounds.

How did these charming young ladies end up as a couple of Desi wokesters? Most likely the corrupting influence of American universities got them mixed up with Leftist ideology, or at least gave them an ideological deep fry. This is where the captive audience gets instructed in the ethnic pecking order — including who may or may not be criticized. Apparently, journalism professors must be teaching students to blame whites even when we had nothing to do with something. Let me tell you, in the good old days, reporters were expected to hide their biases, by golly! That, of course, was around the time when I was walking to school in the snow — uphill, both ways.

It’s understandable that these two are interested in the well-being of their community; that much is normal and healthy. The problem is that joining the cultural Marxism bandwagon is the wrong way to go about it, no matter how fashionable this stuff is in journalistic circles. Lately, there’s been a surge of black-on-Asian violence which the Lügenpresse has mostly been covering up, often implying that whites are to blame. These two cub journalists participated in this cover-up when they should’ve known better. Surely they want to protect their community. Pointing fingers the wrong way doesn’t accomplish this goal, however. They need to do better next time, and quit being dishonest.