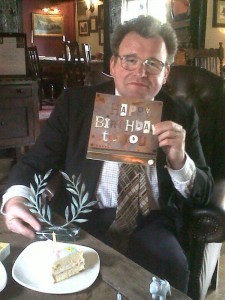 Jonathan Bowden was born 60 years today, on April 12, 1962. He died on March 29, 2012, just short of his 50th birthday. Jonathan was a painter, novelist, essayist, playwright, actor, and orator. He was also a friend. His ideas and personality have had a real and permanent impact on my approach to New Right metapolitics. I wonder what Jonathan would have written in the last ten years. I wonder what he would have made of Donald Trump, the Alt Right, BLM, and other developments. We would have gained much from his insights and guidance.

In honor of Jonathan’s sixtieth birthday, Counter-Currents is launching the Jonathan Bowden Archive. The purpose of the Archive is to make Jonathan’s surviving writings, speeches, and films available, as well as to collect the sort of documentary material necessary to write a definitive biography.

The basic framework of the Archive is now up. We will be filling in more content in the coming weeks. But this is an ongoing project. As new materials come to light, we will add them to the collection. We are asking people who knew Jonathan to contact us to share their recollections, correspondence, photographs, and clippings. We are especially interested in photographs. Please contact me at [email protected].

Jonathan wrote 35 original articles and reviews for Counter-Currents, both under his own name and under the pen name of John Michael McCloughlin. Since his death, we have also published a number of his lectures, lecture transcripts, interviews, and book excerpts. But the best place to begin reading Jonathan is his lecture “Credo: A Nietzschean Testament.” To learn more about the man himself, listen to “The Jonathan Bowden Memorial Livestream,” which features interviews with some of those who knew him. 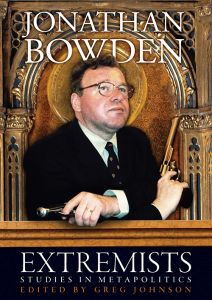