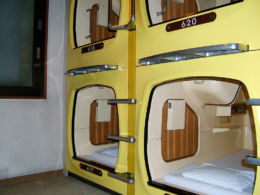 The people who have been born into and grown up completely steeped in the modern world have many problems on their plate. One of these problems is the question of freedom. However, one man’s “freedom” is not necessarily another’s. After centuries of social engineering and moving away from traditional Latin-based grammatical education, words seem to often lose their meaning. Take “gender,” for example. So what is freedom, and do we have it?

Today, when most people think of “liberty” and “freedom,” it is usually associated with a certain libertine ethos of “live and let live” or some variation of the non-aggression principle. This is not the traditional use of the word, however; more on this later. For now, let’s just assume that it is the one true definition of “freedom.” Have the young been born into a world with freedom? In some cases yes, and in some cases no.

If your intention is to partake in mind-altering substances, then freedom surely abounds. Marijuana is rapidly being legalized, while many other drugs are beginning to follow suit. In the cities, the hardest drugs imaginable have become decriminalized and even tacitly encouraged by the powers-that-be. Millions are being spent on clean needles and crack pipes, while drugs are promoted in the media. It is no wonder that the young flood into these harmful and life-ruining habits, often created by the addictive nature of supposed “medicine” carted out by the glorified drug dealers known as doctors.
You also have the freedom to be an abomination by destroying your body, the temple of oneself. In America at least, though perhaps less so in Europe, food regulations don’t really apply to the big agriculturists who inject chemicals into our bloodstreams. If a chemical exists, it’s probably legal to put it into food. We see all this bickering about which politician has our best interests at heart, and yet seed oils are still legal. What does that tell you about our “representatives?” Yes, you have the freedom to fill your gullet with these cheap foods, and yet increasingly it becomes harder and harder to find truly organic food, especially if you are poor or even average in income. Unfortunately, regulations in this arena largely apply only to small, family-run farms that wish to actually bring food to their people in a sustainable way. And all we hear from the “green” politicians who harp on about sustainable this and sustainable that are crickets.

It gets worse than this, however, in the realm of the “freedom” to topple one’s own temple, as we should all be well-acquainted with by now. Yesterday, gay marriage was illegal across the country. Today, child genital mutilation is encouraged by our neo-Molochist government. But children are not the only victims. The fact that it is only children who the conservatives are now shining a spotlight on and not adults as well says much about how far we have fallen. Increasingly, at the pressure of a government and zombified society which worships all that is disgusting, more and more people — especially the young – are being pushed into mutilating themselves. And the fact that this is wholly inorganic can be seen by the swaths of high school-aged they/them circus freaks who have bought into the propaganda, but are unwilling to go all the way. Today, becoming one of these non-binary sideshows seems to be a relatively normal form of initiation into the cult of the NPC, or non-player character normie. Apparently, this is all part and parcel of this libertine conception of “freedom.”

In the world of sex and relationships, we can also easily the fruits of this conception of freedom. They call it “free love,” and yet more young men than ever are virgins well into their twenties. While the women of our societies are run through by men at the head of the pack, are the incels really free? Perhaps the ultimate mask-slip is the utter hatred for male virgins that has appeared seemingly out of nowhere. Incels have their problems, but can we really blame them for being jaded when they are denied one of the most basic needs within Maslow’s Hierarchy? In the arena of sexual relations, how is the average man of today any different from a Paleolithic man in a polygamous society with no hope of reproduction?

You can buy Greg Johnson’s The Year America Died here. [3]

But this is not the end. Not only has it become difficult to live a truly free life, free from vice and the demons within who attempt to decivilize and debase us, but even what would be considered freedom in the modern context is largely criminalized when that libertine freedom has any potential to manifest in a way that resembles traditional freedom.

The freedom to own property, which seems like a relatively basic staple of a free society, is less solid than the government would have you believe. In the United States, property taxes mean that you will never truly own the place where you live, as there is a constant need to pay extortion money to the government. One glaring demonstration of this is the fact that many generational ranch owners who have kept their ranches in their families for over a hundred years are forced to continually keep the ranch operating simply to pay off the government. This is exacerbated by the death tax, which can mean the complete breakup of generational land only for investment vultures to eat it up. On a smaller scale for all homeowners, it makes self-sufficiency less tenable and the prospect of renting more appealing.

In Europe, the populace has largely been disarmed despite the fact that, barely a century ago, the invading Germans in France had to constantly glance behind their backs for the Francs-tireurs. Europeans, even those on the Right, bragged for decades that they did not need guns and seemed to have no interest in the matter. They did not realize that firearms aren’t protected only because you might need one today, but because you might need one tomorrow. I imagine many Europeans wish they had more reasonable firearm laws while they are being flooded with Africans and Arabs. The American Left likewise claimed that guns are not needed because the government isn’t tyrannical. Interestingly, the liberal argument has switched from this position to “you could never defeat the government, anyway” — perhaps a mass Freudian slip.

In America, the situation becomes bleaker by the day as legislation is passed which increasingly makes William Pierce’s wild and outlandish predictions concerning the legalization of black crime and gun confiscation increasingly realistic. We have the right to smoke cannabis and participate in a polyamorous relationship, but not the right to feel safe in our own country. Just as in the case of property “ownership,” the peoples’ freedom ends where the path to self-reliance begins. Those who live in rural localities who attempt just this, and who are largely our people, are most affected, as the police are useless in areas where it takes up to 30 minutes to arrive on the scene, as we have already seen in South Africa.

Machiavelli wrote that a smart prince will arm his populace, as the people are an effective fighting force — more so than mercenaries and the like –, but that an occupied territory should be disarmed for precisely the same reason. Some have postulated that our mores simply derive from an incompetent elite. This would be believable if they helped and hurt the people in an evenly distributed way. However, when every action they take is an assault upon their own people, and when every marker displays their true nature, it seems clear that this is not simply a group of fools in over their heads, but an elite caste which presides over an occupation government designed to humiliate and destroy the local populace.

If this is all a mistake, why is the assumption — what we might call Aquilonius’s Axiom of Tyranny, hopefully without being too pretentious — that “any freedom which hurts the people will be encouraged, while any liberty which aids them will be punished” accurate? It is clear that this is all being done by design.