Is It Possible to Enjoy Being Raped? 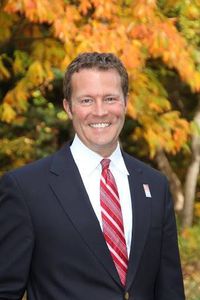 Robert Regan, a candidate for Michigan’s House of Representatives, says that he advises his daughters that if they can’t avoid being raped, they might as well enjoy it.

If, say, I was standing in line for coffee at Dunkin’ Donuts and a masked bandit were to sneak up behind me and inject me with heroin, I do not doubt that such a forcible and unsolicited attack would psychologically damage me. I would feel . . . violated.

I don’t know anyone who would enjoy being stuck with a needle while innocently standing in line at Dunkin’ Donuts — and if they did, they must be some kind of sick pervert!

But once having been injected with the heroin against my will, I suppose it would be possible to relax and enjoy its pain-killing and euphoric effects.

I worked a loooong time on that analogy, friends.

About a month ago, Robert Regan, a Republican seeking Michigan’s 74th District House seat, said on a livestream that he tells his three daughters that “if rape is inevitable, you should just lie back and enjoy it.”

Although this sentiment has been publicly expressed many times before, always to horrified gasps, it’s the first time that I’ve heard someone tacky enough to drag his daughters into it.

When asked in 1988 by TV reporter Connie Chung about how he handled stress, famously hotheaded college Indiana basketball coach Bob Knight said, “I think that if rape is inevitable, relax and enjoy it.”

In 1990, Clayton Williams, a toothy, cowboy-hat-wearing Republican nominee for Governor of Texas, blew a reportedly wide lead over Democrat Ann Richards when he compared bad weather to rape: “If it’s inevitable, just relax and enjoy it.” His campaign was “derailed by a rape joke” and led to Richards’ election. I figured that Texans would like rape jokes, which shows how much I know about Texas. Or maybe they like both the rapin’ and the bein’ raped, but they draw the line at jokes.

In 2013, Ranjit Sinha, head of India’s Central Bureau of Investigation — that nation’s equivalent of the FBI — implied that the lack of police enforcement on the country’s gambling rackets proved that gambling was somehow inevitable, so, just like rape, you should enjoy it if you can’t fight it. He also suggested that since gambling is inevitable, it should probably be legalized. I don’t think he said rape should be legalized, although it would have been hilarious if he had.

I’ve long felt that the nonsensical Leftist canard that “rape is not about sex, it’s about power” — sure, then explain all the poles and holes — is necessitated by the Leftist idea that sex is good and power is bad, so they have to pretend that the two things are mutually exclusive. The truth is that rape and sex are much closer to being synonymous than mutually exclusive. Access to perpetuation of the species is access to power. Kingdoms rise and fall on a pretty face.

A high quotient of Right-wingers seem to frame all sexual pleasure that isn’t strictly in the service of producing Cheaper by the Dozen-sized broods as sick and degenerate and sinful, which means that if the rape victim experienced any kind of sexual pleasure, it is only evidence that the filthy stinking whore asked for it.

Of course, I think both sides get it wrong.

I believe I’ve already demonstrated that it’s possible not to ask for something but to enjoy it anyway via my meticulously crafted heroin-at-Dunkin’ Donuts analogy.

Female lubrication during rape — which is more common than you may want to accept — is explained away by some theorists who say it is an evolved trait to protect the vagina from undue damage.

But that doesn’t account for the frankly disturbing phenomenon of female orgasm during rape, which, according to surveys, happens anywhere from 5% to half of the time. Mind you, these surveys aren’t scientific — no one’s scurrying out to rapes-in-progress and frantically attaching electrodes via alligator clips to vaginal muscles –; it’s all based on self-reporting by rape victims. Since there would be tremendous confusion and shame in claiming that something you didn’t want to happen — and that scarred you psychologically and sexually for life — was also physically pleasurable, it’s safe to assume that orgasm during rape is drastically underreported.

Mind you, the following are all self-reports as well, but they are all so similar — and there seems to be no ulterior motive for falsely confessing such a thing — that I tend to believe them.

I had my first orgasms during a sexual assault. I did not ask for it. I did not consent. Despite orgasming, I did not “enjoy” the assault. . . . I zoned out, but could hear myself, as if in the 3rd party, moaning loudly, waves of pleasure washing over me — my pussy tingled with feelings of satisfaction that until then I didn’t know I’d actually been longing for. I bucked my hips towards him. He started massaging my clit with his thumb and my legs started shaking. Even though I’d never orgasmed before, I knew right then, I was cumming and I couldn’t stop myself. I tried to stop it, but I really came — for like a minute. I felt very sensitive between my legs, but he kept rubbing my clit and after a couple of minutes my knees buckled and I came again. My body reacted to my assault in a way my mind could never have imagined. My mouth and mind were saying no, but my vagina was screaming yes. At my most distressed, at a time when I wanted to imagine I was someplace else, I orgasmed. He was smiling when I opened my eyes as though my orgasms proved to him that I really did want him, despite me saying no and pushing him away — that it wasn’t an assault. “You liked that” he said. I guess I believed him. It’s hard to believe, but I actually put my arms around him. I kissed him, but Inside i felt suddenly dirty, ashamed and afraid.

In a self-published testimonial on Medium called “I Orgasmed During My Rape,” Christine Stevens writes:

In an essay titled “Having an Orgasm During Rape: I Believed the Myth and Sought Violent Sex,” a woman identified only as “MARLA / MILLENNIAL / SOCIALIST / JOURNALIST” writes:

At a young age, I was raped. Contrary to research, I then sought out sex. I went in pursuit of it. The more dangerous the better. . . . It’s funny, now I can’t remember his name and his features are a little fuzzy in my memory. What is crystal clear are those tears running down my face, my silk dress pushed up against my thighs by his clammy hands and the table sticking into my back. . . . I can also remember vividly my horrified shock when I came. This moment replays every time I have sex. . . . My body reacted to my assault in a way my mind could never have imagined. It screwed me up. At my most distressed, at a time when I wanted to imagine I was someplace else, I orgasmed.

In an article called “I Didn’t Want To Be Aroused By My Sexual Assault, But I Was,” Suzannah Weiss claims she took the “lie back and enjoy it” route:

Although I didn’t agree to what was happening, I was physically getting aroused by it. Once it became clear that my attempts to stop it weren’t succeeding, I figured all I could do to make the situation less unpleasant for myself was try to enjoy the arousal I felt mounting in my body. . . . But I returned home confused about what had just happened. I had not consented to parts of that encounter, but I had gotten pleasure out of it. I didn’t want to go that far for emotional reasons, but physically, I wanted it.

Those whose ideology makes it impossible to concede that a woman may ultimately enjoy being raped will try to explain that these orgasms are simple physiological responses just like a rapid heartbeat naturally occurs when someone is chasing you with a knife or that diarrhea is inevitable if someone jumps out of the bushes and forces you to chug down a quart of magnesium citrate. Or they’ll claim it’s a form of “excitation-transfer” in which one heightened physiological response will amplify another — but they will fiercely insist that in no way did the rape victims “enjoy” their orgasms or experience “pleasure” from them, despite the fact that the dictionary definition of “orgasm” is “the rapid pleasurable release of neuromuscular tensions at the height of sexual arousal.”

They will purposely bifurcate the brain and the body in the same way they make an artificial distinction between sex and power. Their ideology demands such nonsense.

Fine, but this doesn’t account for the proliferation of rape fantasies and the documented fact that many rape victims subsequently become promiscuous and consciously seek out dangerous sexual scenarios. By definition, fantasies involve the brain.

And in case you weren’t aware, the brain is part of the body.

Just as nearly all gynecologists these days seem to be women because it eventually became considered “rapey” for a man to inspect and invade vaginas for a paycheck, much of the research on the link between rape and female sexual pleasure is being conducted by women such as Emily Nagoski (“The truth about unwanted arousal”) and Marie Zayas (“Experiencing arousal during sexual assault.”)

I’ve never had a male confess to me that he fantasizes about raping women, but I’ve known an uncomfortable number of women tell me, without me ever asking them, that being raped is one of their most common fantasies. They explain that it drives them mad with lust to think that a man finds them so desirable that he can’t control his impulses.

Confirming what these crazy twats have confided to me, William Saletan at Slate summarizes the research of University of Nevada psychology professor Marta Meana, who says that female rape fantasies are not rooted in female masochism but female narcissism:

We generally define rape as sex against the victim’s will. But a woman mentally aroused by a sexual assault fantasy isn’t thinking about the victim’s will. She’s thinking about the perpetrator’s. She’s imagining being wanted. That’s what she wants — and the fact that she wants it exposes the fantasy, by definition, as not really rape. The imaginary act arouses her not because the woman in the scenario doesn’t want it, but because the man does.

I have no doubt that many women never enjoy being raped and that it leaves them scarred and devastated.

I also believe that no one asks to be raped — at least not the first time. But if they wind up liking it, they’ll seek it out again. Some bitches are truly that vain.