And the Winner for Best Narrative is . . . 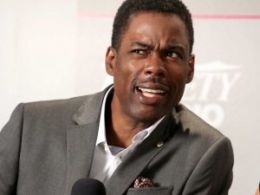 One of my first memories of Will Smith is him decking the alien in Independence Day. I liked that film, with all of its subversive elements and even its anti-white moments. Before my red-pilling, I considered it a fun diversion. But it turns out that Chris Rock is tougher than both that alien in Independence Day and Will Smith — well, he’s not as tough as the movies make him out to be, anyway.

You can read all about the incident itself here. Since the old man has already covered the details of the story, I thought I’d delve into the reactions to it, specifically those narratives which have arisen in its wake and the narrative cores that they’re designed to operate around. Let’s begin with something we are all familiar with.

White Nationalists and identitarians, Mr. Goad included, have spun this incident as simply blacks being blacks, or put more poetically, Getting Niggy With It. To paraphrase Tom Metzger, the presence of many blacks in one place allows them to act out their ancient jungle instincts and jockey for position in the negro hierarchy in the time-tested negro tradition of internecine violence. This has turned the once-venerable institution of the Academy Awards into a showcase of ghetto behaviors best kept far away from the eyes of good, law-abiding, platitudinal middle-class white people who are mighty uncomfortable with blacks being blacks.

The irony, of course, is that White Nationalists and identitarians, as well as other racial realists, are comfortable with this idea and are willing to set policy based on the fact that blacks will be blacks. The solution? Make the Oscars White Again. There is that old chestnut about how white they were to begin with, but that’s a story for another day. This is one narrative with which we’ve been making lots of hay in the past week, and it is the one closest to the truth as we see it. We’re rehashing it here so that walking you through the other narratives will be easier.

The other narrative — the one favored by conservatives and other people unwilling to look racial reality in the face — is that this was an instance of actors being actors, which is to say, the thing was staged, likely to boost the Academy Awards’ plummeting ratings. Here’s how this narrative activates and builds on some very important conservative narrative cores.

First of all, it shows the conservative’s belief that popularity and market share matters to the elite, and that the elite are very concerned with putting asses in seats for the Oscars and other entertainment products. That the elite can quite literally manufacture demand out of thin air, especially in the entertainment sector, would raise some very uncomfortable questions about the nature of the economy and markets. If demand can be manufactured by flooding the market with a particular type of good, then all the bromides about free enterprise and rugged individualism are false and the economy is a much different beast than what we expected. Nobody wants to believe that consumers are unimportant — mere powerless ants when compared to the sprawling megacorporations. The conservative needs to believe in the power of the boycott in order to keep his belief in the consumer- or demand-driven market. The narrative that Smith and Rock staged this in order to boost the Oscars’ ratings confirms to the conservative that it was a show put on for his benefit as a consumer, silencing his doubts about the market.

Second, it betrays the conservative’s need to perceive the liberal as effete and fundamentally a false person, and by process of elimination, himself as a masculine and fundamentally real person. We see in conservative memes that they perceive themselves as rugged cowboys or the drill instructor from Full Metal Jacket. Will Smith and Chris Rock are The Other, not as blacks but as actors, and actors being actors means false and effeminate men being false and effeminate men. Ultimately, in this case Smith and Rock are stand-ins for the bi-coastal elites which the conservative resents and perceives, in the lingo of the YouTube commentator, as fake and gay. There are vast problems with this attitude, covered masterfully here by James O’Meara. As pointed out by the warlock himself and from my own humble contribution in the comments section, conservative macho men imagine themselves to be many times more powerful than the libtarded fags that have nevertheless consistently been beating them for the past 250 years. But going against deeply-embedded narrative cores which make people feel good is not a pleasant task.

Third, it reveals the conservative’s reluctance to accept that crime has a color. While this barely rose to the level of petty assault, it was still quite egregious, and since it was televised and taking place in a time-honored American institution, it is grievous. If we accept that they staged it, then we absolve black people from their well-documented propensity for violence. Just like how those evil DemoKKKrats cause ghetto blacks to descend into crime with their evil welfare state and housing projects, the evil white DemoKKKrats behind the Oscars instructed Will Smith and Chris Rock to perform this act of violenc — but this violence in no way, shape, or form comes from deep within the black Dasein; it’s all Democrats.

These are three very good reasons why the conservative needs this incident to be fake.

Moving back to the (outer reaches of the) Dissident Right, we have the narrative of men being men, or that this was a confrontation based on honor. See, Chris Rock was out of line, and this made Will Smith defend his wife’s honor. This plays very well to the sensibilities of the RETVRN crowd, and really, I can agree with their sentiment as well. I agree with Johnny Sack from The Sopranos that there are things which ought to be sacred. If Ralph Cifaretto can make insulting remarks about his wife for $200,000, “What’s next, Carmine, he can fuck her for a million?!” But at least Ralphie made the joke among insiders, whereas Chris Rock made fun of Jada Pinkett Smith live on national television. So yeah, I too would have lashed out against the bitch-ass nigga. End of story, right? Wrong.

Since we’re comparing Johnny Sack to Will Smith, let’s compare Ginny Sack and Jada Pinkett Smith as well. They’re both the unattractive wives of wealthy and powerful men, but this is where the commonalities end. Ginny is a housewife, while Jada is a strahng, independant whaman. Ginny has produced Allegra, a reproductively viable and handsome (if hefty) young woman, whereas Jada has given birth to two genetic dead-ends. Ginny has never been disloyal to Johnny and is the great fount of his strength — when he’s underboss for Carmine; when he’s the boss of the Lupertazzi crime family; when he’s arrested, indicted, and forced by the feds to admit to the mafia’s existence; and finally, when he contracts lung cancer and dies in federal prison, she’s always there for him. Jada regularly cuckolds Will with all sorts of men. Ginny has taken Johnny’s last name. Jada styles herself as Pinkett Smith.

Many critics of the honor narrative have pointed out that as a pussy-whipped cuckold, Will has no honor to defend. That may be so, but masculine defense of women’s honor is a white phenomenon. As I will repeat until I am blue in the face or the gullible white men of the world finally understand this (whichever comes first), American blacks, like all West Africans, have a matrilocal social structure where the women and children live separately from the men and the women couple freely with the most dominant males, having children who don’t know who their fathers are, as well as having children by multiple fathers. The men avoid genetic cuckoldry (taking care of non-kin) by caring for their nephews and nieces, their sisters’ children. The patriarchal family unit of man and wife owing sexual loyalty to each other and taking care of their children, buttressed by the man’s authority over the wife with the support of secular and religious authorities and bound even tighter with the bonds of mutual affection we sometimes know as love, is specific to Europeans and not easily replicable by other races. A man defending his wife’s honor is part of this socio-biological phenomenon that we call matrimony, which in our universalist arrogance — another typically Western European trait — we assume is common the world over, but is in fact specific to our existence as white people. Thus, the honor narrative offers a convenient escape from the fact that a dishonorable wife has no honor for her husband to defend, but at an even deeper level, it is yet another convenient escape from racial realism, this time in relation to family structure (another biologically-determined factor).

So, which is it? Is blacks being blacks? Is it actors being actors? Or is it men being men? I have no idea, nor do I really care. The evidence could go either way. What matters when we believe the narrative is whether it confirms our own assumptions about the world: the narrative cores implanted deep within us and, sadly, unexcised as of yet in many of us. I’ve decided to follow Jim Goad’s lead and go with the blacks being blacks narrative because it’s good grist for our mill here at Counter-Currents. Any other narrative relies on cores which are hostile to what we’re trying to accomplish, and that’s false enough for me.