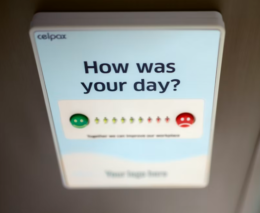 Though he has a dedicated fan base from Twitter, Zero HP Lovecraft’s (ZHPL) long-form writing allows us to experience his words beyond a mere 280 characters. This is not to suggest that the extreme short form doesn’t have its merits, but for those who need more, ZHPL’s stories have a profound delivery. In particular, “Key Performance Indicators” is a head-spiraling peek into our future if current trends are taken to their logical conclusion. The story has nothing to do with White Nationalism or other commonly-discussed topics at Counter-Currents, but it sticks a finger in the eye of the very same regime and all of its associated beliefs that make war on the Dissident Right writ large.

ZHPL is a modern horror writer in the vein of — to no surprise – H. P. Lovecraft, and KPI appears to be a near-future Western example of China’s social credit system, which has occasionally been a topic in mainstream geopolitical discourse. A little more than satire, KPI is a benchmark in the dissident literature scene and will hopefully serve as a catalyst for the continued expansion of the authentic, outside-the-Overton window artwork movement that is currently underway. It’s worth noting that not everyone admires this type of writing. Some see it as satire on low-hanging fruit, others might view it as unproductive; but as all good fiction does, it evokes a response.

The story’s protagonist is an unnamed young man equipped with Neuralink. Every aspect of his life is quantified and projected on a Heads-Up Display (HUD). An Artificial Intelligence persona, Ashonda, reminds him of various metrics throughout the day, ranging from “impulse control ratings” for waking up on time, “social justice points” for buying fair-trade toothpaste, “social responsibility ratings” for adhering to the right causes, a percentile ranking for how much prescribed news is read, a progress bar for daily tasks, and “honesty scores,” as well as various additional programs that mimic the taste of food, cause pain when deviating from work, and simulate normal human emotions.

During the main character’s quest to supply drugs to a work associate, Qiyara, he delves into the morality of Neuralink and how it is making himself, as well as society, better. Another way this is accomplished is through mandated “personal growth team” sessions, where co-workers sit around and tell each other why they’re feeling bad and what social action they can take to combat a variety of issues, including advocating for black women, Human-Animal Love (HAL) rights, gender-affirming hormone therapy for children, and Neuralink-aided attraction for obese women.

Regardless of their ideological slants, there has been a substantial drift toward dystopian storytelling in text and on screen over the past 30 years. Some well-known examples are Neil Blomkamp’s socialist agit-prop film Elysium, Denis Villeneuve’s Blade Runner 2049, Nick Land’s theory fiction Meltdown, and David Foster Wallace’s Infinite Jest; of which the author has much to say. To summarize, he sees Infinite Jest as a “get over yourself” message; a notion which ZHPL seems to have grasped, conveyed by his willingness to remain anonymous and a lot of his writing and thoughts’ generally accessibility. If “Key Performance Indicators” (KPI) is also dystopian, then it’s one of the genre’s more accurate examples.

Online interviews via voice or text indicate that ZHPL might be a cyborg: half man, half machine. His knowledge of literature, ideology, and dissident thought in general is apparent. Not too long ago, a writer in this style would have been tapped to pen the next Blade Runner or Dune and have millions of dollars thrown at him. Unfortunately, crushing modern orthodoxy treats honest writing like a medieval leper. However, it’s all a moot point; in an interview with @FlightAstral, he says the following about mainstream publication:

I do not believe it is possible for Western institutions of publishing — that is, any commercial publishing house — to publish anything good at this time. A few legacy authors of the past generations are still shackled to these decrepit leviathans, but everything exciting, interesting, and true, is happening outside of that. Even previously good authors now season their writings with mental AIDS, whether from implicit or explicit pressure, I’m not sure. It’s a Havel’s greengrocer kind of situation in most cases, probably. I am interested in fiction that tells the truth, and I would rather write nothing at all than collaborate with these lords of lies.

KPI is broadly about the infusion of technology with the human mind. Showing how current neoliberal norms can be baked into AI, this story sheds light on the obvious side-effects technology has on the human soul. Although a lengthy probe into the works of Rousseau and the idea of noble savages can be undertaken, for the purposes of this review it is better to merely cite the words of ZHPL himself; delving into the specifics of the woes of unchecked advancement, he states,

Technology hurts us in a lot of ways, because it lures us into Goodhart’s law hazards (any proxy of success ceases to be proxy of success when you optimize for it directly) and it produces unfathomable excesses of time and energy, which we then use in human, all too human ways. Technology does good things for us: it feeds us, it cures (some of) our diseases, it allows us to master harsh terrains, and it allows us to out-communicate and out-coordinate our enemies. But these things come at a terrible cost. As our power increases, our power to destroy ourselves also increases, and it’s not a question of if, it’s a question of when and how. I don’t mean “destroy ourselves” on a grand, nuclear apocalypse scale, I don’t mean on a climate change scale (and climate change, though real, is exaggerated histrionic propaganda designed to control you.) What I mean is that technology equips each man, individually, with many novel ways to destroy himself. There are also many ancient ways to destroy yourself, but modern man is also the product of an evolutionary history that optimized him to evade those ancient methods of self-destruction. We have no such adaptations to protect us from novelty.

Pending KPI’s accuracy, it has the potential to be listed among the greats of dystopian fiction. If the story’s premonitions come to fruition, it will be lost to time; if and when the current order dissolves, it has a chance to survive. There are countless examples of dissident thinkers and writers in our past whose work underwent neglect or even attempted eradication. Some are lost to time, while others persisted. ZHPL’s namesake, H. P. Lovecraft, is one such example. Dying alone and destitute, it took decades for his work to finally be appreciated. It should not be lost on the reader of this review that Lovecraft’s ideological standpoints broadly align with those of the current Dissident Right and Counter-Currents.

As mentioned above, there is a growing camp of writers and artists who are doing great non-conformist work. As ZHPL stated, this is occurring completely outside the purview of legacy publishers, in the world of fine art, galleries, and dealers. If politics really is downstream from culture, then this burgeoning movement will hopefully serve as the catalyst to something new and, at minimum, authentic.