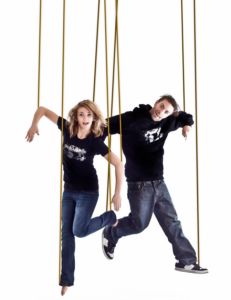 Well, friends, we dun goof’d. We predicted, as a movement, as thinkers, that Russia would not invade Ukraine. We are, of course, at the time of writing, into the third week of Russia’s invasion of Ukraine, so it behooves us to look into what happened and where we went wrong so that our analytical apparatus can meet the next crisis better prepared.

For a slice of the wrong predictions in that long-forlorn time of February 2022, you’d do well to read John Morgan’s article about why Russia won’t invade Ukraine (but is still winning) right here on Counter-Currents. Before we proceed, let me first clarify that in no way, shape, or form am I singling Mr. Morgan out for criticism. We all screwed the pooch on this, as did I. When I went to bed on the eve of the invasion, I agreed with that article’s predictions about the future. My own reasoning was that Putin wouldn’t invade Ukraine because it would be irrational to steal what you can buy cheap, and he could have simply bought the notoriously corrupt Ukrainian government’s loyalty. I believed at the time that the Ukrainians were getting wise to NATO’s treachery and America’s fickle nature and would try to deescalate their ongoing conflict with Russia. I was wrong on that, too. Many people were wrong. John’s article is merely emblematic of those mistakes that we made in that period.

So, we dun goof’d. Why? Russia was massing troops on Ukraine’s borders. Why didn’t we see it coming? Many people explained their reasoning as such: The media in the West warned of an impending Russian invasion, therefore they believed the opposite. Russian troops were merely on a military exercise. The Russian media claimed Russia didn’t intend to invade Ukraine. Ostensibly independent analysts claimed that the Western media were just stoking fears and that Russia wouldn’t invade. Nobody believed Russia would invade. I myself conveniently forgot all I had learned about geopolitics in the European plain and predicted no invasion and no war. One of my friends, the genuine Russia insider who runs the Edward Slavsquat blog, called it “complete epistemic failure” on the part of dissident media to predict this war. But before we get into why, let’s take a detour into the exciting world of modern Korean cinema.

A Taxi Driver is a 2017 Korean film about the 1980 uprising in the city of Gwanju. A West German reporter retains the services of a Seoul taxi driver to drive him to Gwanju so that he can investigate the rumors of an uprising. The taxi driver, himself ignorant of what is happening, drives the reporter there. What they find is a full-scale uprising by student radicals and a city under siege by the Korean military, with all communications cut. Nobody can get in or out of Gwanju, and no word can come in or out of it, either. For all intents and purposes, nothing is going on in Gwanju.

The film is entertaining and presents a slice of Korean history not often discussed in the West. It is also built using the tropes and canards of the Nuremberg moral paradigm, and as such deserves a savage and merciless deconstruction. But that is a story for another day. For now, I’d like to direct your attention to a very important fact in the film. The Korean military completely locks Gwanju down with the cooperation of the communications services (the post office, telecommunications, etc.). No information can come from Gwanju except what the military and the communications monopolies deem acceptable to make public. So, how does one learn what’s going on in Gwanju? You’d have to be a Western reporter confident of his relative immunity and a taxi driver desperate for money to even try to get into the city, and that means trying to go around or breaking through the military blockade. In other words, there is no legal way to do it; you’d have to break the law and expose yourself to imprisonment and death.

But that’s now impossible in this day and age. The Internet has unleashed the citizen-journalist, and governments can no longer lock down cities in such a way. How is censorship possible when everyone has a camera and a microphone in his pocket?

I hate to break it to you, folks, but the Internet is more centralized than we’d like to think. Governments can always cut it off at the ISP level, but beyond that, most of what we consider “the Internet” these days consists of centralized platforms. This is probably inevitable, The fact is that most people aren’t technically savvy enough to run their own sites, or even to take part in forums, as was the case in the 1990s and 2000s. The many little forum fiefdoms of that period have been replaced by the hegemonic Big Tech entities of today. Predictably, we are seeing all sorts of censorship from them. Therefore, if a sufficiently powerful entity decides to cut a region off from the rest of the planet, it is going to happen. But our epistemic failure on this latest Russo-Ukrainian conflict wasn’t merely due to lack of information.

The Kremlin regime does not have much power over Western Big Tech. While they can crack down on VKontakte and Yandex, strong-arming Google, Facebook, and Twitter is a taller order. There’s a subtler way to practice the art of deception than outright censorship, however, and that’s the cultivation of various forms of narratives which not only deceive, but also sometimes cultivate an environment of epistemic nihilism through their blatant falsity. While the Kremlin is masterful at this, the West is no slouch in this department, either. Anger totems such as Alex Jones and irony bros like Nick Fuentes have created an environment where nothing said need have truth content; it only has to “feel right” according to the prevailing mood of the moment.

Such screamers and snarkers exist on the Left as well, as in the center. What they utter are worse than lies, they’re anti-truths: lies formulated so as to break the framework which would allow for any notion of truthfulness in expression. The Kremlin has its own coterie of such anti-truth peddlers speaking in the dissident thought space, of course, exploiting the epistemic nihilism created by Western governments for their own ends. We know them as “the Russophile media,” and they were adamant that there’d be no invasion of Ukraine. In fact, they considered anyone who said there would be an invasion of the Ukraine a neoliberal shill. Thus, they managed to hijack dissident discourse on this issue. Believing that Russia is intending to invade Ukraine became “cringe,” as the kids like to say.

All of this could have been dispelled by facts. But facts were drowned out in a sea of hot takes, and very difficult to come by. I have contacts on the ground in Moscow and St. Petersburg. Counter-Currents and allied organizations have many friends in Kiev and Kharkov. But we didn’t have men on the ground in Belgorod, Kursk, and Rostov-on-Don, where the invasion was being staged. The Russian government managed to limit the information coming out about its genuine intentions and movements while saturating the Internet and media spaces with disinformation, misinformation, and anti-truths, managing to polarize the West, including its dissident space, by making positions in the conflict a loyalty test. Conservative-minded people in particular are vulnerable to such loyalty tests because they have the brains of soldiers: Loyalty is the highest virtue for them, and they’re always checking the loyalty of their compatriots while signaling their own. Even dissidents fall prey to this instinct.

I want to reiterate that all the Kremlin does is exploit vulnerabilities already created by the governments and other powers in the West. The state of epistemic nihilism is already here, fomented in order to make impossible the mounting of effective resistance against the West’s ruling regime. Nihilism breeds defeatism, and defeatists accept the default ruler, following only the basest animal instinct to seek reward and avoid punishment. By injecting a dose of weighted misinformation, foreign regimes such as the Kremlin’s can cause further confusion in already confused spaces.

There is a silver lining to this, of course. I’ve already pointed out that Western intelligence services are concerned with monitoring and controlling — and if that’s not possible, disrupting — the Dissident Right thought space, as well as any political organizations which arise out of it. The hijacking of dissident thought on the question of the Russo-Ukrainian War shows us that not only the Western ZOGs, but also the Russian ZOG in the Kremlin is interested in controlling and directing this thought space. That’s two out of three globalist empires desperately trying to disrupt this tiny, niche ecosystem of thinkers, bloggers, podcasters, publishers, and researchers. Sometimes they succeed, but we can always retrench, regroup, and learn from our epistemic failures to become better thinkers.

The last concern is the problem of not having eyes and ears on the ground. We did not have the relevant data because we didn’t have the eyes to see and ears to hear, but these are problems we have no power over. I will leave you with the story of Nasreddin Hodja and the Center of the World.

It is said that one day Nasreddin Hodja went to the teahouse, and someone asked him where the center of the world is. The wise Sufi answered, “The center of the world is in front of this teahouse, where I just now hammered the nail to my donkey’s bridle.” When the questioner said he did not believe this, the mullah sat back, took a sip of his tea, and answered, “If you don’t believe me, go measure it yourself.”

You can, of course, read my own treatise on dissent and the dervish (linked above), but briefly, the moral of the story is that some things are unknowable from a position of powerlessness. The center of the world is one of them. Positions of Russian troops on the eve of an invasion of Ukraine is another. The answer could be to believe the mullah, but another way might be to attain the mullah’s wisdom ourselves — and part of wisdom is recognizing that we have no eyes and ears where the bulk of the action is. We are looking at the world through flashing rectangles and confuse them with the world, but they’re not the world. They’re things through which men tell us things, and men lie: out of malice, out of ignorance, as part of a stratagem, for sport, or because they’ve stopped believing in truth. But they lie nevertheless.

» Civilizational Clash! The Tyranny of the New World Order