The Next Civil Rights Cause Du Jour 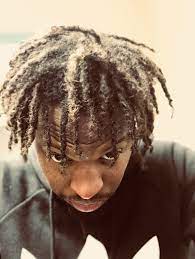 At last Congress is stepping up to deal with the real problem plaguing America: the need to protect black people who keep their hair in dreadlocks.

There’s been a lot going on in the world. The last few years have been a very bumpy ride, and with no signs of abating. Lately, the illegitimate occupant of the White House rapidly undid three and a half decades of progress toward détente with Russia and reignited the Cold War. We have lots of other fine messes, of course: inflation the highest since the Carter Quarters days, turbulence in the stock market, soaring fuel prices, and so forth. A food shortage may possibly be the next engineered crisis. None of that is going to matter much if the mentally incompetent Resident Bidet gets the bright idea to push the Big Red Button, however.

The only bright spot is the black humor of seeing rabidly anti-Russian propaganda from the mainstream media, that fine institution that had been shilling for their Soviet buddies from the 1920s up through the 1980s. Still, even as grim as things have become, it’s reassuring that Congress is addressing a great crisis in civil rights.

Rest assured that the United States has seen times of trouble before. In 1861, the country was also on the brink of war and falling apart at the seams. As President Lincoln had predicted a few years prior: “‘A house divided against itself, cannot stand.’ I believe this government cannot endure permanently half slave and half free.”

Today, the world is threatened by the specter of nuclear annihilation. Just as it was 16 decades ago, we also have a great civil rights crisis at hand. This time it doesn’t have to do with slavery; it’s about nappy hair.

To that end, the House of Representatives has passed bill H.R. 2116, which describes itself as the “Creating a Respectful and Open World for Natural Hair Act of 2022,” or the “CROWN Act of 2022”. (Why wouldn’t that be abbreviated as the CROWNH Act?) It creates a protected category for, as the repeated boilerplate goes, “hair texture or hairstyle, if that hair texture or that hairstyle is commonly associated with a particular race or national origin (including a hairstyle in which hair is tightly coiled or tightly curled, locs, cornrows, twists, braids, Bantu knots, and Afros).”

This is puzzling; why “locs” instead of dreadlocks? Maybe the Jamaican ambassador can school them about the complete spelling of dat ting we do wid our ‘air, mon.

Although the language makes it seem as if it applies universally, this more or less specifically singles out black hair for special protection without actually calling it black hair. There’s a lot of emphasis on “tightly coiled or tightly curled” hair and what can be done with it. How many races have this? Section 2.(a)(4) through paragraph (8) repeatedly complains about people of African descent receiving nappy hair discrimination. This easily-offended race is mentioned specifically elsewhere as well. Are blacks forgetting that they’re already a protected category under the law, and outrageously pampered at that?

There actually have been a handful of American Indian hair controversies, though I seriously doubt the authors of the bill were thinking of Mohawks or Comanche double braids (as opposed to narrow African braids). They certainly didn’t mention them specifically. Neither did they mention ancient European fashions like the Suevi side-bun, or the Tartessian double coil, better known lately as the Princess Leia.

If it passes and gets signed into law, could I benefit from this? I do keep my golden tresses long in memory of my Viking ancestors. (It’s real, so of course I’m going to show it off.) When I grow a beard, all I’d need is chainmail and it would look like I’d just jumped off a longboat. I doubt I could win a discrimination suit over my ethnic fashion choices under the CROWN Act, however. I can see it now: “But Your Honor, I declined to hire the plaintiff because he looks like the bass guitarist for a third-rate dive bar band, not because he looks like a barbarian.” Ah, the law is an ass!

The word “privilege” has been bandied about so much in recent times that it makes me bristle. It’s time for some clarity. The thing to keep in mind is what distinguishes a right from a privilege. A right applies to everyone, while a privilege is a perk applying to some people but not others. Putting it another way, this is the difference between universal rights and special rights. Therefore it was at least somewhat important for our lawmakers, while writing the bill, to craft the language carefully to make it seem superficially as if it doesn’t benefit only one race. The government is still making a superficial attempt to show that it’s running on the ever-so-lofty principles of absolute egalitarianism, and to hide the fact that it’s operating as a racial spoils system.

It’s wonderful that they thoughtfully prioritized their valuable attention toward civil rights at a time like this. Fortunately, Congress is promptly addressing the dreadlocks crisis, fitting it into their busy schedules while the economy is falling apart and the Doomsday Clock hangs at 100 seconds to midnight.

The mainstream media weighs in

Janelle Griffith helpfully quoted one of the bill’s co-sponsors, indicating that this is serious business:

Without naming him, she referenced Andrew Johnson, a Black varsity high school wrestler in New Jersey with dreadlocks who was forced in 2018 to make a choice: cut his hair or forfeit his match.

“This bill is vitally important,” she said. “It’s important to the young girls and the young boys who have to cut their hair in the middle of a wrestling match in front of everyone because some white referee says that your hair is inappropriate to engage in your match.”

It’s great that federal lawmakers are managing to tackle oppressive high school rules about appearance while the Commander-in-Cheat is pushing us closer to World War III.

Digressing a bit, this (as well as the next article cited) is an example of a trend in the mainstream media: selectively capitalizing some races but not others, and you know which. I asked a journalist about it, and was given a reference to a New York Times article explaining this; including “white doesn’t represent a shared culture and history in the way Black does, and also has long been capitalized by hate groups.” I haven’t read all the pilpul, but I see that’s similar to the Ta-Nehisi Coates shtick of saying blacks exist but whites don’t. (Somehow it never stopped the celebrated skintellectual from blaming wypipo for everything wrong with the world.) Yeah, sure, this odd editorial policy is all about our lack of shared culture and history, and nothing to do with signaling disrespect; right . . .

Moira Warburton of Reuters fills us in on some further details:

The bill, known as the CROWN Act, was co-sponsored by Democratic Representatives Ilhan Omar and Ayanna Pressley, among others, who cited research showing that Black students were significantly more likely to face school detention, often for dress code violations based on their hair.

“I want my two girls to grow up in a world where they know they will not be discriminated against because of their hair or the way they look,” Omar said in a press release on Friday after the vote.

If discrimination against blacks is already illegal, then why do they need another law to cover nappy hair? From these quotes alone, it sure does seem that they had cullud folx in mind specifically, rather than some lofty standard of universalism. The article goes on to say that it passed the House of Representatives “with some bipartisan support” (thanks, RINOs) and is being sponsored in the Senate by Cory Booker.

Why not be the change you seek in the world?

I checked out their page on Wikipedia — shame on me, of course. According to the photos on the planet’s ultimate source of human knowledge, none of the named politicians show off any of the enumerated hairstyles they’re trying to turn into a protected category with their landmark civil rights legislature. Ilhan Omar wears a headscarf, so her hair is not visible. Ayanna Soyini Pressley is as bald as a Skrewdriver lineup. Bonnie Watson Coleman has her salt-and-pepper hair conked straight. Much like Representative Pressley, Senator Booker has a chrome dome.

All of them have African ancestry to some degree, from Representative Omar (who appears to be part Nilotic, part Arab) to the other two ladies (caramel-complexioned but otherwise with distinct African features) to Senator Booker (who appears to be black but not very much so, possibly with Jewish admixture). Why aren’t they showing off any of the exotic hairstyles they’re so passionate about protecting?

The answer is another word that makes me bristle: optics. (I’m terrible at it.) With politicians, image is everything, which is why they generally don’t let it all hang out in their appearance. In the deep-blue constituencies the CROWN Act’s sponsors represent, they could wear banana peels on their heads if they felt like it and still win elections. Even so, they realize that people in high-status professions have to make reasonable compromises in their appearance, which means not looking like they just stepped out of a grass hut somewhere in the jungle. Perhaps they don’t like conforming, but they’ll do it for a job.

I don’t fault blacks for wearing afros; it’s natural. Braids are a good style, too. There are some other ways to arrange nappy hair that don’t look so great, however. There are certain hairstyles that tend to say something about one’s social class. This is rather like the principle that one must dress appropriately for one’s profession. For example, it’s hard for someone in grease-stained overalls to be taken seriously as a loan officer, and a three-piece suit just wouldn’t work in a mechanic’s garage.

All told, it would be natural for anyone to feel uneasy about trusting one’s life to a cardiovascular surgeon wearing dreadlocks. If the surgeon was someone wearing a Mohawk or a mullet, it would be no different. I rest my case.