The Demonization of Russia Must End 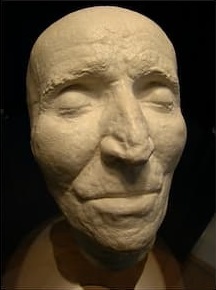 It would be an understatement to say that I completely agree with Robert Wallace’s argument in his article “End Brother Wars in Ukraine.” Finally, a voice of sanity appears from the Dissident Right.

We live in a truly barbaric world; so much so that even many of our brethren seem to have succumbed to the irrational pearl-clutching and beta-cuck emotionalism on the Ukrainian question that one would expect from a soyboy Leftist or a Republican who thinks that Marjorie Taylor Greene is a profound political theorist.

Yes, what is happening in Ukraine is a tragedy. It is a shame that white Ukrainians are dying to support a historically corrupt government led by a Jewish clown that is supported by the likes of the World Economic Forum, NATO, the European Union, and the American Uni-Party, all of which are either consciously or subconsciously dedicated to white extermination. It is also a shame that millions of white Leftists support Black Lives Matter, antifa, and other organizations overtly dedicated to the elimination of the white race. Matters are not helped, however, when members of the Dissident Right engage in the wholesale demonization of all things Russian, which — let’s face it — is just anti-white rhetoric with a Slavic accent.

The ironies abound. I notice that Steve Bannon has joined the virtue-signaling and has changed the theme music of War Room: Pandemic from Chinese rap to Mussorgsky’s The Great Gate of Kiev. There’s just one problem with that: Mussorgsky was Russian, not Ukrainian. In fact, Mussorgsky shared a hometown, St. Petersburg, with one Vladimir Putin.

And speaking of Mr. Putin, he’s never harmed me in any way, but he is opposed to GloboHomoism, anti-whiteism, vulgarity, barbarity, and the perversions of the World Economic Forum, NATO, the European Union, the American Uni-Party, and their anti-white taskmasters, all of whom wish me dead.

Remember “Freedom Fries?” Well, Mike DeWine, the corrupt midget who is nominally the Governor of Ohio, has just banned the sale of Russian vodka at all liquor agencies in the Buckeye State. Take that, Vlad! Of course, since there is now neither oil nor fertilizer coming from Russia, Ohio farmers are rapidly reducing the acreage they will plant this spring, thereby exacerbating the impending food crisis. Incidentally, Vlad just today announced that he is forbidding the export of grain to the West until June 15. Advantage Vlad. Perhaps we should change the name of Russian Roulette to Freedom Roulette.

Of course, our GloboHomo rulers never pass up an opportunity to erase the white race’s unmatched artistic heritage. The great conductor Valerii Gergiev and the magnificent soprano Anna Netrebko have been banished from the Metropolitan Opera House for the crime of wrongthink, as the expression of any support for Putin is — if not another holocaust — at least another holodomor.

But let us go back to Vienna on May 24, 1809. Napoleon’s forces had occupied Vienna. Joseph Haydn was lying on his deathbed, and the following scene took place as described in a letter by a witness:

Three days before Haydn’s death, . . . in the afternoon after 2 o’clock, just as Haydn was having his afternoon nap, a French officer of the Hussars came to make his acquaintance. Haydn received him, spoke to him about music and especially about The Creation and was so lively that the officer sang to him the Aria, “Mit Würde [sic] und Hoheit angethan,” with the Italian text. The officer sang in such a manly way, with such sublimity, and with such truth of expression and genuine feeling for music that Haydn could not hold back tears of joy and not only told the singer but afterwards other people that he could altogether recall no voice and no song that had given him so much and such real pleasure. After half-an-hour the officer got on his horse and — rode off to fight the enemy. He left his address which (as far as one can tell) reads: “Sulimy, Captain des Hussards.” Let us hope this noble gentleman learns that it was he to whom Haydn owed his last musical pleasure, for after that he did not hear a single note . . .[1]

Captain Sulimy — that was mighty white of you.