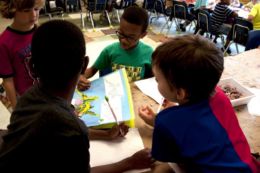 While doing a deep dive into Richard Haier’s illuminating textbook, The Neuroscience of Intelligence [3], I was reminded of something Academic Agent said during a particularly interesting episode of Millenniyule 2021 [4]:

I still maintain a number of criticisms I made of the Alt Right back then. If you remember, back in 2017, everybody talked, non-stop, almost 24/7 about IQ, right? And I am still, even to this day, not convinced that that talking point brings any relevance whatsoever to anything at all.

I think it’s equivalent to the scientific facts about COVID. The normie public do not care. And if you talk about IQ, they just switch off.

But also, the realities of race are not contingent on IQ differences. Okay, the realities of race are contingent on ever-hard facts, like in-group preference, for example, or like, for example, how can I say, you know, if I were listening to one of your conversations with Jim Goad and he was saying, like, you know, you can have this attitude that you don’t see race, but they do. Right? To me that is a more compelling point than just saying, like, well, on average, this group is 83 and this group is 96 and this group is 110. Okay, so what does that tell me? Let’s introduce a whole pint of Chinese into this country. It doesn’t mean anything to me.

I sympathize with this perspective, of course. Within the context of Dissident Right political thought, it would be a mistake to boil most of our politics down to IQ. As we all know, IQ, like most human traits, forms a statistical bell curve when distributed across a population. An ethnocentric platform must be willing to accept and cater to the entirety of a racial or ethnic population, regardless of IQ.

To place IQ over ethnos, as Academic Agent correctly states, would defeat the purpose of White Nationalism, since high-IQ people of all races would flood traditional white nations just as low-IQ non-white people are doing right now. Further, IQ worship, as I call it, brings with it the danger that it might allow high-IQ non-whites into our nations as a sort of Trojan horse, and then they would in turn enable low-IQ non-whites to enter later. Many high-IQ non-whites are quite ethnocentric, after all. Blood rather than intelligence, it seems, is the stronger civilizational adhesive.

Still, something about this utter dismissal of IQ didn’t sit well with me. Yes, normies may well “switch off” when they hear talk about IQ. But how much of that results from psychometrics or statistics in general being incomprehensible, or simply dry and uninteresting for most people? I’m sure the most engaging YouTuber would have a hard time keeping viewers when trying to explain why, in the matrix algebra of factor analysis, the number of subjects must be greater than the number of variables; or how restriction of range can conceal the predictive power of SAT scores at universities, or how the Raven’s Advanced Progression Matrices tests may be a better estimator of the g-factor than IQ. As with anything technical, there is plenty that is boring about the subject if you’re not already into it.

And if hearing about IQ too often becomes a turn-off, well, can’t you say that about anything? Would Academic Agent feel the same way about blood and soil nationalism if he had heard people on the Alt Right blathering on about it non-stop back in 2017? I think the problem is more about people discussing IQ to the exclusion of other important topics than about discussing IQ at all. This is what I took from this portion of Academic Agent’s appearance on Millenniyule, at any rate, and it’s a fair point.

But still . . . I find myself always coming back to IQ.

As I’ve stated before [7], noting the inherent difference in intelligence between blacks and whites is what started me on the road to dissidence. And nearly 100% of the people I’ve brought along with me, I red-pilled the same way: by demonstrating that IQ is real and that intelligence is not bestowed equally among the races. It seems that once a person accepts this, he automatically becomes a dissident, since race-realism necessarily rejects the racial egalitarianism which is the linchpin of all modern Leftist dogma. Much of current globalism falls apart without it — which explains why globalists so vehemently suppress race realism. And since the days of race-realist socialists like Jack London [8] are long gone, the farthest left such people would dare creep today would be into the culture-spaces dominated by the likes of John Derbyshire and Stefan Molyneux. As far as Overton windows go, this is excellent.

This is why I think that IQ rejection — that is, rejecting the importance of IQ and intelligence in forming dissidents and their politics — is every bit as problematic as IQ worship. Race-realism should play a role in any ethnocentrist platform, but certainly not the only role. And how important this role is often depends on location and the populations in question. When demarcating distinctions between neighboring ethnicities with similar IQs such as, say, Romanians and Bulgarians, then cultural elements such as language, tradition, and religion could very well trump IQ. This is why the IQ question should rarely enter any conversations about petty European nationalisms.

On the other hand, when a white diaspora finds itself sharing a country with millions of sub-Saharan Africans whose IQ is a standard deviation lower than theirs and whose temperament is far more violent and impulsive, race realism becomes a necessity for survival. This was a no-brainer a century ago, when the Left hadn’t yet completed its long march through our institutions. During this time of — for lack of a better term — white supremacy, black-on-white crime was much lower than it is now.

Here’s Jim Goad with an example of modern black-on-white crime [9] which could have been avoided with a healthy dose of race realism:

In contrast, from the years 1996 until 2008, there were an estimated 271,224 black-on-white rapes [10] in the US. Since blacks have a much higher rate of sexually transmitted disease than any other American group — they account for 42% of all HIV cases [11] alone — I think it’s a safe bet that over that 13-year period alone, black rapists gave white Americans enough sexually transmitted diseases to kill at least 5,000 of them, and I’m probably lowballing it.

Such statistics would have been unheard of a century ago, because race-realist folkways and customs found everywhere in the West protected whites from the manifest danger brought about by free black populations. That there were fewer black police chiefs, bank managers, and brain surgeons back than was a small price to pay for a generally safe and orderly society.

But now that the Left has not only completed its march through our institutions but is in the process of destroying them, obfuscating racial differences has become its top cultural priority. In the past 50 years, the Left has brought this about mainly through legislation, integration, propaganda, and affirmative action. Race realism, when expressed in scientific and psychometric terms, becomes the best defense against this four-pronged attack because it undermines all of them. And describing the obvious physical differences between the races just isn’t going to cut it. No, we have to go to the genetic level.

As it happens, the promoter for MAO-A is quite variable in the human population. People may have two, three, four or five copies of it, and the more copies they have, the more of the MAO-A enzyme their cells produce. What difference does this make a person’s behavior? Quite a lot, it turns out. People with three, four or five copies of the MAO-A promoter are normal but those with only two copies have a much higher level of delinquency.

Basically, the number of MAO-A gene copies a person has correlates positively with impulse control. After citing a study which helps prove this, he writes:

If individuals can differ in the genetic structure of their MAO-A gene and its controls, is the same also true of races and ethnicities? The answer is yes. A team led by Karl Skorecki of the Rambam Health Care Center in Haifa looked at variations in the MAO-A gene in people from seven ethnicities — Ashkenazi Jews, Bedouins, African pygmies, aboriginal Taiwanese, East Asians (Chinese and Japanese), Mexicans and Russians. They found 41 variations in the portions of the gene they decoded, and the pattern of variation differed from one ethnicity to the next, revealing a “substantial differentiation between populations.”

Then for the coup de grace, Wade offers a study led by Michael Vaughan of Saint Louis University from 2012 which demonstrates that five percent of the black men they observed possessed only two of these MAO-A promoters. The researchers then compared the members of this group’s life histories to those of the blacks with three or four promoters, and found that the former group was much more likely to be arrested or imprisoned. Wade notes drily, “The same comparison could not be made in white, or Caucasian, males, the researchers report, because only 0.1% carry the two-promoter allele.”

This is great. Here we have scientific evidence which refutes Leftist egalitarianism and the absurd claim that it is racial oppression or “white supremacy” which puts so many black males in prison. No, it’s not on whitey. It’s on genetics. Watch as I do some armchair mathematics.

Ain’t it funny how that works?

So 5% of black males carry the two-promoter allele and 5% of the prison-eligible black men in America are currently incarcerated. I know it’s not nearly as simple as this. The Saint Louis University study is only one, and there are many other factors which determine incarceration rates. A lot more work still needs to be done in this field, I’m sure. And the 20% figure I came up with was little more than a reasonable guess based on this census document [13]. Basically, in 2013 there were around 45 million black people living in the United States, and approximately 7.2 million of them were nine and under (16%) while 1.61 million of them were 75 and older (3.5%). So, 19.5%, rounding up.

Not exactly exact, but still, at first blush, the predictive power of the MAO-A promoter gene is uncanny, to say the least. So is its power to undermine Leftist egalitarian dogma.

There ought to be an ICQ (impulse control quotient) test which could measure impulsivity in the same manner as IQ. As it stands, we cannot quantify impulsivity as well as we can psychometrically quantify intelligence. Furthermore, our quantification of intelligence directly correlates not only with real-world consequences — from socioeconomic status to deaths from automobile accidents — but also to physiological processes and structures which can be observed and mapped with a great deal of accuracy in the brain.

This is the main thrust of Richard Haier’s The Neuroscience of Intelligence, which lays to rest any doubts about the reality of IQ. Exactly how this happens and how this knowledge can be applied to a dissident ethnocentric platform will be covered in future installments of this series.