Visions of a New Whiteness 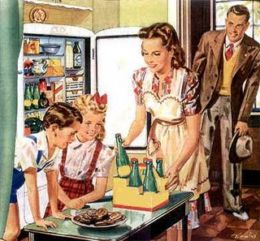 White people get a lot of flak, and most of this criticism is unfair and ridiculous. Whether it be 80 IQ hood rats making excuses for their situation, Jews blaming whites for everything under the sun, or the critical race theory crowd claiming that whites created everything but that this is somehow a bad thing, most anti-white blood libels are simply ridiculous copes for the failures of other races. When this vitriol is internalized by the gullible, it can only lead to the suicide of whites — which, of course, is the intention.

Interestingly, the idea that there is no cure for whiteness apart from suicide manifested in popular culture as early as 2013 in Bioshock Infinite, as American Krogan explained in a recent Counter-Currents podcast on the Bioshock series. Appropriately, they throw their feces until something sticks. There is one description of whites which is genuinely something of a problem, however.

When we think of the term “whiteness,” we now think of the pseudo-intellectual screed of some fat, 105 IQ affirmative action graduate student. True whiteness as a caricature of white society is what we must dissect if we are to improve ourselves, however. Unlike the aforementioned midwit, the hood rat sees whites in large part as we are, though obviously in a negative light and in an exaggerated form. To him, the white man has a nasally voice, lives in a soulless suburb, drives a sedan while his wife drives a minivan, has little command of any high culture, is inexplicably incapable of seasoning food correctly or pronouncing exotic words, and has high impulse control. They essentially see us as Glenn Youngkin — or at least the character he portrayed while campaigning.

There is much truth to this. In the same way that organic stereotypes emerge among whites concerning the way blacks are, which are likely seen as exaggerated from a black person’s point of view, blacks come to similar conclusions about whites independent of the fake skintellectual, masochistic fantasies concocted by the establishment’s blacks and their Jewish ghostwriters. Youngkin might not actually be the Ralph Lauren-wearing suburban dad next door, but he did portray himself as such, and the suburban whites, many of them shitlibs, clearly ate this up. Again, stereotypes go both ways.

Whites, even in our dissident circles, often falsely take pride in this bourgeois degeneration of the white man. At the same time, the bourgeoisie is the best we have. The Right’s new tendency to cater to the working classes is misguided, as many of those yokels are not our people, despite the post-Trump misunderstanding that they are. While these types did tip the scales towards our guys in 2016, they are a niche demographic in a few niche industrial states. This is no different from targeting blacks — not because the propaganda will actually work on them, but because the fantasy of a rainbow coalition on the Right sounds nice.

Yes, our base is the white bourgeoisie, despite them being rightly recognized by the brown mass as “cringe” and “whack.” Images of white boomers in MAGA hats signing “YMCA” should be flashing in your mind. It is no wonder, then, that for decades young whites have attempted to escape from this spiritual dungeon to no avail.

Irvine, California illustrates this trend perfectly. It is perhaps the most soulless city in the country, run by a multibillion-dollar corporation in Blade Runner dystopian fashion, yet is often ranked among the top cities in the United States to live in. By analytics — a very “white” metric –, this is true. And yet, the angst bred in this city has birthed more than one famous anarchist punk band. Irvine is a great place to raise kids, if by that you mean low crime and schools that produce high test scores — and only high test scores. It is a terrible place to raise kids if you want them to develop a personality and have basic social skills. To be young in Irvine is to be an unspoken undesirable. There is no open space to claim for adventure, as Bronze Age Pervert discusses, and this is necessary for healthy child — especially male children’s — development. There is only conformity, comfort, and consumption. And it can be no coincidence that the Chinese, who have long since renounced the subtle, have now colonized this cookie-cutter suburb.

The forced defense of this white-bread whiteness has led the angsty youth to be led astray by the very forces which caused the problem. Thus, the system manipulates their rebellious tendencies into fodder for the system, as Ted Kaczynski recognized in his famous essay, “The System’s Neatest Trick.” How can we counter the Leftist’s subversive contention that whites or Americans have no culture when the average European-American is a deracinated burgher with no deeper roots than his adversary?

This modern drabness is not exemplary of the Faustian spirit but of a degeneration brought about by comfort and abundance. Whites’ ideals have become bourgeois and cosmopolitan — an “assimilated” Jewish ideal, essentially. Indeed, the characteristics of supposed “whiteness” are actually those of a half-baked Jewishness. Jews can’t dance, they have very low time preference and are thus very careful, they aren’t exactly known for their cooking skills, and they are typically boring, bourgeois people with no real roots in their host nations. It is no surprise that they blend in so easily in the white world, as they have molded society in an alien way, making it so that the white man’s only ambition is to be a failed Jew.

It is incredible that this way of life has been internalized in even the most “based” white people. The Left has mastered the frame game. In the same way that the Jewish globohomo empire based out of DC and New York was able to frame conservative rednecks as being responsible for the Iraq War, the Judeo-New England consensus monoculture has framed whites as being responsible for the spiritual buck-breaking of non-whites, which has in fact affected not only blacks but whites as well.

There must be an attempt to strike back against this clever framing. Ned Flanders-ism without the religious backbone is harmful in and of itself to our culture, but to counter that this foreign and completely inglorious way of life is somehow characteristic of the essence of whiteness will likewise serve as a tool against non-whites’ blood libel against our people. It is all too common that Black Nationalists rave against whites’ supposed actions when in reality the cause of their problems is a Brooklyn Jew. I have no expectation that we can or even should create a coalition with these types; indeed, a simple game theory analysis shows that this alliance could never be profitable for us, as the Black Nationalists truly hate and want to exterminate us, despite getting close to the truth once every blue moon. Despite this, it will surely be a useful weapon against the blacks’ charge that whites are spiritually buck-breaking their people.

If this white picket fence type of whiteness is not a path of glory, spiritual enlightenment, or the reinvigoration of the virile spirit, then we will need a new vision for a positive whiteness — not in terms of the Jewish fantasy of defanging whites, as our enemies dream, but towards a path that will actually lead to the betterment of whites — and one in which our enemies’ interests are irrelevant.