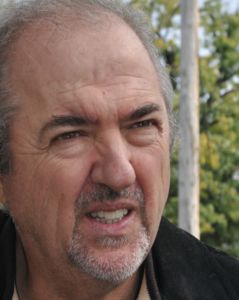 Colin Flaherty, author, journalist, and tireless reporter on black crime, has died. This is tragic in and of itself, of course, since, at the age of 66, the man was taken by cancer before his time. But for dissidents today, his passing has an even deeper meaning.

As of a few years ago, Flaherty was still a (barely) respectable mainstream writer who, while rankling many on the Left with blunt truths about black crime, still eschewed true dissidence. In his writings, he opposed “racism” and racial identity and spoke out for all victims of black crime, regardless of race. He abstained from offering explanations for the high rate of black crime (such as genetic proclivity towards violence, low general intelligence, and poor impulse control) and further abstained from calling for whites to organize in support of their racial interests. He just stuck with the awful facts, and let his audience come to their own conclusions.

The mainstream media also never left his crosshairs. He continually reported on the media’s excuse-mongering and cover-ups for black crime. Much of Flaherty’s work was aimed at busting the myth of black victimhood. He turned a deaf ear to all egalitarian moralizing and anti-white finger-pointing coming from the Left and put the blame squarely on the shoulders of black criminals themselves, as well as on the media elites who tacitly allow black crime to fester through their deliberate lack of interest. He never offered mitigating excuses for either of these offenses and never stopped caring about their victims. In his oft-banned YouTube videos, he’d euphemistically refer to his black subjects as “the fellas,” and underscore all their senselessness and barbarity with a wit both world-weary and irrepressible.

His work often appeared in conservative outlets such as WND, Front Page Magazine, and American Thinker — and, before his turn towards black crime reporting, in mainstream publications such as The New York Times, the Los Angeles Times, and Time Magazine. His black crime books White Girl Bleed a Lot (WND Books, 2013), Knockout Game a Lie?: Awww, Hell No! (BookBaby, 2014), and Don’t Make the Black Kids Angry (CreateSpace Independent Publishing Platform, 2015) — great titles, all — were reviewed in mainstream publications such as The Village Voice and The Washington Post (as well as by yours truly in Counter-Currents in 2016). He also received high praise from black conservatives such as Thomas Sowell and Allen West.

For the Dissident Right, however, Flaherty’s passing should be especially tragic given how, only in the past few years, he accelerated his rightward trek away from the mainstream. In what I call the Consolidation of the Right, we’ve been seeing recently how some conservative or independent writers, pundits, and opinion-makers have begun working with white identitarians and nationalists. Examples include Michelle Malkin speaking at the 2021 American Renaissance conference, Jim Goad joining Counter-Currents in 2020, and Colin Flaherty developing a positive relationship with Jared Taylor in 2019. These are all wonderful developments, not least because a writer of Flaherty’s prominence lends great credibility to notions such as race realism and white identity, the adherents of which the far Left would like to marginalize. People on the Right are beginning to realize that what we have in common far outweighs our differences, especially in the face of encroaching Leftist totalitarianism. It is thanks to people like Flaherty that this consolidation is taking place at all.

This is why his death is so untimely. I’m terribly sorry to see him go. They say you can’t teach an old dog new tricks, but not so with Colin Flaherty. As a dissident he was just getting started.