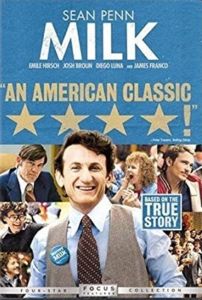 You have to give the Left credit. They never take a day off. The eye of Sauron never blinks. They are frenzied and relentless in their attempts to overthrow our civilization. They softened us up for a long time, rotting away our character and identity by promoting vice, cynicism, and nihilism — all while playing the victim. Now that we are too weak to resist and too deracinated to care, they have launched a ferocious campaign of iconoclasm against our forefathers’ heroes: Christopher Columbus, Thomas Jefferson, Robert E. Lee, etc. Once they have finished destroying us in effigy, the next logical step is destroying us in person, i.e., open genocide against whites, rather than the stealth genocide they instituted in the 1960s with multiculturalism and race-replacement immigration.

But Leftists don’t just tear down idols. They are also both shameless and tireless in molding new idols from human excrement. George Floyd is just the latest and most ludicrous in a long line of fake heroes, saints, and martyrs: Lenin, Stalin, Martin Luther King . . .

White had resigned his position impulsively, then asked to be reinstated. Milk lobbied against his reinstatement. White was white, male, heterosexual, Catholic, his high school valedictorian, a Vietnam veteran, a former policeman, and a former firefighter celebrated for his bravery. He represented everything Milk loathed. Milk worked with him when he was on the Board, but he was hoping to replace him with another Leftist. Moscone agreed.

Moscone was not homosexual, and Milk was not killed because he was homosexual, but such details did not stop Milk from being touted as a martyr for gay rights and the recipient of an ever-increasing, ever more absurd list of honors and tributes.

For instance, in November of this year, as part of the ongoing anti-white cultural revolution, the United States Navy launched the USNS Harvey Milk. My first reaction was that the ship should have been named after the Village People, because at least they sang about being “In the Navy.” But it turns out that Harvey Milk had been in the Navy, receiving an “other than honorable” discharge for being homosexual. Here, at least, Milk was arguably a victim because he was gay.

But we used to name ships after heroes, not victims. Naming a ship after Harvey Milk is still an “other than honorable” gesture. It is less about honoring Harvey Milk than dishonoring the US Navy. Apparently, five other ships will also be named after woke icons. I don’t even want to know their names.

To my mind, the most absurd Milk tribute is the opera Harvey Milk by “American composer and cantor” Stewart Wallace, which casts Harvey Milk as a baritone and Dan White as a tenor and includes such characters as Dianne Feinstein and (of course) “concentration camp survivors.”

There is, however, a genuinely worthwhile tribute to Harvey Milk: Gus Van Sant’s 2008 biopic Milk, starring Sean Penn, who won the Best Actor Oscar for his whiny, nebbishy portrayal of the man himself. Milk was released to universal critical acclaim, but I gave it a hard pass when it was in theaters, since no critic would dare expose it if it were bad. Years later, I gave Milk a chance when it popped up on cable.

Milk is a well-made but typical biopic, complete with montages set to contemporary pop music. I don’t know how accurate it is, and I honestly don’t care enough to look into it too deeply. I know it omits Milk’s endorsement of Jim Jones and the People’s Temple and his penchants for manic and emotionally abusive behavior. I must note, however, that if the movie is a whitewash, a lot of unflattering facts still show through.

Milk is portrayed as neurotic, abrasive, duplicitous, and aggressively Jewish. He is portrayed as an active player in the Leftist takeover of the San Francisco government which eventually ruined America’s most beautiful city. He wasn’t above outing fellow homosexuals for personal political advantage (which is merely hinted at in the film). He cynically instructs his followers to start a riot, so he can pop up and play the peacemaker before the news cameras. In debates, Milk was an aggressive prick. His speeches began with the line, “My name is Harvey Milk, and I’m here to recruit you,” which is shown to be self-defeating, since it played into the hands of fundamentalist Christians pushing a ballot proposition to fire homosexual teachers to prevent them from “recruiting” children into homosexuality. As soon as he got elected to office, Milk began throwing his weight around, making demands and issuing threats. He dated a drunkard with clear borderline tendencies who embarrassed him in public and later hanged himself.

The movie begins in 1970 with Harvey Milk, a closeted Republican in New York City, turning 40 and feeling that he has done nothing to be proud of. (This movie offers hope to late bloomers.) Milk and his then-boyfriend Scott Smith (James Franco) decide to move to the Castro District of San Francisco. Harvey morphs into a hippy, but he has the capital and the skills to open a small business, Castro Camera.

The shop not only is a source of income, it becomes a power base. It is a place to interact with the public and network. Later, it serves as a meeting place for political discussions and organizing. Milk’s first foray into politics was organizing gay shop owners in the Castro. He also began directing business to friendly straight shop owners and away from hostile ones. (Although it is not shown in the film, when Milk organized the Castro Street Fair, it brought large crowds to the district. Skeptical merchants were won over by booming sales.)

When Milk first ran for City Supervisor in 1973, he was an angry, abrasive hippy with a narrowly sectarian gay agenda and an energetic but amateurish campaign. He lost. When he ran again in 1975, he cleaned up his appearance, sought to build coalitions, and became more diplomatic. He lost again but came closer to power. In 1976, he ran for State Assembly and lost to Art Agnos, who later became Mayor of San Francisco.

Agnos is shown dispensing valuable advice to Milk. His speeches were angry rants about gay victimhood. He needed to articulate a more positive vision and offer policies to improve everyone’s lives. Milk took this advice to heart. Later he ran a campaign against dog poop, to clean up San Francisco’s parks.

In 1977, Milk ran for City Supervisor yet again. This time, he brought in a professional campaign consultant and sought establishment endorsements. He won.

But it would not have happened without San Francisco changing the election rules. Instead of the whole city voting on a common roster of candidates, the city was divided into districts. The establishment’s goal was to elect a more “diverse” (i.e., Leftist) Board of Supervisors by creating districts that would favor strongly Leftist constituencies. That year, Chinatown put a Chinaman on the Board. A heavily black district elected a black woman. Milk’s district included the Haight and the Castro. He was a shoo-in.

At every step of his political career, Milk was courageous, tireless, and masterful at motivating others to work for him. Once he paired these virtues with the right packaging, message, and objective political conditions, he succeeded.

The peak of Milk’s career was his 1978 campaign against Proposition 6, a ballot initiative backed by fundamentalist Christians demanding that homosexuals be purged from public schools lest they “recruit.” Milk argued that closeted homosexuals should come out to their friends, neighbors, coworkers, and families. He believed that fewer people would vote for Proposition 6 if they actually knew a homosexual, whereas it would be easier for them to victimize essentially invisible and anonymous people. It was a gamble, since homosexual vanguardists tend towards exhibitionism and delight in antagonizing “breeders.” (“I’m Harvey Milk, and I’m here to recruit you.”) Maybe Milk was counting on closeted homosexuals to be less provocative and thus soften the gay image.

Many prominent politicians, including Ronald Reagan, opposed Proposition 6, which was defeated by a margin of 2:1, so it is hard to know how much Milk’s efforts contributed. Nevertheless, in a talk called “Toward the Tipping Point,” I argued that Milk’s strategy might pay off for nationalists once we reach a certain percentage of the electorate. For instance, in Sweden nationalists are a quarter of the electorate, yet they are essentially invisible in their communities, which allows their enemies to control their image and demonize them. In countries where nationalists have the strength of numbers and can organize counter-measures to the firing and harassment of their supporters, they should consider nationalist “coming out days” to increase their exposure and humanize themselves.

I won’t lie: there’s a lot to cringe at in Milk. But if you are interested in identity politics and retail political organizing, it offers food for thought as well.