The Snake in Our Midst 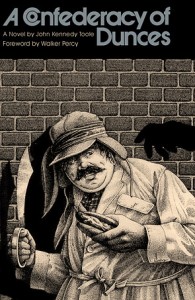 If you’re a regular reader of Counter-Currents, you probably know that there’s a school of thought within the Dissident Right which argues for traditional Catholicism and integralism. We call them TradCaths for short. They’re a good bunch as far as people go. Sure, they might take their worship of G. K. Chesterton a bit too far and may not fully appreciate the man as a pioneer of the murder mystery genre (which he manages to merge with Catholic traditionalism in The Man Who Was Thursday, but that falls outside the scope of this essay), but at least they can be relied upon not to hurl invective at us . . . unless you catch them in a bad mood and then they start furiously denying the importance of race, using phrases like “race idolater,” and spamming pictures of Cardinal Robert Sarah (who’s black and very, very trad, from what I’ve heard).

Now, the bulk of those people are good-hearted and have good intentions. They seek to defeat Globohomo, which is our preeminent enemy. I’m not going to attack their ideas in this article, because believe it or not, I agree with a lot of them. I am also an integralist of sorts, seeking a union of church and state and recognizing that legislation (and other fields of governance) should be derived from the wisdom of tradition, and the best repositories of tradition are churches. I would even put my name to Catholic Social Teaching and give something like distributism the old college try. In fact, I think the only point of disagreement I have with the Catholic integralists is the old bugaboo about the supremacy of the Bishop of Rome over the rest of Christendom, but that’s a frothing-at-the-mouth philippic for another day. What I’m going to do, however, is question the motivations and allegiance of the preeminent Catholic integralist thinker in America, Adrian Vermeule.

Briefly, for anyone who’s not following the various flavor-of-the-month dissident movement variants, Adrian Vermeule made waves in March 2020 when he called on conservative jurists to abandon originalism as an interpretational framework of the American constitution and instead embrace a common-good approach. You can read an exposé and critique of Vermeule’s positions here, by our very own Robert Hampton.

Instead, I’ll direct you to some of Vermeule’s older writings, specifically a 2008 paper titled “Conspiracy Theories,” co-written with his fellow law professor and Star Wars fanboy Cass Sunstein (who later went on to marry notorious swamp creature Samantha Power). In the paper, Vermeule and Sunstein try to address the prevalence of what they call conspiracy theories in the context of national security. Specifically, they treat certain conspiracy theories as direct threats to national security, bringing up the specter of Timothy McVeigh and others involved in the Oklahoma City bombings, whereas they treat other conspiracy theories as indirect threats to national security in that they may inspire non-compliance with the government, or perhaps disrupt the government’s ability to marshal resources. For example, this could be a fit, young American man of military age who is dissuaded from signing up to be cannon fodder in a pointless war because conspiracy theorists filled his head with nonsense about the American government being anti-white and waging never-ending wars in the Middle East for the benefit of another nation. For this reason, Vermeule and Sunstein declare that the government needs to address conspiracy theories.

An important contribution which seems to put this paper a cut above the usual claptrap the academic mainstream produces is its willingness to understand the thought processes through which people come to believe things, and specifically the process through which they come to believe conspiracy theories rather than the usual normie conclusion, which is to use “conspiracy theory” as a slur accusing the recipient of insanity without necessarily calling him insane; sort of a modern version of “heretic” or “evil.” Vermeule and Sunstein, who obviously do not own mirrors, describe a process through which a conspiracy theory might become prevalent through social pressures, the theory climbing ever higher, using the reputation of every person succumbing to the social pressure to believe in it as a rung. After giving themselves and the mainstream a categoric counter-argument against all conspiracy theories reproducible by midwits (a black-and-white choice between epistemic nihilism and blindly believing in the “knowledge-producing institutions of society”), they conclude that the sources of conspiracy theories are “crippled epistemologies.” And they point out that rational, normal people may find their epistemologies crippled, and thereby believe in conspiracy theories.

A further finding which again proves that Sunstein and Vermeule aren’t your garden-variety establishment blowhards is their ability to distinguish between a segment of the population which follows conspiracy theories casually and a smaller, but far more committed segment which devotes itself to activities propagating the theory and following from it. Sunstein and Vermeule here point out that it is this hard core from which the bulk of the national security risk emanates, suggesting that it was such a hard core of true believers who carried out the Oklahoma City bombing, and in cases where violence wasn’t involved, where the bulk of the limitations on the government’s ability to act as a result of conspiracy theories comes from.

Here we realize that all the while, Sunstein and Vermeule have either been using “conspiracy theory” euphemistically or they’ve unknowingly described the anatomy of a dissident movement. Beginning (or pretending to begin) from the theory, they correctly identify that it is not a free-floating idea, but committed people united by this idea who pose a genuine threat to the current political establishment. In simpler terms, Vermeule and Sunstein have identified what I’ve been calling the dissident elite, and what others have called the vanguard, as the most dangerous aspect of the dissident movement. And here’s where it gets insidious.

Vermeule and Sunstein criticize the usual approach of dismissing the committed hard core of a conspiracy as irredeemable and impossible to “fix.” Rather, they claim that while usual methods (government rebuttal, censorship, “independent expert” rebuttal) reinforce true believers’ “crippled epistemology,” it is possible to flip them using “cognitive infiltration.” Let me quote from the report directly:

Rather than taking the continued existence of the hard core as a constraint, and addressing itself solely to the third-party mass audience, government might undertake (legal) tactics for breaking up the tight cognitive clusters of extremist theories, arguments and rhetoric that are produced by the hard core and reinforce it in turn. One promising tactic is cognitive infiltration of extremist groups. By this we do not mean 1960s-style infiltration with a view to surveillance and collecting information, possibly for use in future prosecutions. Rather, we mean that government efforts might succeed in weakening or even breaking up the ideological and epistemological complexes that constitute these networks and groups.

Informational and reputational cascades, group polarization, and selection effects suggest that the generation of ever-more-extreme views within these groups can be dampened or reversed by the introduction of cognitive diversity. We suggest a role for government efforts, and agents, in introducing such diversity. Government agents (and their allies) might enter chat rooms, online social networks, or even real-space groups and attempt to undermine percolating conspiracy theories by raising doubts about their factual premises, causal logic or implications for political action.

By this he means feds and their Non-Governmental Organization confederates lurking in chatrooms, poisoning the discussion with the paramount goal of breaking up dissident elite cohesion, misdirecting and problematizing the basics of dissent’s central organizing principles. Jeelvyan echo chambers vindicated yet again. Come to think of it, the constant bellyaching about echo chambers usually comes from outside the dissident movement, from liberals who imagine themselves erudite and balanced when all they do is turn fence-sitting into a strange sexual paraphilia. But I digress.

Vermeule and Sunstein here suggest that the federal government should actively disrupt dissident discussion with the express purpose of undermining our positions’ basic assumptions, spreading doubt about our logical processes and casting aspersions on our conclusions. In other words, supposedly based and redpilled Adrian Vermeule is calling on the federal government to put intellectual poison in redpills, just as it poisoned alcohol during the Prohibition era. And while he frames this as a call for reason, for the glorious feds to selflessly educate the ingrates who are spreading conspiracy theories, it’s obvious to an outside observer that this is a call for the federal government to dispatch agents who’ll keep dissident spaces occupied with bad-faith argumentation while posing as allies, normies, or disinterested parties. This is why, for example, Morgoth’s exposure of the hatchling bad faith argumentation tactic is so valuable: It allows us to put a name and a description to their deceptions.

So, what’s new? Feds lurk in dissident spaces and derail discussion, maneuver dissidents toward dead-end ideologies, and try to entrap them or break their resolve through demoralization, accentuating the negative, spreading doom and gloom, or encouraging dissidents to indulge in bad news porn. We all know this. What I and a depressingly large percentage of the Dissident Right did not know is that the man who wrote the white paper on “cognitive infiltration” is Adrian Vermeule, the much-ballyhooed based and redpilled Catholic integralist. And here he is, prancing around, abusing people’s faith and natural apprehension for being cast out of polite society to lead them down a dead-end philosophy which rejects racial reality and would accelerate non-white immigration to America — as well as, if successful, intertwine the government with the Catholic Church, which may not be quite as trad as some think. And he is by no means the only false prophet trying to derail dissent, but this is just too egregious. Propping up the guy who thought up the cognitive infiltration strategy as a leader of the Dissident Right is too cartoonishly obvious to believe. Yet here we are.

Regardless, we can learn from our enemies, seeing as they are kind enough to provide their papers for free. Remember what Sunstein and Vermeule say: agents should “undermine percolating conspiracy theories by raising doubts about their factual premises, causal logic or implications for political action.” This is very broad and vague, but let’s work on a heuristic which will allow us to suss out the agents dispatched to disrupt our thought spaces. Anyone who calls on you to disbelieve your lying eyes should be suspect. Anyone who tries to smuggle mainstream anti-logic into argumentation should be suspect. Anyone who continually spreads gloom and doom and repeatedly speaks about how all is lost is suspect. And of course we should all learn to exercise judgement: A person of incomplete redpilling might manifest all of these speech patterns, but the persistency will out the bad faith actor, the fed sent to poison the discussion space.

And of course, any snake who tries to distract us from our goals’ ultimate achievement, which is the survival of our race and our people, whether he is diluting it with faith-based race denialism, Latinx bodybuilder Hellenism, worship of techno-capital, or — God forbid — support for the mainstream Right must be ejected from Dissident Right spaces before they spread any more poison in our midst.