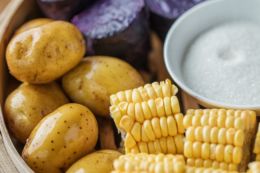 Perhaps the most knee-jerk reaction for the normie when asked why “diversity is our strength” is that it makes the local cuisine better. There are plenty of arguments against this. “Why do we need Japanese people to have sushi here?” “Why isn’t native food good enough for you?” These are valid arguments, but that is not what I will discuss here. Rather, I want to address the cultural origins of local foods, the cultural impact of popularizing foreign foods, and the environmental impact that this is having on our world.

My favorite foods are poke and sushi. They are foreign foods. I am not embarrassed to say this. However, they are foreign foods which developed in foreign lands where fish was an abundant resource. There is a reason why, traditionally, there wasn’t a sushi restaurant on every corner in downtown America. Many areas of the United States and Europe do not have ready access to fish, let alone fresh fish that can be served raw. As a result, different foods and unique flavors have developed all over the globe. In this way, diversity, not a globohomo brown mass, is a strength. It is a good thing that unique cultures, and subsequently foods, have developed uniquely around the world. That doesn’t mean we need it here. Homesteaders know that traditional foods such as sausage, bacon, jerky, jam, and cheese were developed in large part as foods which were able to be stored and preserved in the era before refrigeration. Local food is made using local products, and local means getting that food from farm to plate.

This raises some serious problems. The first is the degradation of local foods. When I was in Wyoming some years ago, I stopped by a local steakhouse in White Town, USA, which had great reviews on the internet. When my party finished, we found ourselves quite disappointed. I take no pride in saying the food was, sadly, of inferior quality to anything we could eat in a “world city,” especially a non-chain restaurant in the city. As the best and brightest leave rural areas (Wyoming has the highest rate of interstate emigration in the US), so do prospective chefs and cooks who could potentially enlighten their community with a “hidden gem” restaurant. And even in the city, the food craze is not being filled by American foods, but usually by exotic trends.

Local produce is of superior quality in every metric to mass-produced foodstuffs made on factory farms in the Midwest or the California’s Central Valley by illegal immigrants. Anyone who has grown their own heirloom vegetables or baked their own pastries knows this. When recipes call for foods from faraway lands, it must often travel from those faraway lands: avocados from Latin America, salmon from Alaska, Kobe beef from Japan — all of these things exact a cost that isn’t monetary. Even if the “Great Reset” plan weren’t being enacted, and even if the government hadn’t been at war with small farmers for years (see frivolous regulations, death taxes, and subsidized buyouts), the fact is that small farms can’t meet the demand filled by international trade. Natural foods grown in nutritious soil and animals raised, fed, and slaughtered in a humane fashion are not profitable when it is easy to find cheap produce behind the red tape of fake “organic” and “grass fed” labels. Indeed, it has become neigh impossible to find quality food outside of a farmer’s market. Food quality goes down, our enemies get more powerful, and the environment suffers.

It is unsustainable to continue these cosmopolitan practices. The global demand for fish in places which would normally not have access to it is directly causing disaster in our oceans. Ironically, Japanese whaling is a sustainable practice with little effect on the whale population. This boogieman, while still harmful in light of the endangered status of many of the targeted whale species, is simply a red herring. Compare this to the trawling practices utilized by all developed maritime nations, which cause many hundreds of times more damage to marine mammal, coral, and fish life than spear whaling. In Brazil, the Amazon is being destroyed due to foreign demand for beef. Southeast Asia’s environment is being steamrolled due to the new Western craze for coconut oil. Our food is inundated with preservatives and pesticides so it can survive the trip from hundreds of miles away rather than from across the street. Meanwhile, the lab coats worry about abstract “climate change” and other unsolvable non-problems.

There is some pushback to all this, but sadly it is mainly performative action on the Left’s part, which embraces the multiculturalism and cosmopolitanism that has contributed to this cultural and environmental disaster. However, I can’t fault them for trying, and we should at least attempt to take a page from their book. While it may simply be back-patting and paying indulgences to the politically correct religion, shitlib restaurants that use local produce and serve American-style food are a net positive in comparison to the alternative. While the silly urban gardens of art districts filled with trust-fund anarchists are mostly pointless, it is better than placing a section 8 housing complex there. At the very least, they are learning to be somewhat in tune with nature in their concrete prison. Most usually turn out better than the Seattle CHAZ (Capitol Hill Autonomous Zone) garden, which was a disaster even before a homeless man destroyed it.

The Right needs to get in tune with this spirit as well. I have faith that we can far outperform the Left. We cannot continue to allow the Left to show us up at what should be our own game. We are the nationalists. We are the ones who reject multiculturalism and seek to protect our people and the environment we all share. It is not us, but the Chinese and the Indians who pave over their cities’ grass, destroy their preserves, and pollute their rivers. So why is it that we must continue to be connected to the fake corporate shill culture of Big Agriculture, the fossil fuel industry, and those who waste or use as much disposable plastic as possible, pouring estrogenic micro plastics into the water supply, simply to “own the libs”?

I wish there was a solution to these problems. In the meantime, leave the cities, grow a garden, and buy local. Save the bees, not refugees.