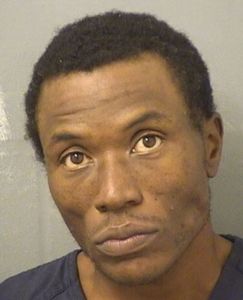 Two weeks ago, I wrote about a black man who had a history of making anti-white comments plowing through a white crowd in Kenosha, Wisconsin [2] and killing six. But despite his track record, Darrell Brooks has not openly stated that he killed anyone because they were white.

Last week, I wrote about a Kenyan immigrant suspected of killing at least 24 elderly people [3] in the Dallas area, nearly all of whom were white women.

This week, I’m writing about a black homeless man who’s charged with stabbing a 14-year-old white boy to death [4] in Palm Beach Gardens, Flordia. When asked by an arresting officer if he knew why he’d been arrested, the suspect reportedly said [5], “Yeah, murder, because of what they did to black people about giving them syphilis.”

Of these three cases, this is the only one where the accused openly said he killed a white person as racial revenge against whites for their perceived collective guilt regarding injustice against blacks.

At this point, I probably don’t need to tell you this, but the story has received no national attention.

I’ll assume that accused murderer Semmie Lee Williams, Jr. [6]’s syphilis comment referred to the Tuskegee Study of Untreated Syphilis in the Negro Male [7], which took place from 1932 until 1972 and has been called “the most infamous biomedical research study in United States history.” It involved researchers from the Centers for Disease Control (CDC) studying 399 black sharecroppers with latent syphilis and 201 who weren’t infected. Contrary to popular belief, the CDC did not “give” the test subjects syphilis; they already had it. Researchers merely neglected to treat them for the disease. An estimated 100 of the test subjects would die from syphilis as a result.

In contrast, from the years 1996 until 2008, there were an estimated 271,224 black-on-white rapes [8] in the US. Since blacks have a much higher rate of sexually transmitted disease than any other American group — they account for 42% of all HIV cases [9] alone — I think it’s a safe bet that over that 13-year period alone, black rapists gave white Americans enough sexually transmitted diseases to kill at least 5,000 of them, and I’m probably lowballing it.

So regarding any calculable karmic debt involving the transmission of deadly sexual diseases, whites have paid black Americans back for the Tuskegee study in full, with a rampagingly usurious interest rate on top of it.

But 39-year-old Semmie Lee Williams, Jr., a serial fuckup who was previously convicted for strangling an elderly white man and tossing him in a ditch, was raised in a culture that trained him to hate white people and to view even the random stabbing murder of a barely pubescent white boy out for an evening bike ride as justified payback. It’s a culture that has been so thoroughly brainwashed by the idea that nearly any murderous black action against whites won’t even come close to paying off the alleged karmic debt that hardly any attention is paid to such acts.

14-year-old Ryan Rogers was a freshman at William T. Dwyer High School in Palm Beach Gardens. At 6:40 PM on Monday, November 15, he left his home on his bicycle. His cellphone data suggests he “stopped traveling” at 7:31 PM. His mother reported him missing at 10:30. The next day, his carcass would be found in a wooded area about 80 to 215 feet (reports vary) from an Interstate 95 overpass. He’d been stabbed in the face and head.

News accounts — what few there are — make no mention of his race nor that of his alleged killer. For now, though, it’s still legal to show pictures of murder victims and suspects. I don’t expect that inconvenient policy to last.

The accused murderer, 39-year-old Semmie Lee Williams, Jr., has a criminal record in three states dating back to at least 2004. Charges include carrying a concealed weapon, failure to appear, being a fugitive from justice, and violating a restraining order — one his own mother had taken out against him.

But until being charged with murder, his most serious offense was aggravated assault with strangulation against an elderly person in Georgia from 2014. According to the victim, Dennis Brincks, a white man who is now 73:

He threw me down a ravine. . . . The intent was to kill me. . . . He had his knee in my back, his hand above my neck, choking me. . . . He’s a killing machine, and I know what he does. He just stakes it out. He hides, and then somebody comes along, and he just throws them off-guard. . . . And then he just finishes them, and he gets this intense pleasure brutalizing them.

You can buy Jim Goad’s Whiteness: The Original Sin here [12].

Brincks said the attack ended when a passerby intervened and Williams ran away. Williams himself subsequently ran away from the State of Georgia, fleeing to San Diego. In a letter to the court, he pled self-defense and said he was targeted by corrections officers who were part “of a new world order, to make everyone gay slaves.” Despite attempted murder, fleeing justice, and a history of previous charges, Williams spent only a little over three years flitting between asylums and jails before a Georgia judge — a black one — decided he’d served enough time and arranged for him to get a paid, one-way bus ticket to Florida, where his mother lived.

“I want to get this guy put away, and they wouldn’t help me,” Brincks recently told a TV reporter in the wake of Williams’ latest arrest. “Oh God, what this kid must have gone through. The hell, the hell this kid must have went through.”

Despite the fact that Williams is on record claiming that he’d murdered a white boy as vengeance for white people allegedly infecting blacks with syphilis, Palm Beach Gardens Chief of Police Clint Shannon said:

The incident itself appears to be a completely random act. We do not have a motive in this case and I would best describe it as an innocent child victim having a chance encounter with a very violent criminal. . . . It appears to be a chance encounter between a child and an animal that should not be out on our streets. . . . He has no ties that we can determine to Palm Beach Gardens or Palm Beach County — none whatsoever. It’s a mystery to us why this man was in our community, but we have evidence that places him on the scene and makes him responsible for the murder of this child.

Police say they found a pair of headphones near Ryan Rogers’ body that did not belong to Rogers. DNA on the headphones matched that of Williams, whose DNA was on file due to his criminal record. When police contacted Williams 75 or so miles south of West Palm Beach in Miami, his backpack allegedly contained a bandana that was stained with Rogers’ blood.

On Williams’ YouTube channel [13] — which has now been terminated, although you can see snippets of his videos here [14] — he is shown riding a Tri-Rail train on November 16. Combined with other evidence, police say that this video shows that he traveled to West Palm Beach on the day of the murder and back to Miami on November 16. Without specifying, they also claim that things he said on the videos mention the murder directly.

An apparent paranoid schizophrenic, in other videos Williams can be heard talking about how “they have been having people ride by me on bicycles,” “evil stalkers standing in the middle of the road,” “police, they hit me with electric weapons to give me cancer,” and “they have chips planted all over my body, right, and they reading my mind through my ears and they be tearing up my shoes.” Ten days after Ryan Rogers was murdered, Williams uploaded a YouTube video titled “evil black woman stalk put foot on my foot she has connections to criminal police.”

The entire pattern is so tiresomely frustrating that it could almost lead an imprudent person to murder: Black man with a long criminal history kills one or more whites. He either has a history of making anti-white comments or, in cases such as this, he openly states that his motive was racial revenge. And the crickets — especially the moon crickets [15] — refuse to make a chirp.

[16]If you are already behind the paywall and want to share the benefits, Counter-Currents also offers paywall gift subscriptions. We need just five things from you: