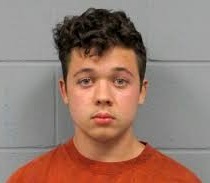 Kyle Rittenhouse now stands as a folk hero to many Americans, particularly conservatives. Any person with a functioning brain is astounded by how much of a farce the whole case is. The prosecution is essentially arguing that you have no right to defend yourself against a violent mob and you must allow them to beat or even shoot you. The right to self-defense apparently doesn’t apply in this situation.

While the case against Rittenhouse collapses, mainstream conservatives now feel more emboldened to defend him, but some of them are using terrible arguments in the process. Many claim that Rittenhouse is an idiot and not a hero. That’s a matter of opinion, but he’s still not guilty. Others compare him positively to the white men who shot black “jogger” Ahmaud Arbery. Conservative writer Stephen Miller — not to be confused with former Trump adviser Stephen Miller — wrote an article for The Spectator complaining that the Left doesn’t truly care about Arbery. Liberals are too fixated on Rittenhouse, even though there is no “racial justice” element in the case. The teen shot three individuals who would count as white in the Census. Miller insists that if the Left truly cared about racial justice, they would focus more on the Arbery case:

Across the country in Glynn County, Georgia, however, three white men are standing trial for the murder of Ahmaud Arbery. Arbery was chased while jogging and gunned down in the middle of the street. The three men accused claim they thought he was a burglar fleeing the scene of a crime. Once again, based on video at the scene, and one of the defendant’s own racially charged statements, there appears to be more evidence that Arbery’s targeting and subsequent killing was racially motivated. Yet the coverage in the media has been mostly muted, save for trial updates and recaps.

So why is the national press attempting to draw race into a trial where race played no part in the fates of Rittenhouse or his victims, yet all but ignoring the implications out of Georgia that very well might see justice for a young African American shot dead in the street? Why is racism a factor when the victim and killer are white, yet not when the victim is black? . . .

In the end, to a large part of the American media, justice for Arbery does not matter, because his death is not a blunt instrument with which they can bludgeon their political adversaries. Welcome to America in 2021.

The argument, at best, is a bad faith attempt to shame liberals to give up on hating Rittenhouse. At worst, it’s a complete capitulation to the Left’s value system. By accepting this argument, we believe “racial justice” — whatever that means — is good and we must strive to achieve it. If Rittenhouse had shot black people, it would be warranted for conservatives to condemn him. But since he shot non-persons of color, it’s okay to defend him.

Travis McMichael, his father Gregory McMichael, and William “Roddie” Bryan stand charged with Arbery’s murder. Travis McMichael pulled the trigger on the shot that killed Arbery, Gregory McMichael drove the truck that caught up to the “jogger,” and Bryan simply followed the pair and recorded the incident on video. The trio tracked down Arbery after he was seen rummaging around a home under construction in the neighborhood. There had been several break-ins in the Georgia neighborhood prior to the fatal incident. Arbery was a career criminal who had been caught snooping around the neighborhood multiple times. Video camera once caught him wandering into the house under construction one winter night without a shirt on. Travis McMichael had previously encountered the black man in a break-in, and he believed the criminal was armed. He retreated in that encounter, but police advised him to be armed the next time he saw the intruder — which is what he and his dad did.

The actual facts of the case are similar to the Rittenhouse story. The teen went to Kenosha, Wisconsin, armed to protect businesses threatened by a violent Black Lives Matter/Antifa mob. He only used his gun to protect himself after he was attacked. He is charged with the crime of protecting himself and his community from dangerous criminals. (All three of his “victims” had lengthy rap sheets, one of them being a pedophile.) The same applies to the McMichaels. The difference is that Arbery is black and the three men charged with his death look like stereotypical rednecks. Rittenhouse, on the other hand, looks like a kid, and his victims were definitely not black. So it’s okay for conservatives to defend Rittenhouse; they don’t have to worry about being called racists if they do.

Both Rittenhouse and the McMichaels were put into a self-defense situation. Several members of a violent mob attacked Rittenhouse before he fired his weapon. Arbery assaulted Travis McMichael and grabbed his gun during their encounter. These white men were left with only one choice: pull the trigger. Now they face several years behind bars for the crime of self-defense while white.

There is no real reason to differentiate the two cases unless you want to be a cuck. Liberals aren’t going to suddenly become convinced that Rittenhouse is sympathetic just because he didn’t shoot blacks (however, it does help Rittenhouse’s chances of getting off).Liberals also didn’t ignore the Arbery case. It was a prelude to the hysteria over George Floyd, and it briefly knocked COVID coverage off as the top story in America in April of 2020. The case still gets plenty of coverage for a local murder story — just not as much as Rittenhouse’s. But that will probably change once the Rittenhouse case is resolved.

Regardless, none of these are arguments suggest that Arbery’s case is a reason to back “racial justice.” It’s just another case of what happens when whites try to be good citizens and are punished for it.

Conservatives have been terrible about the Arbery case ever since video of the shooting went viral. Prominent commentators called it a modern-day lynching. Even rather sensible conservatives such as Matt Walsh condemned the McMichaels. Walsh and others likewise defended Arbery’s frequent intrusion into houses as just a thing guys do. The black man merely wanted to gawk at a house under construction, like any other red-blooded American! They even believed the silly notion that Arbery was jogging — in long cargo shorts and high-top shoes in a neighborhood miles from his home. Like any hoodrat enjoys jogging . . .

In their bid to make their defense of Rittenhouse appear respectable, conservatives indulge their desire to cuck. There are no brownie points for differentiating Rittenhouse from the McMichaels. They’re one and the same. All of them represent the plight of white Americans who stand up for themselves against criminality in their communities. They did what Americans have done for generations, and took matters into their own hands. The evil regime hates that and never wants another white to follow their example. That’s why they are being made scapegoats, and that’s why we must defend Rittenhouse and the McMichaels. There’s no need to sacrifice one to make the defense of the other more respectable.