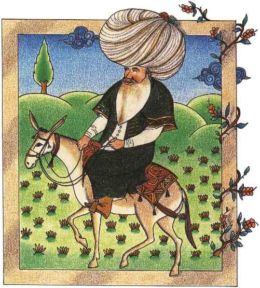 From my political praxis, I find that whenever I speak to mainstream conservatives and mention that some titular Leftist leader — be it Joe Biden or Alexandria Ocasio-Cortez in America, Jacinda Ardern in New Zealand, or whichever stuffed shirt they have heading the United Kingdom’s Labour Party these days — is smarter than they look, I’m immediately assayed with people insisting that I affirm that, yes, Joe Biden is obviously senile; and yes, Jacinda Ardern is obviously insane; and yes, AOC is stupid (because only stupid people believe in soshulism, you know). They’re only a threat because shadowy and powerful figures surrounding them are controlling them, and it is they who think in their stead.

Obviously, I’m very well aware, and the audience is very well aware, that Joe Biden is a senile coot, and that Jacinda Ardern would benefit from a belt to the mouth and a rough shag. So why do we have to go through that whole song and dance every time I want to speak about their nefarious plans? It’s simple, really: They’re expecting me to act as a priest [2], bless them, declare their cause righteous, give them courage and strength of conviction, and say that the enemy leader is head over heels in love with Satan and his little wizards [3] — or that maybe he only has one ball [4]. They want me to say — nay, repeat, mantra-like — that the bad guys are not only bad, but stupid, defective, degenerate, immoral, impotent, unhygienic, slavish, brutish, Irish, and all sorts of nasty epithets so that the righteousness of our cause may once again be ritualistically reiterated. The problem is, I’m not a priest.

If Rightism were one big faith, I’d be a dervish, whirling in circles of ever-greater political ecstasy here in the Sublime Tekke of Counter-Currents. Folklore describes the dervish as a figure of great wisdom, but also of great mystery, and men of all faiths fear the dervish. A dervish is the closest thing that the Muslim faith has to a Christian monk. Tales of the frightened reverence common men give these itinerant holy men are oddly chilling, as the dervish himself is a portent of the world beyond the perceptible. His wisdom can be incomprehensible, and it can be delivered with humor or seriousness. While my conservative friends want to hear about how righteous our cause is and how Justin Trudeau is a Ken Doll, I tell them obscure tales — some from actual instead of political dervishes.

It is said [5] that one day, Nasreddin Hodja’s neighbor asked to borrow his donkey. For whatever reason, the mullah did not want to lend his donkey, so he told his neighbor that he’d already lent the donkey to someone else. At that moment, the donkey brayed in the back yard and the neighbor accused the mullah of lying, to which Nasreddin replied: “Whom do you trust? Your mullah or your lying ears?”

At first glance, it seems all but impossible that anyone would believe the mullah over his own lying ears, but we live in a world where the vast majority of people trust the mullah, because the notion that the mullah might be lying is less believable than the notion of your ears lying to you. If your ears are lying to you, then you could just be imagining things, or at worst going insane. If your mullah is lying to you, then it is society and the world that have gone crazy. If the man of God is lying, then what stops him from turning us to sin?

You can buy James O’Meara’s book The Eldritch Evola here. [7]

A Macedonian folk horror story tells us of a Jew who falsely converted to Christianity became the abbot of a monastery, and then through his deception ordered the monks and the surrounding peasants to participate in inverted and sacrilegious rituals which he presented as liturgy. Everyone believed their abbot, and nobody believed their lying eyes. Only on his deathbed, in order to spite them, did the false abbot reveal himself. God, of course, punished him by ordering the Earth to spit him out wherever he was buried, but the commentary on society stands. So, Nasreddin Hodja will ask you again: Whom do you trust?

Obviously, you should therefore believe your eyes and ears. But then, it is said [8] that one day Nasreddin Hodja went to the teahouse and someone asked him where the center of the world is. The wise Sufi answered, “The center of the world is in front of this teahouse, where I just now hammered the nail to my donkey’s bridle.” When the questioner said he did not believe this, the mullah sat back, took a sip of his tea, and answered, “If you don’t believe me, go measure it yourself.”

How is an earnest and honest man to respond to that? If not for your mullah, how will you know what the things beyond your ken are? And if you disbelieve your mullah, what will you do? Thus, you’re bound to believe him whether you really believe him or not, especially since your mullah has, with great authority, declared things to be as he says they are and you have no means of independently verifying them. Whom do you trust? The science or your lying, infarcted heart? And if you don’t believe that Saddam has weapons of mass destruction, go take satellite photos of Iraq yourself.

Am I saying that Nasreddin was a liar? No, even though he did not tell the truth that was asked for. A righteous, orthodox mullah would loan you his donkey as part of zakat, the obligation of giving alms. He’d also have told you that the center of the world is the Kaaba at the Masjid al Haram in Mecca. While his neighbor only wanted the donkey, he instead got a lesson in the corruptibility of authority and the impact of elite corruption. Whereas the questioner in the tea house probably wanted reassurance about the state of the world, he got a lesson about his place in the world — and his vulnerability to lies from above.

But only when the student is ready will the master appear. Thus, for a man uninterested in learning his place in the world or the effects of corrupt authority, the great Sufi is a figure of selfishness who mocks him. When Nasreddin Hodja lost his key, he started looking for it in the light. A policeman saw him looking and helped him to search. Exasperated after a long time, the policeman asked Nasreddin where he’d lost the key. The mullah replied that he’d lost it in a dark alley.

“But why, then, are we looking for the key here?” the policeman asked.

“Why, there’s no light in the dark alley,” the mullah replied.

We look where we have light and eyes to see, not where things really are. We understand that which we have the wit and wherewithal to understand, not what which we ought to understand. I am listening to ‘80s Yugoslav synthpop [9] and it makes me feel cultured, but I’m not listening to it because I’m especially cultured, only because I understand the language. Why not Latvian synthpop? Or Hungarian? Because those languages are completely incomprehensible to me. I have ears to hear very little of the world, and even then, I believe my mullah before those floppy, cartilaginous liars.

Allow me to conclude this essay about Nasreddin and Sufism with a biblical lesson: Render unto Caesar that which is Caesar’s and render unto God what is God’s. Learn to discern between situations when you can verify the truth independently — when you should believe your lying ears — and situations where you’re at the mercy of information from above, for better or worse. Naturally, the question of the presence or absence of a donkey belongs to the former category, and the question of the center of the world to the latter. The donkey is of this world, Caesar’s; the center of the world is God’s. To attain your proper orientation towards the center, you must find a righteous priest to guide you. “If you do not believe me, measure it yourself.” Will you, dear reader? Can you?