The Facebook Blacklist Reveals Who Most Terrifies the Regime 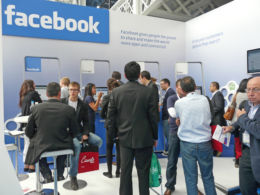 Facebook’s list of “Dangerous Individuals and Organizations” was leaked last week. It was about what you’d expect. Alleged “hate”-mongers are placed alongside terrorist leaders and cartel kingpins. Jared Taylor is just as grave a threat as ISIS, according to Facebook’s list.

There were a lot of familiar names on it. Both Taylor and American Renaissance are included. So are Counter-Currents, Patrick Casey, Nick Fuentes, Martin Sellner, and numerous other nationalist leaders and groups. The list even bizarrely lists long-dead figures such as Adolf Hitler and Benito Mussolini. We can all sleep easy at night knowing that Hitler can’t have a Facebook account.

The list doesn’t only restrict who can access Facebook but also topics that can be discussed on the platform. You cannot share links from a “dangerous individual” or even discuss them on the social media giant. It’s why you can’t share Counter-Currents links on the platform or mention unpersoned figures such as Alex Jones.

The news was broken by The Intercept, a Lefty outlet often critical of Big Tech’s power. The Intercept and other Leftists certainly had a problem with the list — but it isn’t shared by us. They support Facebook’s persecution of hate; they just think it doesn’t go far enough. Moreover, they think the list’s prioritizing of terrorists and criminal gangs means there are “harsher restrictions for marginalized and vulnerable communities.”

“[W]hile labels like ‘terrorist’ and ‘criminal’ are conceptually broad, they look more like narrow racial and religious proxies once you see how they are applied to people and groups in the list, experts said, raising the likelihood that Facebook is placing discriminatory limitations on speech,” wrote The Intercept’s Sam Biddle. The reporter takes particular issue with the fact that Tier 1 — the strictest category for censorship — has too many minorities:

Tier 1’s criminal category is almost entirely American street gangs and Latin American drug cartels, predominantly Black and Latino. Facebook’s terrorist category, which is 70 percent of Tier 1, overwhelmingly consists of Middle Eastern and South Asian organizations and individuals — who are disproportionately represented throughout the DIO list, across all tiers, where close to 80 percent of individuals listed are labeled terrorists.

He believes the Facebook list relies too much on the American government for classification of terror and criminal gangs. Biddle does not offer an alternative authority that Facebook should rely on, but one can assume he’d rather the tech giant outsource this effort entirely to Antifa reporters.

Biddle is also angry that not enough “hate” groups are placed alongside Mexican drug cartels and ISIS in terms of danger. Too many of them are relegated to “Tier 3” or not included at all:

Tier 3 is for groups that are not violent but repeatedly engage in hate speech, seem poised to become violent soon, or repeatedly violate the DIO policies themselves. Facebook users are free to discuss Tier 3 listees as they please. Tier 3 includes Militarized Social Movements, which, judging from its DIO entries, is mostly right-wing American anti-government militias, which are virtually entirely white.

Ah yes, the only explanation for this is that white supremacist Facebook goes easy on their fellow whites. It can’t possibly be that these groups are nowhere near as dangerous as jihadis or Mexican drug cartels. A Left-wing legal scholar, Faiza Patel, complained to The Intercept that Facebook’s list shows that they consider “Muslims to be the most dangerous” and that the list fails to include “anti-Muslim” groups classified by the Southern Poverty Law Center.

The article demands that these groups be treated more severely than actual terrorists. “Anti-government militias, among those receiving more measured interventions from Facebook, ‘present the most lethal [domestic violent extremist] threat’ to the U.S., intelligence officials concluded earlier this year, a view shared by many nongovernmental researchers,” Biddle writes. The article claims this easy treatment is due to the militiamen’s race and their powerful political clout.

Biddle goes on to argue that the blacklist hinders free speech on the platform – which is true, but said in the context of journalists discussing their favorite topics — and traumatizes those poor little Facebook moderators who have to look at “hate speech” all day. It also complains that Antifa sites which regularly encourage violence, harassment, and stalking were included in the dangerous list.

The article, and the mainstream reaction to it, illustrate a major problem for nationalists. We’re seen as the greatest danger in the world today, and anti-authority liberals demand the powerful do more to suppress us. The Facebook blacklist would’ve caused no controversy if it copied the Southern Poverty Law Center’s hate group list and put them all in Tier 1, with all actual terrorists in lower tiers. The problem isn’t safety; it’s all about enforcing dogma.

Watchdogs like The Intercept warned about the dangers of the War on Terror and its haphazard designation of all enemies to the regime as terrorists. Now these folks happily cheer on as this designation is applied to their political enemies while shielding actual terrorists from the label.

And these aren’t just critics shouting in the void. These opinions shape how Big Tech censors and moderates its platforms. Tech execs listen to these voices and make their decisions based on these pressure pieces. The message is clear: The blacklist must be very white and you should rely more on the Left to pick and choose who goes on it.

There has been no time when the term “terrorist” has been abused as much as ours. People who walked into the Capitol without permission are terrorists. Parents who protest school board meetings are terrorists. Employees who refuse to get vaccinated are terrorists. Public figures who criticize the military or intelligence community are terrorists. Hell, even ordinary voters who picked Donald Trump for president are terrorists. Some of these labels are treated more seriously than others, such as the Capitol protesters and parents who oppose Critical Race Theory in schools. This designation is not just hypercharged rhetoric. It comes with real-world consequences.

The Facebook blacklist is a testament to this as well as the regime’s current priorities. Anti-white racism affects every facet of the Empire. There will probably come a time where our government clears all Islamic terror groups from its designated terrorist lists for the sake of racial equity. This is already a principle they apply in law enforcement, so there’s no reason why it can’t be applied to international terrorism as well. They will make more room for organizations like the Identitarians and American Renaissance to show their commitment to eradicating the menace of whites standing up for themselves.

The idiotic criticism of the blacklist that we’ve seen makes it obvious: whites are the real terror threat. No matter how many people cartels butcher or jihadis blow up, their violence cannot compare to the horror of simply stating “It’s Okay to Be White.” Those words terrify the regime more than any car bombing. That should tell you a lot about our rulers.