The Military’s Culture of Careerism 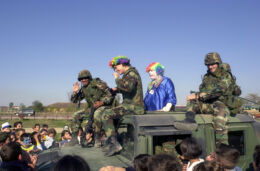 The ongoing dumpster fire of the Afghanistan withdrawal raises an interesting question: How did the military, formerly one of the most respected of American institutions, degenerate not only into a liberal arts college, but a dysfunctional one at that?