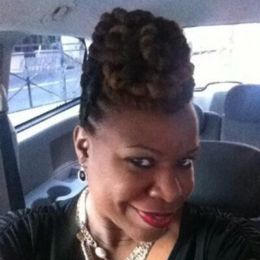 It took only one day for 22-year-old Gabby Petito’s remains [2] to be found in Wyoming’s Bridger-Teton National Forest before a black broadcaster with a national platform accused the girl’s freshly dead corpse of enjoying white privilege.

On Monday, the stubbornly joyless Joy Reid of MSNBC [3] declared that the intense media coverage of Petito’s disappearance and eventual discovery was an example of “missing white woman syndrome,” a phrase she credited to the “late and great” black female reporter Gwen Ifill.

“It goes without saying that no family should ever have to endure that kind of pain,” Reid stated before slam-dunking her half-inflated basketball straight through the Race Hoop. “Why not the same media attention when people of color go missing?”

Reid then dragged a scowling black woman named Derrica Wilson of the Black and Missing Foundation [4] and a scowling Injun woman named Lynette Grey Bull of something called Not Our Native Daughters [5] to use Gabby Petito’s dead body as a soapbox on which to stand and openly whine that the world’s Missing Sistas weren’t getting as much airtime.

“One of the main factors and one of the key factors that a lot of people don’t want to talk about is that it’s racism,” howled Ms. Grey Bull. “It’s systemic racism.”

Great point. You never hear people talking about racism, much less systemic racism. It’s not as if you could go to Google right now, search the word “racism,” and get more results than there are people on the planet.

On Monday night, CNN’s resident Black Male Homo Don Lemon claimed that Brian Laundrie – who, along with his fiancée, had become an online sensation by documenting his cross-country road trip with Instagram “influencer” Gabby Petito since early July — was likewise a beneficiary of white privilege because neither he nor his parents had yet spoken to police regarding the supremely strange fact that Laundrie had returned home to Florida alone in his van on September 1: “You ask any person of color, you ask a black man who — if they have that sort of privilege.”

Perhaps it’s my white privilege blinding me, but I’m reasonably sure that all Negro Americans, including high-profile ones such as Don Lemon, also enjoy the right to remain silent.

On Twitter [6], someone who appears to be a white woman and who uses guilt as a tanning lotion asked, “Name one black woman who has gone missing & gotten media coverage. I’ll wait.”

You can buy Jim Goad’s The Redneck Manifesto here. [8]

No need to wait, Sugar Tits. I can name that black woman: Tawana Brawley [9]. She got massive media coverage in the late 1980s after disappearing for four days. When she surfaced, she claimed that six white men, at least one of whom was a cop, had raped her, smeared feces on her, scrawled racial epithets on her, and dumped her in a trash bag.

It was all a lie, of course.

But lies never stopped pontificators from lying. That’s what lying pontificators do. The New York Post [10] ran an article about “missing white woman syndrome.” It quoted a Twitter user who wrote, “We would not know that Gabby Petito existed if she was Native American or black and not a pretty white blonde.” ABC News [11] quoted “experts” who say that the “Gabby Petito case [was an] example of ‘missing white woman syndrome.’”

Mainstream media rarely if ever keep the same energy they have when white women go missing if the people who have disappeared are Black [sic] women or girls . . . it’s hard not to wonder why this story is receiving so much national coverage with some networks publishing live updates on the case’s progress.

I didn’t find it hard not to wonder about why the story was receiving so much national coverage. Then again, I’m not a black guy who gets paid to paint everything black.

I’m tired of violence against women. I’m tired that few care unless the victims are young and white. . . . Petito’s disappearance has been treated like the hot new true crime series to be discussed and dissected for hours — but only because she’s white.

Only because she’s white? How did this get past the fact-checkers and the editors?

One would get the sense from these senseless fulminations that whenever a white girl or woman goes missing, it immediately becomes a national news story. But judging from the total number of missing-persons cases [15] filed in 2020 — over a half-million — and taking into account that about three in five [16] of the cases involve whites and Hispanics (stats-compilers really need to start treating Hispanics as a distinct group from whites), combined with the fact that slightly more males [17] go missing than females, somewhere around 160,000 white girls and women went missing last year, minus a dozen thousand or so señoritas.

How many of those cases became national stories? I can’t think of any last year, and Gabby Petito’s case is the only one I can recall from this year.

And even though more men than women go missing, I don’t remember a single high-profile case in my entire lifetime where the media made a huge stink about it. The only one that springs to mind was the Lindbergh baby, and that happened almost thirty years before I was born.

But extrapolating from last year’s numbers, at least 100,000 white girls and women at the very least have likely gone missing so far this year, but the only one who’s become a household name — and only over the last two weeks or so — is Gabby Petito.

What made her different from the hordes of other missing white females?

The likely answer is a simple one, but not so simple that it didn’t fly over the heads of simpletons such as Joy Reid and Don Lemon. Being media personalities, the answer should have been obvious to them.

Since early July, Gabby Petito and Brian Laundrie, both in their early 20s and thus entirely digitally raised, had been documenting their road trip for all the world to see. As of this writing, their video “VAN LIFE: Beginning Our Van Journey [18]” — which is morbidly sweet in light of recent events that include Laundrie’s sudden and likely self-imposed disappearance, and the fact that on Tuesday, investigators ruled Petito’s death a homicide — had racked up nearly five million views on YouTube. Gabby’s Instagram account [19] has a million followers.

Given the hyper-obsessive focus on the case of late, it’s difficult to discern how much of that social-media clout was accrued after reports emerged of Gabby’s disappearance, but several accounts claim their self-documented road trip had already gone “viral” before that.

Laundrie’s lonely trip home and his zipped lips regarding what happened to a girl he seemed to be hopelessly in love with is extremely suspicious, as is the fact that he apparently fled from his parents’ Florida home — where he reportedly had lived with his fiancée for a year before they embarked on their summertime road trip — only two days before her remains were found.

The predictable feminist leap to judgment that he was another monstrous male who savagely battered and then killed an innocent blonde dove is complicated by the fact that in several reports (this one [20] and this one [21], for example), witnesses claim that they saw her hitting him.

Does anyone seriously doubt that if a young black couple had accrued a significant social-media following while documenting an identical cross-country trip, and the woman suddenly disappeared while the male silently returned to his parents, the case wouldn’t be getting an equivalent amount of attention? If you don’t think blacks are capable of garnering preposterously large social-media followings, you don’t know much about social media.

This world would become a much saner place overnight if people stopped blaming white people for everything and started blaming many of society’s innumerable ills on social-media whores’ insatiable lust for attention.