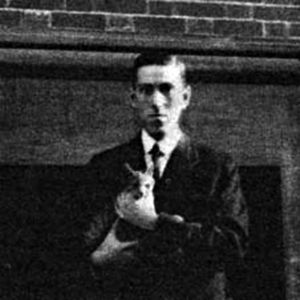 About the Counter-Currents H. P. Lovecraft Prize for Literature [8]: [52]To complete one’s collection of Lovecraft’s fiction, one needs to buy two more volumes. First, there is The Horror in the Museum and Other Revisions, ed. S. T. Joshi (Sauk City, Wis.: Arkham House, 1989), contains works wholly or partially ghost-written by Lovecraft, including some crucial contributions to the Cthuhlu mythos, such as the masterful novella “The Mound,” the fruit of profound meditations on cultural decadence. Second, one needs The Ancient Track: The Complete Poetical Works of H. P. Lovecraft, ed. S. T. Joshi (San Francisco: Night Shade Books, 2001).

The best online resource on Lovecraft is The H. P. Lovecraft Archive [53].