Hey, Where Are the White Women At? 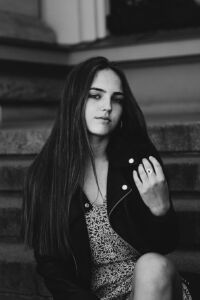 A troubling little news nugget sailed across my desk today: For the first time in American history, whites are declining not only as a percentage of the population, but in terms of raw numbers.

Many of these guys display an especially rancid hostility for white women that seems to have emerged from a sense of betrayal. Yes, I agree that white women are being played quite successfully against white men via endless anti-white and anti-male propaganda.

But do you think the best strategy is to alienate them by shooting equally vicious propaganda with a blowtorch from the other direction?

I’m referring specifically to the lonely and toxically bitter unfuckables of the manosphere and their almost comical hatred of women. They act as if it’s women’s fault, rather than their own charmlessness and lack of physical desirability, for why they can’t get laid. Sorry, but it’s retarded to blame feminism for why you can’t score, Beavis. Women became a lot more sexually active as a result of feminism. It must be humiliating to be unable to get laid in an environment when women are far more promiscuous than ever.

Imagine a woman complaining about why she can’t find a man. It would be immediately apparent that her problem isn’t men. So incel, blame thyself.

These types — and it is a type, one that’s been memed into existence — have become the mirror image of ridiculous Andrea Dworkin-level feminists. Some of these Right-wing trad incel types appear to be nothing more than the inverse of ugly radical feminists, blaming the opposite sex for a litany of miseries that are largely self-inflicted. It seems like a lot of these types utterly demonize women in a way almost identical to how rad-fems demonize men.

But how the fuck do you expect to attract a baby-making machine if that’s your attitude toward the machine in question?

Encased in their little virgin bubbles, do these schmucks even hear how ridiculous they sound to others? I might be inclined to feel some empathy for their bitterness and pain if they weren’t so clueless about how to cure it.

They seem to think that if they cry loudly enough online and engage in the occasional mass shooting, suddenly we’ll be back to the days of arranged marriages and universal non-suffrage for women. Sorry, cats, but the pussy’s out of the bag. The mating game is being played on a new battlefield, and you’ll have to change your strategy if you want to have the remotest chance of success. It’s not 1910 anymore, and it’s definitely not 1310 anymore. I realize how many people it pains to hear that, but if you seriously intend to win the game, you have to alter your game plan.

What’s strange is that it’s the “good optics” crowd that is constantly spouting, “Women are subhuman, childish retards who should be rendered mute as they are chained in basements and force-impregnated.” Yeah, that will have the ladies flocking to you. That definitely will appeal to the “normies.” That’s a surefire method for pumping up the white demographics. Yeah, run with that, fella.

“Yes, darlin’, I want you to stay shackled in the basement on a filthy straw bed not fit for a donkey as I forcibly rape you into having 16 babies, continually call you a retarded child who has no place in politics or in making decisions, and hang out exclusively with men when I’m not raping you or belittling you. So when can we meet up for dinner? Hello? Hello?”

If saving the West is your goal and preserving white demographics is essential to the core of your very being, why do so many of you seem to think that bitching constantly about white women is going to help the cause?

Sure, fine, say that women don’t belong in politics. But they are essential to demographics. And if white demographics are crucial to your politics, you’re going to have to appeal to white women.

I hate to be the guy to interrupt your all-male poker party to break the news, but if reversing white demographic decline is your goal, you’re going to need white women. Or at least you’ll need them until top-secret Nordic scientists perfect a Caucasian Robot Womb.

Mind you, I’ve basically built a literary career out of being a misogynist. There are probably few men on the planet who know how supremely awful women can be more than I do. I am acutely aware of how self-centered, infantile, power-mad, unstable, and cruel women can be, and that’s when they’re not premenstrual.

Despite all that, I’d be happy as a clam never talking to another guy for my entire life, but I’d go absolutely howlin’-at-the-moon mad without a woman by my side who loves me. Perhaps I’m atypical, but once I discovered pussy, it was like, “Who needs guys?”

I find something intensely suspicious about post-pubertal male bonding. It’s why I’ve avoided the whole MRA, incel, PUA, and MGTOW worlds — too many dudes. I suspect that any adult male who says he doesn’t need women has either been rejected by women his whole life or is a closet case. But so much of the “Dissident Right” is, both by accident and by design, a gigantic political sausage fest. At least the Left pretends to be nice to women.

The idea that heterosexual men should only use women as cum-dumpsters and towel-folders while spending most of their time around other men seems inherently contradictory. But that’s the odd notion that seems ubiquitous in these machismo-oriented Right-wing political circles — that “being a man” involves “only being around other men” rather than “ditching men for women the moment you get the chance.”

As I’ve previously confessed, I don’t think I’m very good at proposing viable strategies. I think my strength lies in pointing out the flaws in strategies that have already been proposed.

Sure, it’s odd to hear li’l old woman-beatin’ me say that some of these guys take it too far with the woman-bashing. What seems even weirder is that they seem to think they’re going to win the demographics war by aggressively alienating women. If they simply want to spend their remaining days being lonely and bitter video-game players who engage in endless online pseudo-intellectual circle jerks inside their all-male cocoon, then they’re doing it right. But if they sincerely want to find a woman, get married, and pop out kids with her, they are like blind men walking into traffic.

May I be so bold as to suggest another strategy? Instead of constantly waging a doomed counteroffensive, how about declaring a truce?

Rather than telling a woman what she wants, have you ever thought about asking her? Sometimes what they want is demented. That’s when you gently excuse yourself, leave the room, and lock the door from the outside.  If they don’t want what you want, move on to the next woman and ask. Keep asking until you find one who wants what you want.

If you’re looking for a queen bee, best to use honey instead of vinegar. If you expect to breed with women, maybe telling them that they’re subhuman she-demons isn’t the best way to go about it. Unless you intend on clubbing them over the head and dragging them into your cave, you’re going to need a bit of persuasion. Of salesmanship. So quit with the ugly jeremiads about Medusa and work on trying to charm Venus.