Conservatives Can’t Give Up On “Team USA” 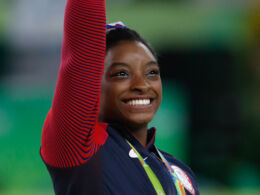 The Olympics are finally over and Team USA managed to edge out China for gold medals, but fewer Americans were ecstatic for the athletic triumph. In fact, a sizable number of conservatives rooted against America in some of the competitions, particularly women’s soccer. They felt the athletes no longer represented the real America, and that their achievements were being used to browbeat Americans with woke politics. They had plenty of evidence to justify this position.

Yet, the majority of conservatives continued to support the Olympians. They decided the Olympians who stood for the flag mattered more than the ones who knelt. Since few of the athletes hit viewers over the head with wokeness while performing, conservatives concluded Team USA was actually something to be proud of. One of those pro-Team USA conservatives is PowerLine blogger Paul Mirengoff. PowerLine is an interesting outlet. It’s a boomer conservative site for sure, but it’s mostly disengaged from Con Inc. dictates. It occasionally links to dissident writers like Steve Sailer without qualms and discusses verboten topics. It’s a good barometer for assessing the views of the conservative boomer.

Mirengoff dismisses arguments that the Olympics were “woke.”

[I]f we focus, as we should, on the athletes, these Olympics don’t seem woke at all. The American athletes I’ve seen (mostly in swimming and track, but in some other events too) almost uniformly seem thrilled to representing the U.S. Whether it’s a teenage swimmer or 32 year-old multi-multi-millionaire Kevin Durant competing in his third Olympics, they all want to drape themselves in the American flag when they medal.

He insisted that if the athletes had “any non-sports commentary to offer after successfully competing, it’s likely to be ‘all glory to God,’ not ‘black lives matter.’ In fact, I haven’t heard the latter slogan uttered at all in the many hours I’ve spent watching the Olympics.”

Mirengoff positively compares America’s 2021 Olympians with their 1968 counterparts, arguing that they seem to understand that the country “is nothing like 1968 in terms of race relations.” He implies that race relations are much better today. He concludes, “These Olympics did not offend my sensibilities. At their essence, they were an old-fashioned version of the games, not a woke one.”

There is a point here. Few athletes used their time in the spotlight to protest. Hammer thrower Gwen Berry, who infamously pouted during the national anthem at Olympic trials, didn’t even win a medal at the games. Black shot-putter Raven Saunders made an X-sign when the anthem played for her medal ceremony. That was about it for protests.

Most of the black athletes chose to drape themselves in the flag, which drew superfluous praise from conservatives. Gold medal wrestler Tamyra Mensah-Stock was a particular favorite. In a post-match interview, she credited God with her victory and beamed over how happy she was to represent the USA in the Olympics.

“I love representing the US. I freakin love living there. I love it and I’m so happy I get to represent U.S.A!”
pic.twitter.com/xgmXGhJgic

Conservatives couldn’t get enough of Mensah-Stock and pedestaled her as the ideal black athlete, in spite of her odd appearance. The Federalist contrasted her positively with Berry. The conservative outlet derided the hammer thrower for buying the “lie” that America oppresses blacks, while Mensah-Stock “rejected the leftist myth that America is an irredeemable empire stoked in the kind of racism that would bar the two from even competing in the first place.”

Mensah-Stock’s speech indulges conservative fantasies about blacks. They all want to believe that deep down in every black person, there is a proud patriot ready to come out. Blacks just need to be freed of their liberal-Marxist education and shown the truth by true patriots. Then they will turn away from Black Lives Matter if they just follow the wrestler’s example (never mind that the wrestler herself endorsed BLM in social media posts).

But while Mensah-Stock presented the image that conservatives idolize to the world — a Christian woman of color who loves her country — the real image was something quite different. Sure, the athletes may have draped themselves in the flag and said how proud they were to be Americans when they took the medal podiums. But their America isn’t our America. It’s the American Empire in all of its multicultural ugliness.

Simone Biles’ example is illustrative. The famed gymnast pulled out of most events this year due to unspecified mental health concerns. Her withdrawal made her even more of a hero and inspired dozens of articles about the need to indulge delusions about mental health and the “burden” black women must bear to be perfect. (In contemporary American society, black females are worshipped as godlike figures.) The Biles-worship received far more attention than Mensah-Stock’s speech, and will be remembered for a much longer time. Her preening is what Team USA represents, beyond a few nods to patriotism.When Nike made an ad for the American Women’s Basketball Team, it didn’t highlight patriotism and Christianity. It celebrated feminism, “racial justice,” and the erasure of white history from public education. The message of the ad: a real dynasty looks like the nappy-headed hoes of the USA women’s basketball team, not the dead white men of Rome. There’s an overtly woke message here that conservatives can’t ignore. The fact that the team won another gold medal strengthens their ability to propagandize. We all have to admire our champions, right?

Raising the bar at the highest level is what they do. They’ve done it consistently for over 25 years.

Congratulations to the USAB WNT for bringing home their 7th straight 🥇 and continuing to rep the best of us. pic.twitter.com/wfbIu0b5Nb

One can only imagine the terrible ads that would have resulted if the women’s soccer team had won the gold. Winning a gold in the 2019 World Cup turned the team into an advocacy group for “equal pay.” An Olympic gold would’ve further aided that mission.

Outside of these obviously Left-wing messages, Team USA supports the new America simply by existing. Its demographics hardly look like the historic American nation, with a heavy emphasis on black athletes. This fact is not ignored by propagandists. “Do you know what true patriotism would be in this moment?” asked USA Today columnist Analis Bailey. “Supporting Biles and all of the other Black women of the Olympics.”

Other figures even managed to find pro-immigration messages within Team USA. “I wonder how our medal totals would be if we had an exclusionary immigration system which we have had for the last few years,” stated former presidential candidate Jeb Bush. “My heart swells for all of our medalists, including those whose families have come from far-off lands to love our country.”

This message was particularly bizarre, considering the large number of immigrants who decided to play for their home country instead of America. Mixed-race tennis player Naomi Osaka was raised in America, yet she represents Japan. Immigrants may enjoy the fruits of America, but that doesn’t change their ultimate allegiance. With Jeb Bush’s immigration policies, we could have provided the facilities and training for the rest of the world’s best athletes. They would live in America, but they wouldn’t play for America.

Bush’s statement is also bizarre considering that most of Team USA are native-born whites and blacks. There are few Hispanics and South Asians competing for us. But that doesn’t matter. Team USA serves to buttress the entire ideology of the Empire. If the Empire wants more immigration, it will find a way to make its gold medalists an argument for it.

Conservatives are still not ready to give up on Team USA in the same way that they still identify with the Empire in its wars and rivalries. They still think we need to take out the mullahs in Iran, fight back against Putin, and defend Taiwan from Chinese invasion. None of these things concern the American people, despite the Empire’s insistence that they do. These are all imperial objectives that conservatives buy into. They’re still tricked by the flag and American institutions into supporting things that run counter to their own interests. They’re not ready to believe that it’s not their country anymore. That’s why they still root for the purple-haired freaks and BLM-loving blacks who represent Team USA. They somehow see themselves represented by these athletes.

There’s a long way to go to convince the stereotypical conservative to stop rooting for Team USA and stop signing up for the Empire’s wars. But it is a sign of progress that some of them are waking up.