In a recent article at The Epoch Times, “Erasing, Misrepresenting Canada’s History Erodes Foundations of Society,” a group of well-meaning and harmless conservative historians are cited at length expressing concerns about the tearing down of statues, renaming of buildings and streets, and overemphasis on Canada’s “racist past” without an acknowledgement that this nation has been “constantly improving” away from its “racist past.” I don’t wish to speak slightingly of the historians interviewed for this article. They seem sincere in their angst about the obliteration of Canada’s past from the public sphere. But these historians speak from a defeatist standpoint and they readily accept the premises of the “progressive” Left. Their argument is essentially that Canada’s “historical trajectory” can’t be categorized as purely racist, since this past eventually produced a non-racist Canada that welcomes millions of non-white immigrants. Canada is now a nation of “justice,” “prosperity,” and “equal rights for everyone.” Here is Patrice Dutil, a Professor of Politics at Ryerson University:

Without denying that Canada has had a racist past, Canada has also had a past of ongoing progress, of a just society, a society of law, a society of justice . . . We denied Chinese immigration in the 1920s, but over 60 years later, Canada opened its arms to immigration from Vietnam, the boat people. That’s an important part about Canada’s history, which is a society of progress, a society that is constantly improving.

Condemning the past without celebrating its progressive history, Dutil continues, is “only a one-dimensional view.” “There has to be a story that brings out what we have in common,” she says. What do we have in common? A Canada progressively more diverse and democratic. Focusing only on the racism of the past is too divisive.

The few valuable points these historians make are always defensive in tone, aimed at the moral conscience of Leftists. David Haskell, Associate Professor in the Liberal Arts at Wilfrid Laurier University, says that the “heart of the issue” is that anti-racists “focus exclusively on some ‘evil’ acts committed in . . . Canada [while] ignoring the broader history . . . toward freedom and rights for everyone.” He emphasizes how the “majority of decisions that were made” in Canada’s past, and the West generally, were “the right ones.” He clearly admires the Western heritage to which Canada belongs. The “rights of everyone . . . didn’t just spring out of nowhere,” but are rooted in Canada’s Western foundations. Not bad.

Gerry Bowler, former Professor at Manitoba, criticizes the demonization and silencing of debate by activists as a “threat to democracy.” The “erasure of Canada’s past” will mean that Canadians will have “no idea” about their past, “where we’ve been” and “where we’re going.” This is true. Dutil feels it is unfair to say that Canada is racist, but then gives in to the Leftist principle that “racist tendencies still exist to some degree.” How about saying that whites are the least racist, and that racist tendencies persist among Indian immigrants coming from a culture obsessed with white skin coloring products? He acquiesces to the claim that “terrible things happened in residential schools” with the harmless statement that “Canadian history, like all history, is complicated.” We must take the offensive.

It is particularly important for white Canadians to counter the relentless efforts of the academic establishment to portray “First Nations” peoples as eternal victims of whites. Here’s a counter-argument to the residential school extortionists: Amerindians are the most violent, homicidal, self-destructive ethnic group in Canada today. The Northwest Territories, Nunavut, and Yukon — where aboriginals enjoy complete autonomy over their affairs and where only a few whites who sustain their modern infrastructure reside — have the highest crime rates across Canada. Saskatchewan and Manitoba have the next-higher crime rates due to the presence of a high proportion of aboriginals.

The biggest abusers of native children today are indigenous peoples themselves. Jane Bates, Nunavut’s representative for children and youth, recently reported that the level of “child sex abuse” in this Inuit territory “is shocking.” The anti-white media, including conservatives, are suppressing these facts, but the evidence shows “crisis levels of violence and sexual abuse against children” in Nunavut.

This funding has likely increased since Mark Milke, a Senior Fellow of the Fraser Institute between 2010 and 2015, reported it in the Calgary Herald in June 2015. The evidence indeed shows that federal program spending per registered First Nations person amounted to $9,056 in 2012, whereas federal spending on all Canadians (including aboriginals) amounted to $7,316 per person. 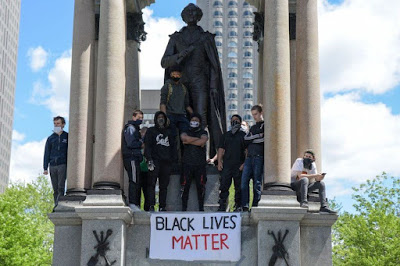 Are these progressives morally superior to the real men who founded Canada?

Why do conservative academics have this constant need to show they are not racist by welcoming immigration replacement policies? According to Stats Canada, the visible minority population (which does not include Aboriginals) could represent between 31.2% and 36% of the Canadian population by 2036, and the working age non-white population (ages of 15 to 64) could be as high as 40%. The population with an Aboriginal identity in Saskatchewan is projected to be between 21% and 24%, and in Manitoba between 18% and 21% by 2031. The major cities are already non-white majority or soon-to-be.

Without a clue about the nature of racial dynamics in history, but thinking only about how many shopping malls Canada will gain, Brian Mulroney, the globalist sellout who tripled immigration over his term as Prime Minister, recently called for a massive increase in immigration to bring Canada’s population to 100 million by 2100. Fearful of feminists, he could not call upon Canadians to marry and create bigger families. He could only envision policies that would increase immigration from Nigeria and India.

Do conservatives seriously think that non-white immigrants, without ancestry in Canada and living in a culture where whites are continually demonized and non-whites are celebrated, will show any attachment to Canada’s historical figures? Unless whites themselves affirm their heritage and ancestry, no one will respect their history. The way to counter accusations against Canada’s past is to affirm with pride and honor how Canada was founded by Euro-Canadians who were mostly born in the soil of this nation or came as settlers to build Canada from the ground up. 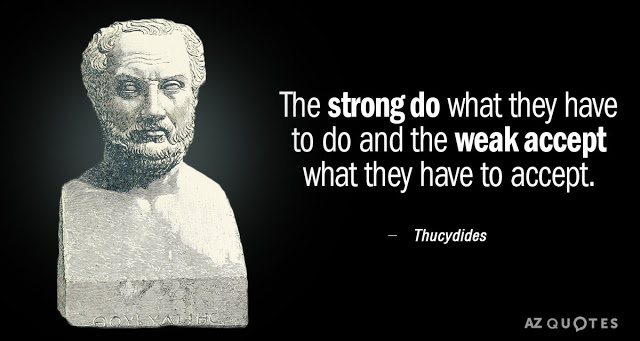 « Conservatives Can’t Give Up On “Team USA”