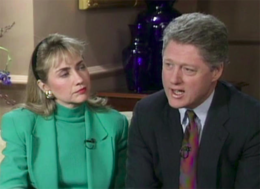 Well, I ain’t about to let it go
‘Cause I’ve loved her long enough to know.
When mama ain’t happy, ain’t nobody happy
So daddy’s gonna make mama happy tonight.

I’ve got a limo waitin’ and dinner reservations
A corner table with some candlelight.
We’re gonna spend some money, I’m gonna call her honey
I wanna see the sparkle back in her eyes.

So, Daddy plans to attend to Mama’s unhappiness “tonight.” At the end of the evening, Mama will be talking again, and smiling again, and . . . again, the way Daddy was hoping.

But that’s one night, and the takeaway to ponder is that the “ain’t nobody happy” part of this song’s conditional means that in the “battle of the sexes” — manifest in its many permutations both blatant and subtle — Mama gets to call the shots. Keeping Mama happy is Daddy’s full-time job. Maybe that’s fine with Daddy. He loves her. Some jobs are very fulfilling and rewarding, but then some are not. Johnny Paycheck, perhaps, comes to mind. “Take this job and shove it [3].” He then hints at why he is tendering his resignation: “My woman done left and took all the reason I was working for.” Well, okay, I get it, and that, again, suggests how much power women seem to exert over men. Lots of power. It’s the truth: ignore it at your own peril.

“When Mama ain’t happy” is one of my favorites because that line contains, for lack of a better term, what I call the kind of “folk wisdom” that country music can deliver with an emotional wallop. Almost any grown man I casually offer that “wisdom” to — “Well, you know. When Mama ain’t happy. . .” — will merely grin, shake his head and confirm: “Yeah.”

That line is so compelling because of the possibility for teasing out different insights into what men and women do to and for each other and beyond — the good, the bad, and the ugly.

The folk wisdom I find in “When Mama. . .” comes with love and affection — no cynicism attached that I can discern. Men want, no, they need, to keep women happy not just because it might make them “friendly” when the sun goes down, but because it’s what they’re supposed to do as men. How men treat women is a sign of their character. Think of the character signatures of Teddy Kennedy, Harvey Weinstein, and Jeffery Epstein. The feminist thrust toward social atomization strips away the opportunity for men to be “men” in that best sense of the word. Men offer women what other women can’t, and when they do it right, everyone is better off. Women at their best bring out the best in men. They — men, that is — are more inclined to behave themselves, to work harder, scrape off their rougher edges, and be more dependable. This extends into other arenas of social life, like being a good father, a reliable worker, and a helpful neighbor. Women get to have men around to be “the fathers” to the children that they cannot be, to share the burdens and joys of child-rearing, and, together, ease the chastening of old age.

That’s “the good” to take away from “When mama ain’t happy.” How about “the bad”? Was will das Weib? Yes, what does the woman want? Depends on the woman, Sig. And that brings me to something I call “the professionalization of unhappiness,” being unhappy as a full-time job, a career of making “my unhappiness with an imperfect world your fault. My job is to make you feel guilty and be unhappy about it and then abolish yourself.” “A woman without a man is like a fish without a bicycle.” Remember that one? Thus, unhappiness all around — “Ain’t nobody happy” — unhappiness that never goes away and puts the “professionals” in charge who keep ordering us to go away.

We’ve arrived at “the ugly.” Hillary Clinton as the prototype, hectoring, professionally unhappy mama, her life dedicated to being the worst kind of woman imaginable and bringing out the worst in men — beginning close to home with her husband. To be fair to her: the man from Hope didn’t give her much in the way of “best” to work with. But then, each found in each other what the other was searching for. George Gilder once remarked that “all politics is at one level sexual politics.” The long, tawdry history of the Clintons’ “political marriage” opens a window into the pathologies rampant in our highly-sexualized modern politics.

You can buy Stephen Paul Foster’s novel Toward the Bad I Kept on Turning here. [5]

Consider one of Hillary’s signature gestures of condescension and contempt that reaches back to the Presidential campaign of 1992 when this “power couple” was hoping to take their dueling banjos of avarice and ambition act to Washington DC. In a 60 Minutes interview, the devious duo was trying to spin their way out of Jennifer Flowers tattling on her long-term affair with Bill. Even as recently as the 1990s, American voters had some regard for marital fidelity. For the interview, Hillary was assigned to pull Bill’s, shall we say, “chestnuts” out of the fire. She was tucked up tight against Bubba on the couch, who was plowing his fleshy face into “earnest” as only he could do. Accoutered in Kelly green with a black headband, Hillary was looking a little too much like a well-groomed Southern Baptist lady on her way back from the weekly church prayer meeting. She must have been worried that she might be mistaken by the viewers as a “traditional” wife, a help-mate who cared a lot about her husband, which was somewhat the direction in which the Clinton handlers were trying to point her. Bill and Hill were supposed to come off as a normal, wholesome, devoted-to-each-other married couple instead of the more accurate picture that was coming into focus — a philandering cad and serial sexual harasser with an insanely power-hungry harpy in tow.

She couldn’t fake it. “I’m not sitting here, some little woman standing by my man like Tammy Wynette,” she snarked. Wynette’s “Stand by Your Man [6]” was originally released in 1968. It was the most successful single of her great career as a C&W singer. No doubt it was really popular in Arkansas, which must have greatly chafed at Hillary’s sense of “liberated” superiority. It was placed at number one on CMT’s [7] list of the Top 100 Country Music Songs.

No one could do the rocky shoals of troubled love and broken marriage like Tammy.

Tammy, it is safe to say, had really gotten under Hillary’s self-righteous, man-hating skin. Unfortunately, “pure H-E double L” would soon be in the White House with years ahead of Hill making us “feel her pain.” Oh, I wish we could stop this H-I-D-E-O-U-S B-I-T-C-H.

Hillary made it clear in that interview. She was not “some little woman” standing by her man — certainly not that big, sweet-talking lug of a cheater sitting next to her with images of White House interns dancing in his head. Okay, but then this trash-talking from William Jefferson’s sidekick left the viewers wondering: “if not ‘standing by her man,’ what the hell was she up to?” Several weeks later she snapped at a reporter asking her about her role: “I suppose I could have stayed home and baked cookies and had teas.” Welcome to unfettered, sarcastic, unhappy feminism. Even when it was politically expedient to dissimulate, this charmless Alinsky-ette struggled to suppress her contempt for that part of America that didn’t measure up to her expectations, one she hoped someday to put under her heel. Lacking Bill’s warmth and discipline — “the personality of an East German border guard,” someone said of her. She just couldn’t keep her inner-termagant in check. Her intemperate and infamous “basket of deplorables” slur in her 2016 Presidential campaign gave Trump supporters a powerful rallying cry and cost her dearly.

That slur was delivered at the “LBGT for Hillary Gala” in New York City. “Toto, I’ve a feeling we’re not in Kansas anymore.” Or Arkansas. It is worth revisiting because it captures the essence of professionalized unhappiness on the hustings, its targets, and what it portends.

You know, to just be grossly generalistic, you could put half of Trump’s supporters into what I call the basket of deplorables. Right? The racist, sexist, homophobic, xenophobic, Islamaphobic — you name it.

Yes, we do “know.” We know how “grossly generalistic” worked when Hillary moved into character assassination mode employing those “inventions” of professional grievance-mongers — “racist,” “sexist” etc. — to remind everyone that she intended to rain down unhappiness upon us, the deplorables, and more — our obliteration. “[T]hankfully they [us] are not America,” she added. You don’t need high-level skills in the hermeneutics of violence-messaging to figure out what someone with Presidential power, who has that kind of resentment in mind, would be planning [9].

“You name it” is not a throwaway phrase. It is an open invitation for the insufficiently unhappy, the not-yet-initiated to find their inner-victimhood, give it “a voice” and get in the game. Aus Opertum erwächst Macht. From the resentment of shared victimhood comes power.

In her shocking loss to the Orange Man, Hillary remained her vintage “Mama ain’t happy” self, blaming her loss on a phalanx of evil men. That stupid bigot, Trump, who could never have outsmarted a savvy, seasoned politician such as herself, must have cheated. Comey, Putin, and the deplorables sabotaged her coronation — so many men; so much blame, and, ah yes, unhappiness. She never seemed to grasp that “Erich Honecker in drag” was not the ticket to a 48-state landslide victory.

“I am woman, hear me roar, in numbers too big to ignore.” We are now in the grip of professionally unhappy mamas, like Robin DiAngelo [10] et al “roaring” about “Whiteness” and “systemic racism.” But here is the scariest part of “I am Woman [11],” an upchuck-inducing screech that hit the top of the charts fifty years ago.

You can bend but never break me
‘Cause it only serves to make me
More determined to achieve my final goal.

We’re now staring down the gun barrel at that “final goal” and looking at Kamala Harris, fingers crossed, studying J. Robinette Biden and wondering how many more months before his medication fails to keep him minimally coherent.

When old white Joe is moved into the dementia unit at the Greeting El Diablo Retirement Village, and Kamala raises her hand and swears to “preserve, protect, and defend the Constitution of the United States,” think about Chief Dan George in The Outlaw Jose Wales: “Get ready, little lady, hell is coming to breakfast.”