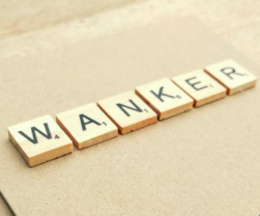 Hiding Behind Your Blackness to Torture Cats

Rashad Gober is a 31-year-old black man who has dreadlocks, wears rainbow-colored headbands, and sports T-shirts with messages such as “WHY BE RACIST, SEXIST, HOMOPHOBIC, OR TRANSPHOBIC WHEN YOU COULD JUST BE QUIET?”

He also has recently taken to social media posing as someone who takes in abused cats and nurses them back to health.

Last week the proud black resident of Cambridge, Massachusetts was arrested and charged with four counts of animal cruelty. He is suspected of shooting two of the cats with a BB gun and leaving chemical burns on another. One of the cats, who had “large portions” of her fur removed and was shot 11 times with a BB gun, died from the torture.

When police first began suspecting that he was the “Cambridge Cat Killer,” Gober reportedly told locals — including an owner of one of the cats he allegedly tortured — that officials had racially profiled him. And some of the locals, being white and from Massachusetts, believed him.

Last week, possibly sensing that the walls were closing in on him, Gober posted the following two messages on Twitter:

Well, “Rashad,” they weren’t so incompetent that they didn’t find you, were they?

A further investigation revealed that Gober was leaving sticky traps and cat food outside his house in an apparent attempt to lure the small, helpless felines into his lair. And a review of his Internet history reveals that he searched the following terms:

Gober’s criminal case will test the mettle of Massachusetts progressives. Everyone knows they like cats, but do they like psychopathic young black males even more?

Rapidly aging and increasingly annoying TV political yenta Chelsea Handler is reaching the age where her eggs start to fossilize. She once dated the mentally retarded ex-famous rapper 50 Cent, and last year when Mr. Cent declared he was voting for Donald Trump, Handler publicly reprimanded him as a black man for not realizing he was supposed to vote for the other old white guy instead.

Handler recently appeared on a radio show hosted by some gay guy named Andy Cohen. When Cohen asked her what “type” of man she was looking for in a dating partner — rather than asking her why she has never married nor borne children — Handler replied:

I think black. I mean, with white men and the way straight white men have been acting for the last couple of years, I think there’s only one direction to go in — that’s black, Asian, Latinx, anything that isn’t, you know, a white privileged male who’s denying what’s happening. . . . I mean, listen, that’s not all men, obviously. We all know that there are good men out there. But very much like the police, there are too many bad apples to overlook as a collective. Like, there has to be a collective reckoning and saying, “Hey ladies, we’re sorry, you know, for everything we’ve done. We didn’t understand that you were at such a disadvantage or that every marginalized group was at a disadvantage because of us since the beginning of time.” . . . So a lot of my material is aimed at, “Hey guys, we’re trying to make sure you don’t go extinct, so can you fucking listen to what we’re telling you and just shut up and say you’re sorry?” Say you’re sorry, and we’ll tell you when your probation period is over in about six months to a year.

This is the reason that “marginalized” people were marginalized in the first place. Let the re-marginalization begin!

If you thought that “cancel culture” and “wokeness” would stop with mere deplatforming from social media, you underestimated how insatiable these lunatics are.

Canada and New Zealand serve as canaries in a coal mine for just how sick things will eventually get in these here United States. Both nations are preparing to make it a civil offense to commit the unpardonable sin of “hate speech.” Not to be outdone by the Land of Ice and Snow, New Zealand is one-upping them by also allowing for the incarceration of hate criminals.

In New Zealand, proposals would make the crime of “inciting hatred” punishable by up to three years in prison and a $50,000 fine. Justice Minister Kris Faafoi — who is a fat man of Pacific Islander ancestry, so there’s no way he could have any possible axe to grind with Caucasian Kiwis — promises that the new laws are not impossibly vague and won’t create a climate “where people were afraid to speak up in a pub”:

The language of hatred and of course for violence that we propose would catch only extreme speech. . . . We do not see the reframed offence as engaged by micro-aggressions. . . Nor would it be a mechanism for criminalizing the vigorous expression of opinion on controversial issues. . . . I would argue that political speech certainly shouldn’t and wouldn’t be covered by an offense that requires intent to stir up hatred and is aimed at groups.

In Canada — where people are so boring and unimaginative that they chose a leaf as their national icon — the feds have proposed new restrictions designed “to crack down on online hate speech.”

Under Bill C-36, “Canadians posting hate speech” could face federal fines of up to $50,000 “if they refuse to stop” and also be forced to pay their “victims” up to $20,000, which makes it clear that the government wants a bigger slice of the Hate Speech Money Pie than it is willing to disburse to the “victims.”

As in New Zealand, Canuck officials are trying to assuage the fears of the hateful by promising that they won’t prosecute all hate speech — just the really, really, really EVIL kind. The bill states that language that merely “discredits, humiliates, hurts or offends” others may not meet the bar — rather, hatred is “defined” as “express detestation or vilification of a person or group on the basis of a prohibited ground of discrimination.”

Until I draw my dying breath, I will expressly detest and vilify anyone who proposes, enacts, or justifies laws such as these.

Scrabble is a word-oriented board game that has existed since 1938. In the USA and Canada, it is owned by Hasbro, a conglomerate with a net worth of just over $5 billion; throughout the rest of the world, it is owned by Mattel, whose net worth is estimated at slightly more than $6 billion.

Since millionaires and billionaires understand what it’s like to be oppressed far better than, say, guys who feed themselves by writing weekly news roundups for sites that labor under the threat of having their financial cord yanked at any moment, Mattel has recently released a list of 419 words that it no longer deems suitable for Scrabble players worldwide.

It’s no coincidence that these are 419 of the most enjoyable words in the English language.

What’s troubling and confusing is that many of these words are homographs — two words with two different meanings but spelled the same way. You can’t use CHINK in the sense of a blemish on one’s armor because you can also use it to demean those slant-eyed little yellow bastards who threaten the pillars of Western Civilization. The new list bans the word “JEW,” but only because it can be used as a verb which suggests that Jewish people can occasionally be cheap. You can no longer use it to, y’know, simply describe a Jew.

At the risk of offending Jews — not that there’s anything wrong with that — the new list bans popular Yiddish terms such as SHIKSA (and a whopping seven spelling variants), SCHVARTZE, and GOY.

I propose a new board game where you’re only allowed to use the 419 words that have been added to Mattel’s Scrabble No-Fly List. Who’s with me on this?

» They’ll Laugh If You’re Chopped Up: The Narcissistic Sadism of White Leftists