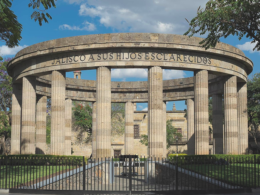 Despite gaining currency, we are yet to understand the exasperation of the anti-colonialism movement. Frequently, activists denounce colonialism without giving just cause. Customarily, they revisit atrocities like the Amristar Massacre or discuss the tyrannical rule of King Leopold II of Belgium, but such occurrences can occur in independent states. For example, Nigeria and Uganda experienced defective leadership under Sani Abacha and Idi Amin as independent states.

However, reminding activists that postcolonial leaders can be more brutal than their colonial predecessors is a losing strategy, because they are uninterested in truth. Anti-colonialism is a political ploy to enslave white people to the greedy demands of activists by cultivating guilt about Western imperialism. Clearly, imperialism is expensive and often oppressive, but the imposition of Western rule produced favorable outcomes in several countries.

In India, for instance, the British abolished slavery and sati, the act of a widow immolating herself after the death of her husband. Also forgotten is the role of missionaries in opposing human sacrifice in colonial India. And for all the blistering critiques of Western colonialism, the truth is that European powers replaced autocratic regimes with more democratic administrations in many cases. After the defeat of the Asante by the British Empire in 1874, the Treaty of Fomena stipulated the abolition of human sacrifice, outlawed slavery in the Gold Coast, and recognized the independence of tributary states. In fact, Raymond Kelly argues that had it not be been for the intervention of the British in the 1900s, the Dinka would have been wiped out by the Nuer.

Critics are free to point out the flaws of Western colonialism, but according to William Easterly and Ross Levine in their paper [2] “The European Origins of Development,” on average, the benefits of colonialism outweigh the costs. Furthermore, Feyrer and Sacerdote (2006) contend [3] that the number of years spent as a colony is positively correlated with modern incomes across islands. Remember that Western Europe has been at the forefront of development for over 500 years; therefore, relatively backward countries would have benefited from the institutional capabilities of Europeans.

However, in contrast, Daron Acemoglu, James Robinson, and Simon Johnson in a seminal 2002 paper [6] posit that as a result of colonialism, regions that were relatively rich in 1500 are comparatively poorer today when compared to the West. Though the paper remains influential, critics have misinterpreted the findings. The argument is that Europeans established extractive institutions in regions where the environment was inhospitable to long-term settlement to reap short-term gains. Although the authors are not incorrect, their conclusion more broadly confirms the resource course. Economic [7] literature [8] suggests that an abundance of resources fails to stimulate innovation. Resource-rich countries are afforded several options to make money, so they are not pressured to innovate, hence marketing their assets could be a cheaper alternative. More resources can also create a perverse incentive for the political class to engage in rent-seeking activities.

Evidently, the countries identified as becoming relatively poorer are resource-rich, so one can surmise that maybe if colonists had discovered a surplus of gold and silver in North America, they would lack the motivation to create quality institutions. Another objection to this proposition is that “relative poverty” is a poor proxy for development. Relative to America, Mexico is poorer, yet objectively incomes are higher now than in 1500. Further, prior to colonialism, the Aztec and Inca empires already possessed extractive institutions, and continuing on this path would induce poverty, not wealth. The inclination to view wealth creation as a zero-sum game is the norm in history, and as economic pioneers Joel Mokyr and Deirdre McCloskey explain in countless books and articles, economic growth in the West accelerated after jettisoning the worldview of mercantilism.

Similarly, Joel Mokyr opines that this revolutionary change in how people perceived economic relations accounts for the success [9] of North American colonies:

The economic success of the North American colonies (in contrast with those South of the Rio Grande) was due not just to the importation of institutions from their European counterparts in areas in which Europeans could settle but from the British-inspired Enlightenment principles that supported them. The American constitution differed a great deal from the British system and diverged further away from it in the decades after independence. What it owed to its western European roots was not only institutional adaptability and the ideas of secure property rights and the rule of law, but the deeper Enlightenment notions of economic freedom, the importance of maximum mobility of goods and factors within an economy, and the desirability of equal access and competition. The economic success of areas in the new world was in part determined by the degree to which Enlightenment principles had penetrated the mother country and in part by the ability of the mother countries to transfer them to their new world offshoots.

In addition, contrary to critics decrying the effects of colonialism, research [10] reveals that the longer former colonial bureaucrats were available to guide African officials after a country’s independence, the more effective its government. Institutions created by Europeans in Africa were foreign to locals, hence for these bodies to be beneficial, Europeans had to transfer knowledge to locals; therefore, a longer duration of colonial rule resulted in capable bureaucracies staffed by competent locals.

Finally, we can never forget the phenomenal role played by missionaries in ensuring that colonial administrations delivered high-quality public services in the developing world. As recounted [11] by Robert Woodberry and Timothy Shah in the article “The Pioneering Protestants,” missionaries were instrumental in allowing marginalized groups to access education:

Protestant missionaries lobbied so effectively that, for instance, British-run India had government-funded schools by 1813, twenty years before England did. Moreover, because the souls of all humans had equal value in the spiritual economy of the missionaries, they often provided the only formal education open to women and marginalized groups such as slaves, blacks in South Africa, or members of “untouchable” castes in India.

Additionally, reviewing the impact of Christianity in Africa in a classic article, Emory Ross wrote [12]: “Christian missions have been almost everywhere the introducer of western medical, surgical, and public health methods, and the pioneer trainer of Africans in these skills.”

The evidence explored in this piece does not suggest that we revert to colonialism, but rather that Western colonialism requires an impartial assessment. Moreover, opponents of the school of anti-colonialism do not object to activists revisiting past horrors; however, in doing so, they should clearly state the values affirmed by the movement. Observers know that they are against Western imperialism in the developing world, but are we to assume that they endorse the pre-colonial imperialism of the developing world and its regressive features? Anti-Western sentiments are popular, though based on the evidence, it is obvious that Western colonialism had progressive features, and on average represented superior governance compared to pre-colonial empires.