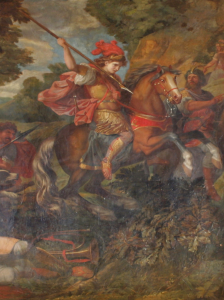 Jennifer P. Wisdom [3]
Millennials’ Guide to Management & Leadership: What No One Ever Told You About How to Excel as a Leader
USA: Winding Pathway Books, 2020

If one wants to change the world, one needs to master the basics. One of the most basic functions is day to day getting by in one’s career, and that includes leadership/management on the job. If one is of above-average intelligence and sticking with a job, eventually one becomes a leader or manager. And by “eventually,” I really mean you end up being a leader very quickly. And leadership is hard.

The first part of day-to-day managing is dealing with difficult people. Renée Evenson has written a book about just such a thing. Before getting too deep into Evenson’s ideas, I’ll add my own insights.

Check yourself to see if you are the difficult person. If you are back talking, getting hard looks, and/or instinctively wanting to do the opposite of what the boss wants, then you might be the difficult one. This sort of situation will be tolerated until it isn’t. Chances are one’s employer or rivals will scheme to get rid of you at the first chance. In the meantime, one might also not be getting all possible opportunities either.

Looking at it another way, check and see if your ego isn’t getting in the way of progress. Don’t elevate trivial over critical.

Size people up before you say a word to them. Experience is critical to successfully figure out how a person tics, and there are a number of books and articles that can help one get a sense of how to do that in the real world. Ultimately, the aim of sizing a person up is to better manipulate them to do what you want. This might seem cynical, but we don’t live in a utopia.

Renée Evenson argues that when dealing with difficult people one needs to already have a good sense of how to read and send the signals of body language, how to dress, use one’s tone of voice, and facial expressions. When you have a confrontation with a difficult person, Evenson writes:

Remaining calm and in control when dealing with conflict is essential. If the issue doesn’t directly involve you, it should be easy to stay composed. But what happens when you are involved? It’s going to be much more difficult to control your emotions, but maintaining self-control and objectivity is paramount. If you find it difficult to stay calm, take some deep breaths to help slow your racing heart. Better yet, make it a rule to always take time to fully think through a situation and calm down before entering into a discussion. Any time you’re having a hard time controlling your emotions during a discussion, postpone it to a later time. It’s better to walk away than lose control. (p. 48)

Evenson argues there are five steps one should take prior to a run-in with a difficult person.

Most of the book shows conversational examples deal with various difficult people using the five steps.

Unfortunately, there’s always somebody who might not be on point with a five-step resolution for change. There is always someone that is spiteful, immature, making poor decisions, dishonest, etc. that you will run into. There are no easy answers to dealing with such a person, especially if one is in a circumstance where one cannot simply fire the person. However, one can take steps to mitigate the problem by going to the human resources department for advice, talking to a lawyer, or going to a higher level on the chain of command.

Although I can’t find the direct quote online, I once read a US Army Field Manual about senior leadership which told the story of a brigade commander’s leadership challenges during one of America’s many wars. The commander had three regiments. The first regiment’s colonel usually saw eye to eye with the commander and needed little guidance. The second always insisted on more details. The third colonel always argued the opposite of what the commander said. So the brigade commander issued three different orders. The first colonel got a basic plan and the second a more detailed one. The third colonel got orders, but before they were given, the brigade commander would say, “I’ve got a mission for you, but I don’t think your regiment can do it. . .”

Jennifer P. Wisdom’s book on leadership amplifies the anecdote above. Officially, it is for the millennials [6], but anyone can use it. Most importantly, it discusses the dangers of cancel culture, although Wisdom’s writings imply that cancel culture is morally correct.

When I started my career, homosexuality was grounds for dismissal from the military as well as most other jobs. Indeed, “wrong as two boys [having intercourse]” was a common phrase. Less than ten years ago, most companies wouldn’t insure a same-sex spouse. Today, companies seek out homosexuals and actively fire anyone who disagrees with the lifestyle to include those complaining about obvious quackery like the transsexual [7] fad [8].

So one must be aware that one’s day job might not be the place for social activism. I’d argue, that one needs to rise up the ranks as much as possible and then shape one’s organization in a way that leads to pro-white outcomes elsewhere. Ultimately, we must strike down the 1964 Civil Rights Act. A problem arising from the ’64 Act is a “hostile work environment.” Richard Hanania writes [9]:

Because an employer is liable for the aggregate of all its employees’ speech, wise employers will bar any sort of statement that might, if repeated by enough people, be “severe or pervasive” enough to create a hostile environment.

In other words, “Woke Capital” might really be “Hostage Capital.” Businesses must display a pride flag or the Commissars of the 1964 Act will smash them. I’ll add too that nonwhite troublemakers are protected by the 1964 Civil Rights Act. Insubordinate behavior not tolerated among whites is encouraged among nonwhites.

Wisdom’s book is a must-read for anyone trying to make it in a large hierarchical organization. It gives the ins and outs of how to manage office politics, motivate staff, improve staff, and deal with a floundering boss or lousy employee. It is organized into chapters like “Office romance Dos and Don’ts” and “Learning from Failure.” The concepts in the chapters are organized into bullets. They are easy to read.

One insight is that humor works, but the jokes shouldn’t be directed at any one person. Also, be aware that cancel culture is out there. Humor always has a mean edge to it. I have found that women who have a Bible on their social media profile or on their desk at work never take jokes well. Other insights include prioritizing one’s health and repeating “the message” over and over. One should also re-adjust one’s biases continuously.

Then there is office politics. There is no way to get away from that scourge. Don’t gossip or say anything bad about anybody. If you need to discuss things over, talk to somebody that is outside of the organization. “At a minimum,” writes Wisdom, “you should be aware of what’s going on around you politically to ensure you protect your team and take care of your career.” (p. 19). This message hit home, I once worked at a startup company where the boss spent his time handing out food to the poor and going to prayer breakfasts sponsored by the Republican Party. Meanwhile, his business partner was scheming to take over the entire operation for himself and another one of his employees was wrecking things in other ways. The company, which was easily on the way to earning $1,500,000 per year, came to a crashing end.

With that, “If one is the leader, disrespect should not be tolerated. Identify how you want to proceed, including consulting with someone else about your response, discussing with a friend, or responding directly to the individual.” (p. 142)

Wisdom also discusses what to do if one sees a round of layoffs coming, and how to look for a new job as well as a major change of career. Ultimately, one should consider developing a whole-life career resume. What did you really do? I suspect that one’s greatest life lessons and successes came in the hours outside of work.