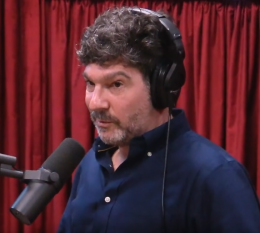 Four years ago, Joe Rogan had a very instructive conversation with Jordan Peterson and Bret Weinstein about Adolf Hitler. Most have probably heard of this last person, as well as the first two. The third, Weinstein, is an evolutionary biologist who attained notoriety in 2017 when he stood up to Evergreen State College in Washington State when they attempted to kick white students off campus for a day.

« Withnail & I Viewed From the Right