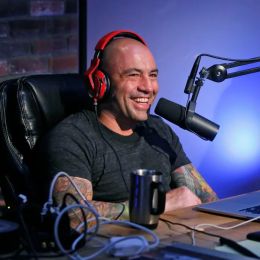 Joe Rogan is an American radio host and YouTuber whose videos typically receive 200,000 to 2 million views. Rogan is popular among Millennial men whose interest in politics ranges from active to passive. His top interviews include Elon Musk, Alex Jones, Edward Snowden, Ben Shapiro, Tony Hawk, Mike Tyson, Neil deGrasse Tyson, Bernie Sanders, Jordan Peterson, Kanye West, Russell Brand, Tim Pool, and Steve-O from the aughts-era MTV show Jackass. Rogan has positioned himself at the center of what interests young men on both the Left and Right in the millennial generation. He and his audience seem to be the most interested in mainstream Rightist figures such as Jordan Peterson and dissident Leftist ones such as Bernie Sanders and Russell Brand. Culturally, Rogan appeals not only to bros who like ultimate fighting but also skater punks and potheads who once did DMT.

Several publications are making news of the fact that he has stated that white men cannot speak their minds freely anymore. He said this in response to his guesting noting how a Leftist said that even when white men use self-deprecating humor, they are flexing their privilege because people will interpret it as more self-deprecating than if someone with less privilege made the statement. This frustrated Rogan, who remarked that someone has got to stand up to the “woke” crowd or else they will keep pushing until white guys can no longer say anything without getting in trouble. Even the movies Rogan liked from the 2000s and 2010s were no longer kosher enough for the “woke” though police.

Rogan’s audience members should know the hierarchy when it comes to race and gender. At the top are Jews, then African Americans, other non-whites, white women, all living things but white gentile men, all non-living things, and finally white gentile men — in that order. Ultimately, the spectrum shows who really is vying for power in America, and who is determining the social norms for everyone.

You see, Jews flock to white societies because they have the most material wealth and somewhat familiar cultural norms. Jews who don’t live in Israel prefer to be a small proportion of the population wherever they live and to skim off the top of what the society has. We see this as Jews are only 2% of the American population yet a third of its billionaires, and as one goes down in levels of wealth, the proportion of Jews lowers to the point where they are just about as likely to be upper-middle-class and then become less common among the poor. Jews have it pretty good wherever they go, but they can never really relax, because there’s always the risk that the majority will gang up on them and take away their advantages, try to make them integrate more, expel them, or worse.

In order to maintain this precarious position in society, Jews use the Anti-Defamation League (ADL) and other Jewish organizations to silence all criticism of Jews and portray it as the inspiration for terrorist attacks. They never bemoan criticism of white gentile males or assert that such criticism invariably leads to harm against them because they don’t care about white gentile men, viewing them as their main competition. Jews look the other way when it comes to affirmative action against white men because whatever losses they must take along with whites are nothing compared with what they would need to give up if they were relegated to occupying 2% or less of all high-status positions in society as Jews.

Jews like to use blacks as pawns in their game of shoring up their position in society. If they can make it look like evil white male cops are the main oppressors in society by cherry-picking incidents of white male police brutality against blacks, they can deflect attention from the enormous advantages Jews have in society. Now that blacks are attacking Asians (even more than they generally attack people who live around them) the media is framing it as an issue of white supremacy and covering up the identity of the attackers. No matter who’s doing bad things, white guys must take the blame. Most media conglomerates, by the way, have Jew CEOs, and the further one goes up in power in media companies, the higher proportion of Jews one finds. This is not an accident. Jews have a habit of promoting other Jews to power and giving each other special advantages. They don’t do so because they have plans of controlling the media for their ethnic group. Rather, they simply gravitate to media and naturally like to associate with each other. However, they all know what to do when the ADL comes knocking at their door telling them to suppress one thing or another. They really dislike the freedom white guys have on the internet to determine their political beliefs and are pushing Google to censor search results and tech companies like Twitter to deplatform politically incorrect posters.

As for white women, they want to protect themselves against being labeled “racist” to a greater extent than men. They want to be seen as good, empathetic people as well. They are content with their position in the politically correct hierarchy because it means they don’t have to be on the bottom. They are disappointed with modern millennial white men anyway, and many feel it is the best they can do to succeed in careers and other things.

And that leaves you, white guy reading this, at the bottom. Some white guys can still find success despite this oppressive climate. A few virtue signals to political correctness and anti-Trumpism can help buttress a decent social position for many white men. Still others, though underemployed and struggling, can put a roof over their heads and afford to retreat into whatever escapism amuses them, be it video games, collecting things, watching professional sports, exercising, etc. It’s not that bad yet, but if they’re smart, they’ll listen to Joe Rogan now. When Jews and their “woke” minions are attacking you as a group, you’ve got to defend yourselves as a group. And maybe white women shouldn’t need to virtue signal against their group for fear of being called racist. Maybe they deserve the same right to defend themselves as a group.

“Woke” society initially just went after members of the alt-right and Internet trolls, doxing them and in some cases using spurious lawsuits against them to get them fined or even put on trial, but now they’re coming for you, Joe Rogan listener. Maybe instead of flexing your sense of altruism for non-whites to show how strong you are and how you don’t need any help from anyone, you should acknowledge that you’re not all-powerful and that this “woke” discrimination against white guys might be the difference in your life as to whether you get hired to a job, get promoted, or even whether you get a girlfriend.

To start defending yourself against “wokeism,” it isn’t necessary that you be a public white advocate, but silently it’s time to start learning more about how to defend yourself and other white guys. Having said this, those few men who come out publicly in support of their race and actually have something to lose for doing so will become great leaders for showing a lot of bravery and having a genuine sense of altruism. There’s an avalanche of white guys waiting to dole out a stronger version of the anti-establishment feelings they felt over Trump and Sanders. The spearhead of wokeism, the organized Jewish community, would love to silence you before it has a chance to break out.