Being Liked By Others While Hating Yourself 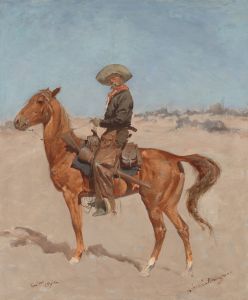 As I understand it, most people would strongly prefer that others approve of them even if it means being untrue to themselves — and that’s something I’ll never understand about most people.

It seems that most people would rather be liked by others than be okay with themselves, and that’s something I strongly dislike about most people and think is not okay at all.

Mind you, I use terms such as “seems like” because I’m not in the business of diagnosing others like so many extremely online people tend to do. Not only don’t I claim to know what’s in anyone else’s head, I’m genuinely afraid to look.

Take, for example, the rampant use of the word “narcissist” as an online pejorative. In message-board pissing contents rather than in clinical diagnostics, a “narcissist” often seems to be someone more attractive, intelligent, successful, and charming than whoever’s calling them a narcissist. It’s funny how the losers in any failed romance are always getting dumped by narcissists. It’s akin to how the bad guys always wind up losing every war.

There’s also the preposterous overuse of the smear term “autistic” or “autiste,” which in practice seems to be used to demean someone who’s winning an argument by relying on facts rather than appealing to emotion. To hear such types prattle on and on, it’s almost as if they feel that caring about truth more than about being liked was some deep flaw rather than a sign of virtue and honor.

I haven’t been able to dredge it up from the Web’s septic bowels, but about a dozen years ago I read an essay from a self-identified Aspie about “neurotypicals,” which is a smear term the “autistic community” — talk about an oxymoron! — employs to describe the world’s conformists and lemmings and Average Joes. It’s the unapologetic autiste’s version of “normies.” The essayist spoke of how neurotypicals are fundamentally dishonest and will keep changing their opinions to suit rapidly changing ideological trends due to an unquenchable thirst for social approval. They posited that the neurotypical personality has no core except for the rampaging compulsion to fit in at all costs, even if it’s costly to one’s self-image and self-esteem.

I sent that essay to a few friends and associates to ask them what they thought about it. With no exceptions, their responses were some close variant of “I want to punch whoever wrote that in the face.”

I was surprised, although I probably shouldn’t have been. I’ve known since my days of diaperdom that I am neurodivergent — or, to coin a neologism I just plucked from my cerebrum like pulling a speckled rabbit out of a misshapen hat, I’m a “brainqueer.”

“We’re all social animals,” the social animals have told me again and again as if it’s going to seem true to me after the hundredth repetition and I’ll abruptly relent, say I was kidding all along, put on my animal pelt, and join the pack.

I’ve also noticed that while I realize they’re innately different from me and I don’t hold it against them, their brains seem incapable of processing even the possibility that not everyone is a social animal, and if they claim otherwise, they must somehow be bluffing simply to be contrarian.

Keyboard psychologists also overuse the word “sociopath” as a term of denigration, almost as if societies act nobly rather than like rock-tossing, crotch-grabbing apes. But when you observe societies from the outside rather than from within the mob’s feverish warmth, you realize what shallow, malleable, empty back-stabbers most over-socialized types tend to be.

Those who are socially wired, who seem to think it’s the height of human virtue to have your face blur into unrecognizability amid a crowd, seem to believe in the fallacy that what is normal or average is necessarily good. But if that were the case, we’d all still be amoebae. Every advancement in human history has been achieved by weirdo loners, not interchangeable minnows. I believe that one genius can offer more to a society than a million conformists can, even though that genius may get next to nothing back from society in return.

Individualism seems naturally repugnant to those who naturally don’t have much to offer as individuals, who feel most comfortable blending anonymously into a mob like grains in a bowl of rice.

In the same sense that I think traditionalism is for people who are incapable of coming up with any new material, I think that the blind urge for mass conformity is for dullards and dupes and for those who’d be utterly lost and screaming naked at the skies without being told what to think.

From a long lifetime lived as a social voyeur, it seems to me as if most people would rather be shot in the head than disliked. I’d rather be disliked, which seems like the more sensible position, but I would think something crazy like that, wouldn’t I?

I understand that a society filled with nothing but individualistic loners would cease to function almost immediately. But I also suspect that a society filled with nothing but hollow, vacant, brainless worker ants would never get a yard beyond the anthill. You need both types to form a successful society, but what I don’t comprehend is that it seems that only the individualistic loners comprehend this.

Sure, there can be severe consequences to shouting the truth from the rooftops rather than being strategically quiet from time to time. While thumbing through some New Age rag at a health-food store back in college, I read that the only difference between a mystic and a psychotic is that a mystic knows when to shut up. If, on one sunny afternoon, everyone spoke the unfiltered truth about how they really felt, no one would be alive the next morning.

What I’m trying to say to readers of this site is that many of you need to lay the hell off the robotic demands for strict ideological purity. If you’re white in America right now, you — just like me — are being targeted for replacement if not outright elimination. Historically, systematic propagandistic dehumanization is typically a prerequisite for mass violence, and my guts tell me that’s exactly what’s going on right now.

If you’re white and you agree with me on that, I don’t see why we need to agree on anything else. It’s a very important common interest, but beyond that, we don’t need to agree about religion or tax rates or music or drugs or degeneracy or anything else.

In the narrow but crucial sense that my skin makes me a member of a group that is being set up for a huge fall, to mine own hive I’ll be true. In all other matters, to mine own self I’ll be true, and matters not a whit whether you like it or not.