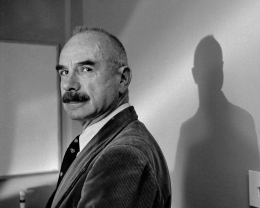 Tariq Nasheed [2] is a prophet and a pusher, partly truth, partly fiction — a walking contradiction. He’s also the dumbest person on Twitter.

Back in 2017, this mentally handicapped black supremacist who was probably advised by a Jewish lawyer to call every white person he attacks a “suspected white supremacist” warned [3] us that despite all the video evidence that seemed to show his co-blacks rapin’ and burglarizin’ and mobbin’ and wildin’ was probably the work of white supremacists skilled at the art of tricknology:

There are several companies that make realistic looking “Black men” masks, and white supremacists are using these masks to commit crimes, like bank robberies,etc. I wonder what other crimes they could be committing using these masks?

Last week provided ample evidence of how right he was. We are a nation in the throes of anti-Asian violence committed exclusively by white supremacists wearing rubber black-dude masks, as all of the following stories will demonstrate.

In Tacoma, Washington — easily the biggest shithole in the Pacific Northwest — a 15-year-old white supremacist wearing a black-man mask [4] was arrested after he was mentally retarded enough to post a video of himself taunting and assaulting an Asian couple — which, as we all know, is something that white supremacists and never blacks are wont to do. Just look at WorldStarHipHop [5] — it teems with millions of videos of white people in black rubber masks assaulting nonwhites who, due to the rampant violence against their dusky ilk in this country, are forced to go about their daily chores hiding behind thick layers of whiteface.

In Manhattan, a 38-year-old white man named Brandon Elliot [6] — free as a bird after stabbing his mother to death in 2002 because we all know that this country doesn’t take white crime seriously — was arrested after he donned his black-man mask, knocked a Filipino woman to the ground, stomped on her, and told her “You don’t belong here.” New York mayoral candidate Andrew Yang, showing that his true color is yellow, said that the victim “could easily have been my mother.” The Chicago Sun-Times [7] neglected to mention the assailant’s race, but made sure to inform readers that the neighborhood where the attack occurred was “predominantly white.”

Also in Manhattan, the NYPD Hate Crime Task Force [8] is searching for the white man who donned a black-man mask, uttered an anti-Asian slur, and struck a 37-year-old Asian woman in the back of the head on a subway platform.

Yet again in New York City — which is ashamed of giving us Donald Trump but seems to shrug at this sort of shit — a video shows a white man in a black-man mask [9] punching an Asian man on a Brooklyn subway train until he fell to the floor, curled up in the fetal position, convulsed with each additional blow, fell unconscious, and then had his face slammed into a seat.

In Seattle, a self-hating white-supremacist Black Lives Matter activist [10] who joined the Capitol Hill Autonomous Zone last summer and has made social media posts condemning white supremacy and anti-Asian hate crimes has been arrested and charged with two anti-Asian hate crimes for tossing slurs such as “Fuck you, Asian bitch!” and lobbing projectiles at Asian women in two separate road-rage incidents.

Louis Farrakhan is widely known as the world’s greatest transphobic calypso singer [12] and the funniest person [13] ever to be banned from Twitter.

In a story that was destined to fuck up the whole White Supremacist Capitol Siege narrative until it was quickly scrubbed from front pages all across this once-great land, a self-described “Follower of Farrakhan [14]” who called himself “Noah X” rammed his car into a Capitol Police barricade in Washington, DC, killing one white officer.

Facebook deleted his profile [15] within nanoseconds of it being revealed that the attacker was not the beer-bellied redneck that Facebook was hoping it was.

Diligent cyber-gumshoes were able to take screencaps of Mr. X’s Facebook posts before they were memory-holed, and they paint a portrait of a young dumb unemployed black man who suspected that the feds were forcing him to take mind-control drugs that he was “intaking unknowingly” and that the only beacon of light in his darkness-strewn life was the Right Reverend Violin-Playing Toothy Louis Farrakhan:

My faith is one of the only things that has been able to carry me through these times and my faith is centered on the belief on the Honorable Minister Louis Farrakhan as Jesus, the Messiah, the final divine reminder in our midst, I consider him my spiritual father. Without his guidance, his word, and his teachings that I’ve picked up along the way, I would’ve been unable to continue.

After ramming his car into the barricade and killing the white cop, Noah X (born with the slave name Noah Ricardo Green) emerged from the vehicle wielding a knife, whereupon he was promptly shot dead.

You can buy Jim Goad’s Whiteness: The Original Sin here [17].

With the feds cracking down hard on anyone with the gall to say it’s okay to be white, a recent case may have provided the 200 million or so neo-Nazis currently in America with a get-out-of-jail-free card: Simply claim you’re a tranny [18].

A 21-year-old Floridian named Taylor Parker-Dipeppe [19] received bounteous lenience from a federal judge last Wednesday for his/her/shis participation in threatening journalists as a member of Atomwaffen because Taylor was apparently born a girl. I’ve looked at that mug shot several times, and I at least have to give that chick credit for a convincing transition. Lady looks like a dude to me.

Apparently, the other members of Atomwaffen didn’t have a car, so Taylor was their go-to person when they wanted to go out and harass journalists and nonwhites. But after telling a sob story to the judge that he was really born a girl who’d wanted to be a boy since age five — only to have his biological father toss out his “boy clothes” and beat him, then have his alcoholic stepdad repeatedly beat him, and THEN to suffer the final humiliation of being kicked out of Atomwaffen when it was revealed he was a tranny — US District Judge John C. Coughenour in Seattle refused to send him to prison and said, “None of us have suffered the difficult situation this defendant has endured as a result of his gender identity confusion. . . . Enough’s enough.”

Enough’s enough, all right, but I doubt we agree on exactly which “enough” is enough.

Black Schoolteacher Charged With Soliciting Sex With a Two-Year-Old

It’s an American tragedy that To Catch a Predator is no longer on TV, because it would have been an absolute joy to see Chris Hansen walk out and confront 28-year-old Xavier Donte Alexander [20] of West Palm Beach, Florida. Mr. Alexander is a black elementary-school teacher who also allegedly advertised for side gigs as a babysitter “on Care.com and other nanny sites [21].”

The Derek Chauvin trial has begun and should wind up by the end of the month — right in time for it to be warm enough all across the country to pick up where last year’s riots left off.

Among last week’s most important revelations was that George Floyd was in the process of buying a banana [22] when he allegedly slipped a cashier a counterfeit $20 bill and that his girlfriend was a fat ugly white junkie [23] who described him as a loving and wholesome family man despite the fact that he’d abandoned his family to spend time with an ugly fat white junkie.

Perhaps the most telling point of the proceedings came when Darnella Frazier [24], the overweight underage black girl who gained notoriety for filming Floyd’s demise, revealed through tears to the world that she was a black identitarian:

Back in 1992 when I was publishing a magazine called ANSWER Me!, I sent a copy of the first issue to the Washington, DC radio station where Watergate mastermind G. Gordon Liddy was hosting a syndicated show, requesting an interview for our second issue. I was able to catch the G-Man on the phone, where he offered a curt refusal: “Not my cup of tea, boss. I didn’t appreciate ‘fuck’ being every other word.”

I loved that guy and will miss him.

A puny shrimp who grew up in Hoboken, New Jersey, George Gordon Battle Liddy might be the most Nietzschean Superman ever to bless America’s shores. He overcame his fears and diminutive stature in the same manner that all sane people do: To conquer his fear of rats, he cooked one and ate it. To overcome his fear of lightning, he tied himself to a pole during a lightning storm. To build up an immunity to pain, he’d hold his hand over a candle flame right up to the point “where serious injury would set in.” He was so hardcore, that even Richard Nixon said he “just isn’t well-screwed-on.”

In a 1980 speech he delivered to Omaha college students called “Government in America, the People’s Perception Versus Reality [25],” Liddy said that Americans live in a fantasy world which in reality “is a bad neighborhood at 2:30 in the morning and if you’re a little old lady out walking, then the least that will happen is your purse will be stolen.”

Sad but true. And the USA’s strongest old man is now gone.