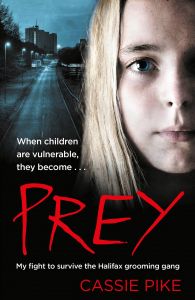 The main perpetrator [of the Rochdale [2] grooming gang], Shabir Ahmed [3], said that Western society has trained these girls for him. In his view we allow immodesty, and he balks at the freedoms we give girls. He said that’s what made the girls lesser individuals and therefore ripe for him to pluck.

One recent positive development for whites occurred in England’s northern rust belt: the suppression of the exploitation of young, impoverished English girls by groups of Pakistani grooming gangs.

The situation was first noticed as early as 2000, but the facts were confined to government reports nobody read. In 2003, healthcare workers at women’s health clinics noticed that many of their clients were very young English girls with Pakistani “boyfriends.” The girls had been raped after being plied with drugs and alcohol. The workers at the clinics started to map out relationships and discovered the pattern. 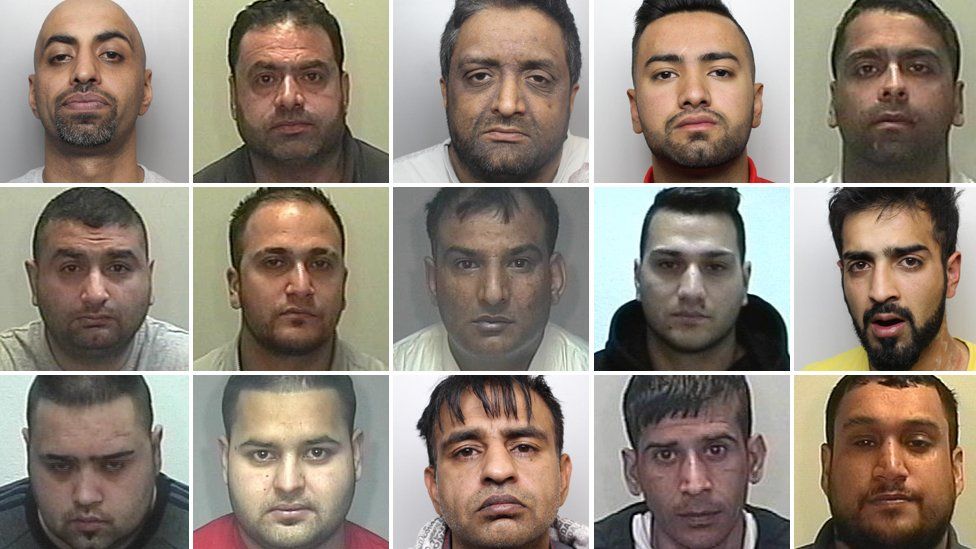 In 2004, white advocates in the British National Party [8] remarked upon the issue. Afterward, these BNP advocates were brought to trial in 2006 for “inciting racial hatred.” Facts are stubborn things, though; the BNP’s white advocates [9] were correct (as white advocates usually are). In 2010, Andrew Norfolk [10], a reporter based in Leeds, investigated the matter and published his findings in the prestigious newspaper the Times in early 2011. Norfolk’s article spawned a government inquiry and Pakistani grooming gangs [11] across the north of England now face the long arm of the law [12].

One of the victims, Cassie Pike [13] of Halifax, West Yorkshire, published an account of her story in 2019. Pike’s troubles started with a dysfunctional family life. Her father was a drug addict — mostly marijuana. Her mother was terminally ill from Huntington’s disease. Her sister likewise did drugs. When Pike started to imbibe at a very tender age, none in her family stopped her reckless behavior.

It is worth noting that the Northern English slang in the book might throw an American off. Cigarettes are “fags,” Pakistanis are “Asians,” a person’s weight is given in “stone [14],” the bathroom is “the loo,” people in a Common Law relationship are “partners,” etc.

Pike is first raped at age 12 by an older Pakistani man. She didn’t remember the event, though, as she was too drunk. The Pakistani wouldn’t return her text messages and then shrugged the event off as “having sex” when she met up with the man much later. The abuse escalated. Over time, Pike is drugged or made drunk and raped by scores of men in appalling conditions. She starts to free herself from the situation after having a hammer held to her neck while being sexually assaulted.

A social worker she calls “Pete” is key to helping her break free. Pike had got on the radar of British social services as early as 2009, but no real help was provided to her until Pete showed up in 2011. Eventually, Pike is sent to a first foster home, where she continued to be abused. She didn’t feel welcome at the first foster home, and was too close to her abusers in Halifax to break free. On July 22, 2011, she was transferred to a foster family in a different part of England. Her cell phone was taken from her to be used as evidence. The loving home life and disconnection from her past life (through the cell phone confiscation) turns things around for her. She enters into a new relationship and has two children with her partner.

Prey highlights some important concepts, especially to a non-English outsider. There seems to be an appalling abandonment of the Victorian moral force that made England so powerful in the past. During the nineteenth century, the industrial belt of England had full employment and plenty of innovation. Church attendance was high, and social reformers abounded. At one point eccentric English Lords — like Anthony Ashley-Cooper, 7th Earl of Shaftesbury — spent their lives improving conditions.

This sense of duty and responsibility seems to have gone. In its place is negro worship and too much drinking. There are also drugs. British reports show that the rust belt of the Northern Midlands of England is the epicenter for drug abuse in the country. It is much like the American Midwestern Rust Belt [15] — when the jobs vanish, the time is filled getting high. 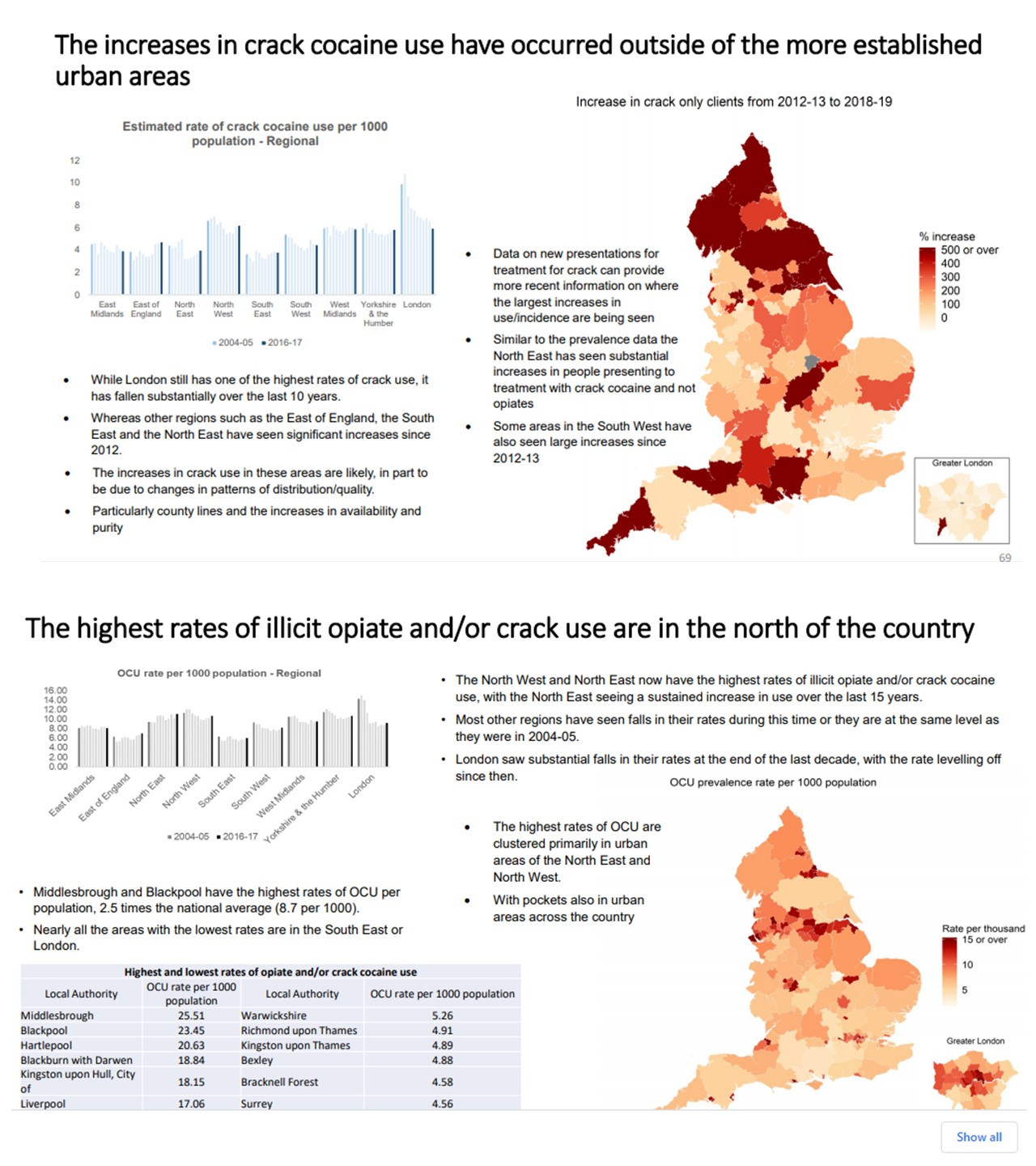 Northern England is the epicenter for drug abuse in the country. [17]

If one is continuously imbibing intoxicating substances, one is being a bad parent. There is no way to get around this fact. Marijuana might not make you mellow, but it might make you psychotic [18]. Plus, one needs to be clear-headed when dealing with a teenager. They have many of the desires of adulthood, but little judgment. Being high doesn’t help an adult guide their child through this touch-and-go time. Had Pike’s father not been an addict, she would not have been abused. One also can’t lay down the law with a teenager that has a bad friend if one is drunk. Steering one’s kids away from “cool” but bad, unfortunate, and self-destructive friends is an important parental duty.

The story that Muslims are an abstemious lot is a lie. Pakistan’s founding father enjoyed scotch [19]. Furthermore, marijuana use was and is very common [20] in South Asia. All of the Pakistanis involved in grooming had experience using alcohol. I’ll also add that giving intoxicating substances to a different people is a form of racial attack.

I suspect that sexual exploitation on a large scale in England’s rust belt has been going on for decades. The independent film Rita, Sue and Bob Too (1987) [21] is an important cultural marker in this regard. The film shows Pakistanis in a positive light and makes the exploited girls worldlier and older, but it hints at brewing trouble. Good art is often prophecy.

The pace of the affair is roughly the same as that of ethnic conflicts elsewhere. It took two decades for white Iowans to put the lid on Jewish exploitation in Postville [22]. It took sixteen years before the problem was first noticed in an obscure government report until convictions happened in Halifax in 2016. Obviously, there was an issue with grooming before 2000, it just wasn’t noticed on a broad scale. The grooming by Pakistanis was probably at full steam by the middle of the 1990s.

America’s cultural transfusion of Dinduist ideas has been picked up by Pakistanis in England. One of Pike’s abusers called himself “Tupac.”

The critical people in this event were technocrats in the women’s health clinics set up by the Labour Party. They put two and two together and laid out a map for police to follow to destroy the grooming gangs. It wasn’t church leaders or “free market” libertarians that did the heavy lifting. Furthermore, while white advocates were right, they weren’t effective. They exposed the truth in 2004 and received ferocious resistance. It wasn’t until an upper-middle-class reporter started sniffing around that action took place.

I am uncertain of why this is the case, but it is a marker showing where we stand in society. Our ideas remain outside the norm. Prophets tend to get stoned — with rocks, that is. Furthermore, since the British government is on the case and “grooming gangs” are fully understood, white advocates should steer clear of involvement in these matters and seek a new way to make progress. We might just be getting in the way. [23]

After reading this book I developed a great appreciation for Cassie Pike. She seems to have bounced back from a tough situation. Indeed, success isn’t what you do at the top, it is how you recover when getting to the bottom. It also took her several tries to get free of the situation.

More information about child sexual exploitation in Britain can be found here. [24]