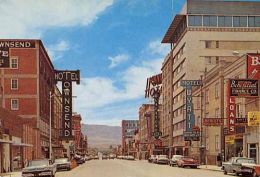 “Localism” is a favored tendency among paleoconservatives of the Rod Dreher variety. They dream of a politics rooted in small towns that just focus on their immediate surroundings. No national or international concerns intrude into the idyllic rural town. You’re too busy digging holes and drinking homemade moonshine on your neighbor’s front porch to care about world affairs. Imagine this meme below, but it’s a conservative intellectual in overalls saying he just wants to relax on his front porch, for God’s sake. 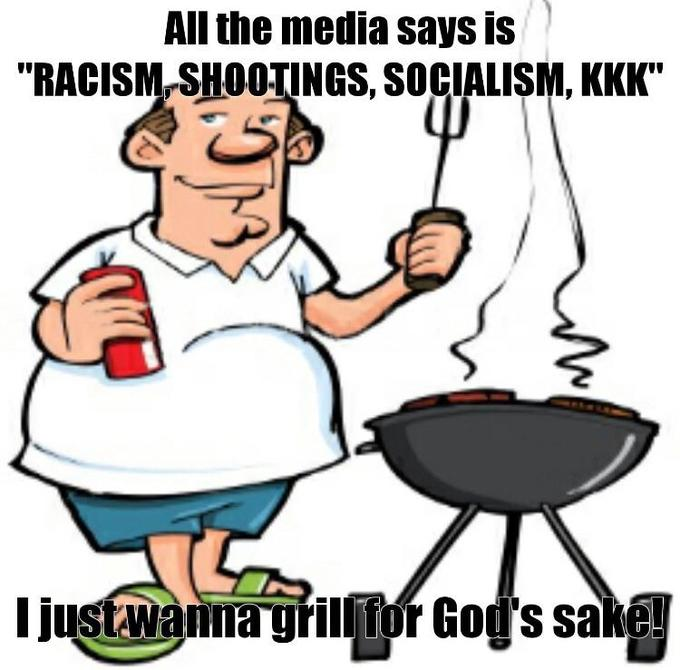 There is a certain attraction to it. Most Right-wingers would love to live in a rural community where everyone knows and trusts one another. Small-town life sounds superior to the alienation and Babelization of the big city. There’s nothing wrong with pining for a rooted place.

But moving to a little town and shutting off the world is not an answer to our problems. Localism can even make its adherents unintentional supporters of globalism — so long as it benefits the little town.

This insidious localism is displayed in a recent Wall Street Journal column [3] by Grace Olmstead. Olmstead is a frequent American Conservative contributor with a new book out, Uprooted: Recovering the Legacy of the Places We’ve Left Behind. The book, which the column is excerpted from, upholds localism and encourages readers to move back to small towns to find their roots. The excerpt highlights young, college-educated professionals who moved back to develop their towns.

This seems harmless enough. . . until you realize every single professional is involved in Left-wing activism. The first is Benya Kraus, a co-founder of Lead for America who relocated back to Waseca, Minnesota. Olmstead benignly describes Kraus’ group, simply saying its “‘Hometown Fellows’ return to a place they know and love, and work to build up their community’s civic institutions over the course of a two-year placement.” But the next paragraph explains how these fellows are embedded in small-towns to push them toward Left-wing goals.

As a “Hometown Fellow” in 2019, Tarin Denney returned to Redmond, Ore., where he worked on affordable housing, urban renewal and community building projects. In 2020, Miranda Page worked with Lead For America to address food insecurities and environmental disparities in her home region of southeastern Wisconsin, while Araceli Gonzales worked with Arkansas United to advocate for her state’s immigrant community.

Another “homecomer” highlighted by Olmstead is Veronica Womack, a black college professor who founded a racial advocacy group in rural Georgia. The article also praises “immigrant-owned businesses” for adding dynamism to these abandoned towns. Talk about serious conservative renewal.

Olmstead acknowledges that there can be a massive gap between the rural locals and the returning college graduates. But she believes Left-wing groups like Lead for America can bridge the gap by taking over these towns’ governments and services. “Without them, America’s divisions will grow more marked as we divide into red and blue, into ‘winner-take-all cities’ and depleted rural areas. America’s small towns and cities need faithful volunteers — people willing to plant trees and clean up sidewalks, to use their entrepreneurial skills and passions to preserve prairies and forests, farmlands and abandoned Main Streets,” she writes.

In this telling, localism is Left-wing activists and immigrants taking over rural America. We may as well stick to big-city life.

The localist attachment, as revealed in this article, is that of the magic dirt synthesis. What makes these localities great is the place itself, not the people who inhabit it. A small town remains the exact same whether it is populated by old-stock Americans or Somalis. Leftists taking over your town is good because it means people are moving there. They may overturn the old values and import unwanted outsiders, but they still practice localism because they admire organic farming and occasionally say “hi” to their neighbors.

This vision of localism is perfectly aligned with the system. The system loves to place unvetted refugees in flyover America. To the “Place Uber Alles” types, these refugees can magically turn into native residents just by moving to the particular locale. Magic dirt is the key ingredient.

That’s not to disparage local ties and attachment to place. These are good parts of human nature we should support and cultivate. But it shouldn’t come at the price of celebrating small towns simply because they’re small and rural. They’re good places because that’s where our people live and defend their way of life. If a different people moves in, it’s no longer the same place nor is it worthy of admiration.

Even when localism is animated by better values, it presents issues. It’s tantamount to a “Hobbit strategy.” Like the Hobbits in the Shire, we can let the world pass over us and tend to our little corner undisturbed. The rest of the world may go to shit, but the localists in their real-life Shire can carry on as if nothing changed. As long as their little town seems nice, the rest of the world can go to hell.

They apparently didn’t read “The Scouring of the Shire” in Lord of the Rings. The reclusive hobbits couldn’t escape danger even in a fantasy; their LARPers will fare just as poorly in the real world. There is no escape from the system out in an Iowa cornfield or a Louisiana bayou. Wannabe refugees can feel it through new gun restrictions, new dictates in their child’s classroom, or new taxes to fund racial wealth redistribution. Paleocon localists may scoff at these concerns and say they’re not “racists” and they don’t need to worry about these problems. But the same system also wants to punish God-fearing Christians and any other group that veers from the mandated path. Dissidence, no matter its form, is not tolerated.

That, of course, is not a call to give up and assimilate to the system. It’s just an observation to be realistic about it. You should seek out like-minded people and develop a healthy community from those you gather. Networks are how we survive in this mad world, and they can take several forms. Maybe it’s several families that create a farming community, or it’s an informal group of urban professionals who simply make a safe space for wrongthink. Whatever the form, these groups all share the goal of a nice white country and they will never lose sight of it. We don’t want to create communities with Left-wing NGO workers or Sudanese refugees. We want communities for our people and our people alone. The place itself doesn’t make the locale — it’s the people themselves.

This Hobbit mindset is also hostile to the Faustian spirit that made our civilization. Olmstead complains of “conquest” and sees it as fundamentally opposed to her vision [6]. People should not want to seek greatness but remain content with the mundane. We wouldn’t have America if our ancestors were Hobbit LARPers. The localists offer nothing to those special individuals who wish to write their names in history.

To achieve our goals, we must obtain power. We won’t win if we retreat to Farmville, USA, and pretend the world stopped around us. We win by being in the world, jamming the discourse, and shaking the halls of power. Our struggle is bigger than one town — the fate of the world rests on our shoulders. It’s cowardice to flee to a fantasy life that can easily be stamped out by the system’s boot.