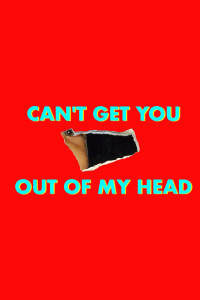 Adam Curtis has been compiling and documenting the nature of power in the world for over two decades now for the BBC. Those of us who reside in the UK and are required by law to pay a yearly sum of £157.50 ($218.35) for a television license, and for many native British people, paying this sum has been increasingly feeling like a spit in the face. Adam Curtis’ documentaries have been the one reprieve from the stream of abuse and guilt-tripping amongst the state-sponsored news media and junk celebrity TV.

Adam Curtis is an interesting, but somewhat reclusive figure. One imagines him living in the loft of BBC HQ, hunting out snippets of odd and obscure footage from their extensive archives, emerging once every few years to present his latest take on world events and where they might sit within the long view of 19th, 20th and the beginning of the 21st century. His documentaries Century of the Self (2002), All Watched Over by Machines of Loving Grace (2011) and Bittler Lake (2015) are all required watching and have done the rounds in Dissident Right circles for many years now.

Curtis’ latest work Can’t Get You Out of My Head is a six-episode series that follows the decline of Western empires, American global dominance, and the rise of China in a pattern of cause and effect, of which the effects, Curtis explains, are mostly unintended and unforeseeable. Woven into the narrative is the story of the Black Panthers, Michael de Freitas, Peter Rachman, Jiang Qing, and Afeni Shakur, among others.

Surprisingly, some faces will prove familiar to many on the Right. Horst Mahler and Eduard Limonov are given more than passing reference and allowed to expound a little on their ideas and motivations. Perhaps more surprisingly, some of the villains in Curtis’ narrative are named rather than presented as faceless corporations or shadowy landlords, such as the Sackler family or Peter Rachman. Even the greedy landlords that ripped off the urban American black community in the 60s and 70s were identified by tribe, though Curtis doesn’t take that fact any further. One loses count of the number of “Eastern European intellectuals” that fled to the West to escape the Nazi advance during World War II that appear in Curtis’ documentaries; enough to make Kevin MacDonald’s ears twitch, let’s put it that way.

What makes Curtis’ documentaries essential viewing is his ability to string together plausible causalities of world events — events that may seem at first glance unrelated or unimportant at the time — with a clarity that invigorates and brings the relevance of what seems like distant history to the present day. Curtis presents this in his trademark style of contrasting imagery and sound, with lingering footage of wartime killings followed by utterly banal excerpts from everyday life, which work to emphasize something about the world we live in in the early 21st century. Many of us remember the wars in Afghanistan and Iraq, supposedly waged on our behalf, while we sat at home consuming as much forgettable trash on TV as possible — somewhat oblivious to the reality of what was going on.

It is commendable in today’s social climate that Curtis, himself a progressive, is willing to take the liberal elite and middle class to task on their failure to address the concerns of deindustrialized rust belt America and northern England. The deafness of the progressives to the opioid crisis, concerns about immigration and joblessness that fed into anger and discontent with the establishment, resulting in the election of Trump and Brexit, is driven home along with the subsequent unwillingness to address this reality. The undemocratic nature of the European Union, including the structuring of its bureaucratic domination of elected MEPs, is presented as a matter of fact, something that has been rather hushed up by mainstream news.

The establishment media’s descent into conspiracy theories about how Putin rigged elections in the West is dragged out into the sunlight and will make for uncomfortable viewing for any of those in that camp who bought it hook, line, and sinker. However, Curtis is still a man of the Left. Given the sensitive areas he is touching on, the inclusion of black faces such as Tupac Shakur, De Freitas, and a transexual seem like something of an appeasement to the current generation of Red Guards stalking the West rather than adding much to his overall narrative. The modern anti-whiteness theories that are rife in academia are not directly referenced, though the anti-collective ideologues that underpin it are ever-present.

Further failings on Curtis’ part, despite all his willingness to explore the shortcomings of the liberals, is his unwillingness to understand the Right and its philosophies or thinkers. The Right is more often than not presented as paper-thin, frightened, hate-filled figures. The nativist impulse of post-imperial ordinary British people — for whom whatever benefit the empire bestowed upon them has long passed — who now just want a country to call their own is waved away. They are frightened, insecure recipients of the bountiful masses from the colonies that are now flooding onto their shores. White America’s genuine concerns about violence at the hands of elements within the black community are never acknowledged, unsurprisingly. The Klan is invoked to bolster the establishment’s perspective, while the revised history of the Tulsa riots is presented without question.

Curtis is reaching for the exposure of the nihilistic end of our current path, to ask “now what?” For Curtis, there is no clear answer. For nationalists, our way of viewing the world has answers, but it is out of bounds to those who need to hold on to their respectability, although Curtis at times does get close or unwittingly points in our direction.

The vision of our time is that individualism would create strong and empowered individuals. But at the same time, many of the human sciences that studied people started to eat away at the idea of the confident self. If you look at the work of modern behavioral psychologists, they increasingly argued that human beings are flawed creatures in their conscious self — there are all sorts of other things going on inside their heads which they aren’t fully in control of.

As we on the Dissident Right have long espoused, some things are working within us that are much deeper that might not be reckoned with by modern progressive thought and liberal theories such as blank slates. The idea that the individual — their thoughts, actions, and feelings — are superior to the societies in which they originate from is failing. Rather than transcendent creatures, making and remaking themselves repeatedly, individuals have become the “men without chests” from Fukuyama’s End of History — pathetic souls, alone and anxious, aspiring to nothing except material wealth and disabused of all hope of belonging to any time or place or people.

Perhaps one of the most important lessons Adam Curtis has for us on the Dissident Right, one that we ought to learn in the wake of Trump’s defeat, is that the rise of the technocracy makes catapulting candidates into positions of phony power increasingly futile. Following Curtis’ narrative, any Rightist longing to wrest control of the state is likely to win a Pyrrhic victory — if it is even possible at this stage — as the real power is lying elsewhere. Just as the Google techno-utopians looked to sidestep the state and empower people directly by providing them with a world of information at their fingertips, new developments in decentralized networks, the blockchain, and cryptocurrencies are presenting us an opportunity to step outside the control of the state and become immune to censorship from big tech.

Rather than painting a massive Trump-sized target on our backs trying to take control of the state, the focus should be on creating our own decentralized networks and economy, feeding off the system as long as possible. The recent Wall Street Bets events should show us that there is serious money to be made with only a small amount of capital investment, time, know-how, and coordination. Trying to attack Wall Street will only seal off this opportunity to us as the establishment makes moves to protect itself, as much as we may have enjoyed the GameStop saga. The lockdowns have forced many of us to find alternative ways to generate income and now we can do so with just a laptop and an understanding of markets. The burgeoning cryptocurrency markets also present a once-in-a-generation opportunity to grow the wealth of our people and our movement. We cannot take over the state, but we can create our own independent community within the current system and draw the masses to us through the propagation and dissemination of our ideas.

But back to Curtis. One recurring theme across the six episodes is the loss of meaning and purpose to all the radical movements or ideas. Whether it be Mao, Jiang Qing, English idealists like Cecil Sharpe, Eduard Limonov, or Vladimir Putin, the response to this crisis in meaning, Curtis describes, is always to “reach back to a simple, dark, and mythical image of the past” to inspire the masses. What Curtis, perhaps unwittingly, shows us here is that national, racial identity is a crucial part of organizing a society and providing the necessary meaning and mythos for systems of order to endure. What Curtis continually exposes is the vacuum at the center of the modern West: the growing emptiness of mass consumption, the controlling bureaucracy, increased surveillance of all-encompassing technology, the collapse in trust in media in all its forms. One thing becomes clear: all that is left for people to believe in is their race or national identity. The only alternative to the enslavement of the masses by the looming all-pervasive techno-bureaucracy that replaces the failing democratic state, as Eduard Limonov discovered, was to embrace this fact.

It’s something Curtis would never admit, but it is the only conclusion one could draw from Can’t Get You Out of My Head. Curtis has no ideas or alternatives of his own.

It is only the face that looks back at you in the mirror that can be real — the faces you meet in the physical world are real. It is only your family and your kinfolk that can be believed in. Because today, everything else can be faked.