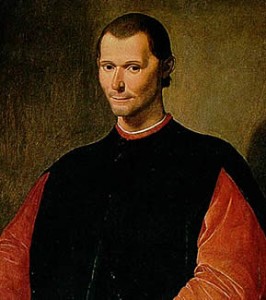 I had been aware for some time of the phrase “the engineer’s fallacy,” but unaware of its provenance and exact definition. I struck lucky on the ‘net, because this gentleman claims to have invented the phrase, and this short piece [2] repays inspection.

This highlights a clear category mistake committed by agitators — they can scarcely be called “thinkers” — of the Left. It is clear both from the media itself and from social media that “non-STEM folks,” as the writer nicely puts it, have instituted a whole epistemology based around the idea that objectivity does not dictate the nature of reality, but rather subjectivity.

We are all familiar with the meme “your rights end where my feelings begin.” It is instructive to watch the way the Left plays fast and loose with the term “logic.” Creatures of the Left tend to believe that their emotive and visceral response to a moral or ethical question is somehow a “logical” response, and those who oppose them are acting “illogically.”

Logic, of course, is an entirely inappropriate sub-discipline — really an adjunct to mathematics — to use here except in the most formal of applications. But, once a belief-set has the imprimatur of “logic,” it is afforded a quasi-mathematical certitude. Life for many Leftist performers is one grand sanctified syllogism of their own design.

To extend the Engineer’s Fallacy, there is also a tendency — no, an obsession — of the Left to treat human beings as though they were machines. There is surely no coincidence that this idea in intellectual history was given an accelerant by Britain’s industrial revolution. I call it the “lathe and fern” problem, whereby nature becomes increasingly redundant as a conceptual model or metaphor, and is replaced by the terminology and telos of the machine.

There is a line to be drawn through the history of literature and thought which shows the almost erotic yearning of the Left for mankind to be a machine. This is not simple human cybernetics. It is what links Descartes’ precursor La Mettrie’s L’Homme Machine with Mary Shelley’s (née Godwin, her father being the famous proto-Socialist William Godwin) Frankenstein with the work of B. F. Skinner and Lysenko. If man is a machine, then man can be repaired, maintained, altered in line with irrepealable physical laws, and, above all, fixed. Stalin — which means “man of steel” in Russian — and Lenin knew all too well the power of this metaphor.

This idea is far more frightening than any of the currently modeish AI scenarios. Once the Left, particularly the virulent and toxic new strain, have both the idea that man can be perfected using applied technique, monitored via surveillance, and produced and maintained on the mechanical model rather than that of the organic, and the ability to institute this, they will do so. If the Left gains control of even more of the West than they already dominate, you will cease to be a human being and will become instead a piece of faulty engineering merely awaiting its engineer.

This is not a new concept or strategy, however, and we would do well to visit Renaissance Florence.

Nietzsche’s acquaintance Jacob Burckhardt’s The Civilisation of the Renaissance in Italy alerts us to the role of the Engineer’s Fallacy and a clue as to the provenance of the dysfunctional dystopias many Western countries are becoming. Summarising Dante Alighieri’s writings on the political state of Florence — possibly the first “modern” state — Burckhardt has the following to say about the Florentine mania for political centralization:

The great modern fallacy that a constitution can be made, can be manufactured by a combination of existing forces and tendencies, was constantly cropping up in stormy times; even Machiavelli is not wholly free from it. Constitutional artists were never wanting who by an ingenious distribution and division of political power, by indirect elections of the most complicated kind, by the establishment of nominal offices, sought to found a lasting order of things, and to satisfy or deceive the rich and poor alike.

Burckhardt, and Dante Alighieri himself, are addressing the flaws of a Florence of warring Guelphs (Dante’s own party) and Ghibellines, but he might for all the world be speaking to us of our own blighted age, the “stormy times” we are currently negotiating in a sea-tossed bark.

The idea that is going to prove to be the most injurious to the future historical reputation of the times in which we live is the idea that a state can be built, run, maintained, and repaired in the same way as an engine. As Burckhardt firmly points out, this was exactly both the proposition and the fatal flaw behind Renaissance Florence. Although, of course, and to paraphrase Harry Lime in The Third Man, that period did produce rather more than peaceful Switzerland’s cuckoo-clock.

If we read Burckhardt’s paragraph again and unpack it, we will find all the elements of an awful epiphany, all the requirements of the Left to tamper with your life, all present and correct in 15th-century Florence and the yearning of its various despots for a state which could be operated like a device, a marvelous piece of clockwork. To review the elements Burckhardt presents is to regard a periodic table of doom in the hands of the Left, where it is now.

A “made” constitution, formed from a “combination of existing forces and tendencies.” Look at the speed at which faddish and light confections, such as the myth of transgenderism, become enshrined in protective legislation if it is “existing forces and tendencies” you seek. And here, in the lynchpin sentence “constitutional artists were never wanting who by an ingenious distribution and division of political power, by indirect elections of the most complicated kind, by the establishment of nominal offices. . .”

These engineers, who do not mean you well, are all around us, swarming, buzzing, interfering with your life with no necessary mandate from you required. This is a dangerous time to believe if you are at all attracted to freedom of thought. Engines are not, cannot be, free.

So, then. See the Leftist. She would be Our Lady of the Engines. She would set and reset, calibrate, adjust, monitor your progress. And she would provide diagnostics in the event of you malfunctioning. The work of the engineer is not limited to creation but also encompasses maintenance. You must be made to work properly. Your future is not as a free human being, but a pleasing — or displeasing — statistic. You will not have a life as you now understand it, merely a service record. All is the same to the dispassionate engineer.

Let us leave Renaissance Florence, and its almost macabre foreshadowing of our own doomed epoch, although we cannot depart without at least paying our respects to that most mysterious of Renaissance men, Niccolo Machiavelli:

[Machiavelli’s] most complete programme for the construction of a new political system at Florence is set forth in the memorial to Leo X, composed after the death of the younger Lorenzo Medici, Duke of Urbino (d. 1519), to whom he had dedicated his Prince. The state was by that time in extremities and utterly corrupt, and the remedies proposed are not always morally justifiable; but it is most interesting to see how he hopes to set up a republic in the form of a moderate democracy, as heiress to the Medici. A more ingenious scheme of concessions to the Pope, to the Pope’s various adherents, and to the different Florentine interests, cannot be imagined; we might fancy ourselves looking into the works of a clock’.