They Admit “Our Democracy” Is Rigged 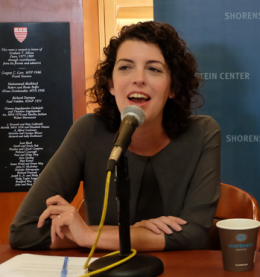 The 2020 election was the freest and fairest in human history. That’s an article of faith you must repeat to avoid the dreaded label of “domestic terrorist.” Doubts about the election threaten our democracy and cannot be allowed.

Most readers have been barraged with this message since November. But now a new message is emitting from our noble elites: “We actually did rig the election, and it was to protect democracy.” The powerful liberals behind this rigging told their story in Time magazine last week. Journalist Molly Ball celebrated this as the “shadow campaign that saved the 2020 election.” Ball describes it as a conspiracy “working behind the scenes” that united nearly every institutional force in the country against Donald Trump. “The forces of labor came together with the forces of capital to keep the peace and oppose Trump’s assault on democracy,” she proudly writes. Even though she says Trump was right to see a conspiracy at work, she says it was necessary to “protect” democracy. Here are the two paragraphs that encapsulate this shadow campaign.

The handshake between business and labor was just one component of a vast, cross-partisan campaign to protect the election — an extraordinary shadow effort dedicated not to winning the vote but to ensuring it would be free and fair, credible and uncorrupted. For more than a year, a loosely organized coalition of operatives scrambled to shore up America’s institutions as they came under simultaneous attack from a remorseless pandemic and an autocratically inclined President. Though much of this activity took place on the left, it was separate from the Biden campaign and crossed ideological lines, with crucial contributions by nonpartisan and conservative actors. The scenario the shadow campaigners were desperate to stop was not a Trump victory. It was an election so calamitous that no result could be discerned at all, a failure of the central act of democratic self-governance that has been a hallmark of America since its founding.

Their work touched every aspect of the election. They got states to change voting systems and laws and helped secure hundreds of millions in public and private funding. They fended off voter-suppression lawsuits, recruited armies of poll workers and got millions of people to vote by mail for the first time. They successfully pressured social media companies to take a harder line against disinformation and used data-driven strategies to fight viral smears. They executed national public-awareness campaigns that helped Americans understand how the vote count would unfold over days or weeks, preventing Trump’s conspiracy theories and false claims of victory from getting more traction. After Election Day, they monitored every pressure point to ensure that Trump could not overturn the result.

Essentially, the Right was correct about the rigged election. But since the Left did it legally, it’s no issue at all. The coalition was primarily assembled by one union organizer, AFL-CIO senior adviser Mike Podhorzer. From the Left, he brought together “the labor movement; the institutional left, like Planned Parenthood and Greenpeace; resistance groups like Indivisible and MoveOn; progressive data geeks and strategists, representatives of donors and foundations, state-level grassroots organizers, racial-justice activists and others.” From the “Right,” he pulled in the Chamber of Commerce, Christian groups, Never Trumpers, and a few norm-obsessed Trump supporters. The Left pressured tech giants and media to suppress information and organized the hoi polloi for mostly peaceful demonstrations. The Left called off said protests when it appeared Trump was going to lose. The plan was to mobilize them if Trump appeared ready to win. The Color Revolution playbook is now a domestic political strategy.

The so-called Right pressured crucial allies to not support Trump’s fight against the rigged election and capitulate to the democratic conspiracy. Even though Trump’s policies were very good for the business community, they stabbed the departed president in the back. Fears of “civil disorder” made them prefer a Biden victory. One of the worst Republican cretins highlighted in the article is former congressman Zach Wamp. Wamp, a self-described Trump supporter, dedicated his energy to persuading other Republicans to not back Trump’s challenge to the election. He felt the “norms” of democracy must be respected, even if it means your own dispossession.

It’s odd that a mainstream publication would gleefully confirm the Right’s “conspiracy theories” about the election — and get powerful figures to speak on the record about it. According to Ball, the conspirators wanted the story told to show that the “proper outcome of the election” didn’t happen “accidentally” — it was a coordinated effort.

That’s why the participants want the secret history of the 2020 election told, even though it sounds like a paranoid fever dream — a well-funded cabal of powerful people, ranging across industries and ideologies, working together behind the scenes to influence perceptions, change rules and laws, steer media coverage and control the flow of information. . . . They were not rigging the election; they were fortifying it. And they believe the public needs to understand the system’s fragility in order to ensure that democracy in America endures.

How much democracy do we have when Black Lives Matter, the Chamber of Commerce, the AFL-CIO, and other lefty groups can join forces and rig an election? The use of “cabal” is too perfect. Ball feels comfortable calling it a cabal because there is no need to hide it anymore. It’s similar to how liberals talk about the Great Replacement. If you say whites are being replaced and it’s bad, you’re a conspiracy theorist. If you say it’s good, you get a column in the New York Times. The same now plays out with the 2020 election. If you think the election was rigged and that’s bad, you’re a conspiracy theorist. If you think it was a good thing, then you’re a mainstream journalist laughing at being a member of the cabal.

It’s yet another “mask off” moment for the system, which have been piling up in the days since January 6. Liberal elites are emboldened to announce that this is their country, not yours. The nauseating exploitation of the term “our democracy” speaks to this. Backroom deals, cabals, secret pressure campaigns, corporate collusion, media censorship, and organized violence are all good for “our democracy.” What threatens “our democracy” are unreconstructed white people. These enemies may only just vote the wrong way and say politically incorrect things, but that’s far more frightening than Antifa laying siege to entire cities. “Democracy” simply means rule by the self-anointed elites and their supporters. It does not allow for the white majority to have a say.

There’s a level of relief now among liberal elites where they know the threat is under control. Sure, they whip up hysteria about “white nationalist terrorists” and demand they be drone striked and interned in prison camps. (The drone strike idea is no exaggeration.) But this is more about exerting power than genuine fear-mongering. The system and its lackeys know they’re back in control — that’s why they call for such extreme measures. Now they can do things like purge the military of all Right-wingers and brainwash the troops with critical race theory. It’s their democracy.

It will probably come out that this cabal forced states to engage in all kinds of dubious election techniques for the sake of democracy. For instance, a Virginia court ruled last month that the state’s acceptance of late ballots without a postmark was illegal. This may be the first of many examples where the election rules are deemed illegal.

It still won’t matter. Trump can’t win the election anymore, and his most ardent supporters are being jailed and censored. The system is in full control and it can now admit its crime. It’s not like anyone can challenge its power at the moment.

The system is doing its best to tell white Americans that this is not their country anymore. Yet, too many whites still cling to the nation’s institutions and “norms.” They still see the troops as fighting for them, the courts as mediating for them, and the intelligence services as protecting them. They may have qualms about the election, but “norms” dictate that they accept what’s given. There are many whites like Zach Wamp who will dedicate their energy to ensuring their own people can’t take power because it would upset “civility.” It’s a horrible mindset we must dispense with. White Americans should give no respect to the system’s institutions and norms. All they do is hold us down and block us from saving ourselves.

America may yet still have an election that allows the historic American people to take back some measure of authority. The grand cabal can’t last forever and its adjoining members will eventually divide in the Biden era. Trump nearly succeeded in securing the 2020 election despite the conspiracy’s best efforts. Another America First candidate can still win an election.

While elections are good for advancing our cause, they can never directly lead us to victory as long as the Empire of Nothing remains strong. The empire must decline for our people to rise.