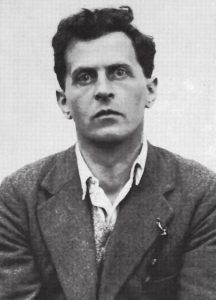 Don’t use the rules.
They’re not for you,
They’re for the fools.
And you’re a fool
If you don’t know that.

So, here’s the rules
You stupid fool.

If the rule you followed led you to this, of what use was the rule?

I have played chess on and off for over 40 years and, if I do say so myself, I am still bloody awful. As I am more or less a recluse now, off the grid in Central America and distanced (I hope. . .) from Britain’s coming collapse, I play a free download program from the internet. It has 12 levels. I struggle to win on level 4.

And it is not that I can’t think in an orderly way. My PhD is in philosophy, and I can happily walk you through Kant’s Critique of Pure Reason or Heidegger’s Being and Time. I just can’t beat a chess computer on a level that a reasonably competent chess-playing 14-year-old would stifle a yawn at.

So, to lick my wounds, I downloaded a sister program: backgammon. I had seen the game played in Greece, where the older men seem to do little else, and understood the objective, but had no idea of the rules. I started playing without consulting the full explanation of the rules provided with the download.

I lost the first few games but began to get an inkling, if not of the fine points, of at least general strategies. Finally, I won a game, although I was fairly hazy on exactly why. As I kept playing regularly, on the first level of five, I began to win more often until I played ten games straight and won eight of them. Incidentally, the last game spooked me a little. Leading 8-1, it was as though I had riled the ghost in the machine, who was now playing for pride. The final game lasted twice as long as the others, featured by far the highest aggregate dice roll, and was marked by the viciousness of the computer’s tactics, constantly placing my counters on the bar in the middle of the board, out of play until their re-entry at the start of the circuit. (I have no idea of the name of the bar, incidentally, nor any of the technical terminology of backgammon, nor have I any interest in knowing. It’s unlikely I will be playing any humans). Those of you who know the game will know that winning margins can be 1-0, 2-0, or 3-0. Of my wins, three were 2-0, the rest 1-0. The computer’s final blitzkrieg win was the only 3-0. Beware AI scorned.

My apologies for the long preamble, but my point is this: I started winning because I learned the rules, and I learned the rules by playing the game. Now, let us turn to another area which involves both game and rules, although with one player — as it were — learning them to perfection, and the other failing even to notice that there was a game in progress until it was too late; race.

For almost all my 60-year life, there has been a concerted effort to disrupt and dismantle white Western culture by importing foreigners in large numbers into predominantly white western countries. Often, the arrivistes are unskilled and, in the case of Muslims, generally inimical to the host culture, often aggressively so. It’s not unlike backgammon, actually, trying to get a certain number of black counters in place before the white counters can marshal their forces. Multiculturalism is, in fact, a great game, or part of a great game. And it has rules.

What are rules? We might usefully define them as binding regulations governing conduct in any societal transaction, from a game of backgammon to the proceedings of government. We might not be able to define rules precisely but we have an instinctive understanding of what they are and how they operate. Wittgenstein and his commentator Kripke make much of rules in relation to language, and stress the role of norms and the adherence to codified games. But rules de jure and rules “on the ground,” as it were, can differ, and this difference is a crucial one for the interaction between host people on the one hand, and immigrants and their enablers and facilitators on the Left on the other. Two sets of rules are at play, and it is as well to choose which set you agree to play by.

We all remember the wonderful scene early in Butch Cassidy and the Sundance Kid, in which Butch (if I need to tell you the actor, forget movies. They’re not for you) is challenged for the leadership of the Hole-in-the-Wall gang by a huge brute of a man who offers Butch the chance to fight with gun or knife. “I don’t wanna shoot with ya,” Butch says, and his opponent shrugs and produces a huge Bowie knife. “We need,” says Butch, “to get the rules straight here.” The other man looks stunned. “Rules? In a knife fight?” Butch proceeds to kick the man in the balls, eloquently proving both the man’s point and his own status while saying nothing.

What happened in the West regarding immigration and multiculturalism is slightly different from Butch’s wily victory; we stopped to try to clarify the rules and we got kicked in the balls. We believed that the rules were straightforward and, being rules, would be honored more in the application than in the breach. This is felt particularly in England, where the sport of boxing has always been governed by the rules laid down by the Marquis of Queensberry, and we can imagine them applying just as much in a tavern scrap as in the ring.

What happened was that the “liberal Left” facilitated the importation of ruinous numbers of immigrants who drained the country of social capital. What we were told, however, was that what we were receiving was a benison, much to be desired and in any case a moral obligation to salve the supposed sins of Empire (again, I come at this from a British perspective). And we bought it, because we believed it was “playing within the rules,” as the vast rulebook covering cricket wonderfully describes honorable play.

Honorable play. Sure. Now understand how the Left works. Adhere to the rules as long as necessary, gradually take over the societal bodies that create and maintain those rules, create new rules, apply them in such a way that the mass of people believes them unchanged. If you broadly accept that working definition of how the Left colonizes culture, then you will also see why they have made such a pact with Islam. The playbook is the same. Phew. Chess, anyone?

The way that the Left operates brings us back to the ancient game, but with a difference. Let us say that you sit down to play me at chess. You can scarcely conceal your glee, because you know I am crap because I have already told you. You play white and, in a purely racist gesture (this has seriously been a topic of Leftist chattering), white plays first in chess. You move your king pawn to the fourth square, a standard opening. I immediately take it with my king pawn, advancing three spaces to do so and not taking diagonally, as is usual. You smile at my humor, but I remove your piece, explaining that my pawns are all able to move as though they were queens. You are even more amused, and take up the idea, moving your knight pawn a full five squares to take my knight pawn. Game on! I am forced to explain patiently that only my pawns are queen-enabled. Yours are just ordinary pawns.

Now you have a working model of how the Left is winning every single cultural battle currently being fought, which is all of them and on every inch of territory; the queen-enabled pawn. They somehow managed to change the rules and everyone followed like tank fish after a flake of food without questioning the legitimacy of the new parameters.

And the leading battle takes place on one of the most familiar killing fields of all, something that, in essence, unites all of mankind; language. This is the greatest battle of the culture wars, Stalingrad, Trafalgar, and Thermopylae all rolled into one. The fight for meaning has been going on since at least the 1960s, and now the battle is over. We lost. All that remains is for the commissars of the new Puritan Left to bayonet the wounded.

Although they appear to present a quasi-scientific certainty, these are statements ex cathedra. This is governance — and it is governance — by papal bull and religious dogma. No evidence can be presented to support any of these free-standing diktats, they are not the end result of a chain of peer-reviewed and academically verified research papers, and yet somehow the Left have manipulated their epistemological value to a positive instead of a null, and whites the world over are having to go through contortions every day to prove that they believe in the truths of the statements. How can this be?

Because the Left didn’t play by the old rules, and this enabled them to set the new ones, no matter how much they may go against reason and established procedures, post-Enlightenment, for verifying statements.

And the worst is yet to come. Once the Left has made you jump through one hoop, and the next, aaaand the next, they will find they have plenty of hoops. Truth and reconciliation hearings, or a very close simulacrum, are coming down the pike very quickly, and they won’t be for ex-regime leaders or dissident politicians, they will be for you, if you are white. Beat Whitey Night is coming to a courtroom near you, and boy will you learn about rules then, and the consequences of breaking them. Once meaning is in the possession of those who do not wish you well, forget sticking around to argue. You just need to run. You cannot play chess against queen-enabled pawns.

Finally, we recall Wittgenstein and his fascination with rules as they applied to language. Tacit agreement with the rules of the linguistic game, he pointed out, was essential to the proper functioning of language. A whole book could be written — had we but world enough and time — on the Left’s capture of language. We note merely Wittgenstein’s choice of metaphor in the Philosophical Investigations;

But we talk about [language] as we do about the pieces in chess when we are stating the rules of the game, not describing their physical properties. The question “What is a word really?” is analogous to “What is a piece in chess?”

Now, if you will excuse me, I must proceed to do what the white West had better start doing if it doesn’t wish to end up a footnote in some future Sino-Mulatto history book. I’m going to roll the dice. . .

« Sympathy for the Gorilla Glue Girl