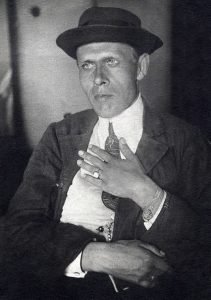 At the time of writing, it has been twenty-three days since Joe Biden was sworn in as President of the United States, and yet the time of the Trump presidency feels like a lifetime ago. That’s because it is an entire lifetime ago. You may have heard of the redpill and how there are different tiers to it. I’m going to drop a particularly potent one. You’re not the same person you were on January 20. None of us are.

I’m sure you have the same arms and legs as you did twenty-three days ago, but you’re not the same person. You’re not the same person because you believed at that time that the world was a certain way and now that illusion has been shattered and there’s no going back to it. You were dreaming and now you’re awake. You were probably shocked and saddened, and this is why I put the big-brained political things on the backburner and focused on helping you bear the trauma of awakening. But we’re not out of the woods yet.

We use terms like awakening and sleeping, but when I wake up in the morning, disappointed though I may be that the blonde with the big bazoongas isn’t devoting her life to my personal enjoyment, I am nevertheless waking up to a world I know how to navigate. People rarely wake to a world where gravity or time works differently. The change from the old world to the new isn’t as drastic, but it presents similar difficulties if we’re expected to function. A far better metaphor would be childbirth. But alas, newborns aren’t saddled with useless — or worse, counterproductive — knowledge, skills, and assumptions they must now unlearn if they’re to function.

You woke up in a world where elections are blatantly rigged, the President is abjectly powerless, where ideas aren’t judged on their merit but on how much they injure a sacral center our intellectual class venerates, with ideas injurious to this center being shut out and those voicing them hounded out of the public square. You woke up in a world where politics was squarely divided between us and them, Cloud People and Dirt People — to borrow a phrase from the Z man of the Z blog — and the police and military you believed would be on your side, or at least the side of the law, are now manning the battlements of the Washington DC Green Zone.

The blonde with the big bazoongas isn’t real either.

Here’s the point where I usually offer a helping hand, as a pioneer in this “wakefulness” thing, but here’s the kicker: I too am awakening from a dream. The only difference between you and me is that I was having a lucid dream. As Dissident Right activists feel the noose tightening around our necks, we’re in for a rude realization that the time before the reign of the Demented Despot was more like a video game than reality. This is reality. Many will feel that this is not what they signed up for and it probably isn’t, but life isn’t fair and there’s very rarely full accounting for what things are, not out of malice or due to malfeasance, but due to mere uncertainty. At some level, I guess I understood it. I signed up to fight the ruling regime and unofficial state religion of the West. We now might have to pay a price for our position. Honor demands that I follow this thing through to the bitter end.

That’s all very good and bleak and hopeless and all of those nasty epithets, but I’ve got news for you. The enemy was also dreaming. And they’re also waking up. In this Time article, the journalist brags about how a gaggle of NGOs, unions, Big Tech, big money, federal and state government employees, journalists, race hustlers, and other types of criminal “fortified” and “defended” democracy from the evil and authoritarian Trump machine. I’d recommend you at least skim through the thing, because that article might be the most important piece of reporting of the 21st century. A shame it’s written in the insufferable cunty style typical of Jewish woman journalists.

This democracy-defending coalition not only reads like a who’s-who of hebes in high places, but also nicely tracks the informal system of government in America as opposed to its charade of elected officials. I’ve mentioned the neoreactionary Cathedral before. I’ve been reluctant to use that term yet in the past, because it lets the so-called Red Government (military, some parts of the intelligence community, energy sector, chamber of commerce, etc.) off the hook for our present situation. This article shows us that the red part of the government was a willing participant in the election fraud. While there’s no mention of the military and intel agencies getting in on the fun, nothing votes harder than a grenade launcher (I wish I could credit the inventor of that phrase, but his blog got nuked). The military is at least complicit in not enforcing the law. In other words, this article describes exactly how the real power in America pushed Donald Trump and his 75 million supporters aside. It means that for better or worse, the enemy has also awakened from a dream.

Their dream was horrifying. In it, America was ruled by Orange Hitler, who was in cahoots with Bad Vlad Putin, a notorious Russian fascist with a penchant for murdering gays and riding bears. Together, they used hacking, Facebook ads, and mind control to steal the 2016 presidential elections to implement Nazi white supremism in America. Indeed, their whole lives were spent an inch away from certain death, or at least internment into concentration camps. Even before Orange Hitler, there was Fake Texan Hitler (you may know him as W), and way back before him, Tricky Dick Hitler. It was, in fact, a world of Hitlers, of white supreemists, of evangelicals electrocuting gays, of klansmen police officers hunting inner-city Negroes for sport, of legalized rape, witch burnings, lampshades made out of Jewish skin, but above all, Hitler, Hitler, Hitler, and them always managing to escape certain gassing by the skin of their gender-nonspecific balls.

Remember the blonde with the big bazoongas? Her name is Stacy Hitler, and she oppresses proud Jewish whamen of color by being pretty, having straight hair, and attracting the attention of high-status men. But now the dream is over. As the dawn breaks, the horrors of the night recede. Turns out, they’ve been in charge of the country for a very long time. Orange Hitler was nothing but a blowhard who was himself dreaming of an age long gone.

And here we may see the silver lining of this rude awakening. The power of our enemy depended on its occult nature, that nobody, themselves included, knew that they had all this power. Not only because now that they own this power, they’ll invite scrutiny. Not only because of the whole uncle Ben thing about great power and great responsibility. These people have no idea how to be the top dogs.

They know how to act like underdogs from a position of power, wailing and gnashing against Orange Hitler and raging at white supremism, and they know how to resent the good and the beautiful, but they have no goddamn idea how to govern.

And now they must. When their distributed network of power-brokers believing themselves to be powerless sprung into action to illegally oust Trump, it became self-aware. And distributed systems do not do well when they become self-aware. For one thing, they’ll necessarily stop being distributed and will have to centralize. Instead of many wills pushing in the same direction, there is one Will, indivisible, which must animate all parts of the machine — a machine which is more like an ecosystem than a machine, one which cannot function in a self-aware and centralized manner. The ruling class will not suddenly lose their phobia of authoritarian rule and merrily subjugate their will to this new machine. People don’t change. They yearn for the righteous narrative of fighting Orange Hitler. What they’ll get is the dreary reality of being a third-rate desk jockey under the stern and senile leadership of comrade Brezhnev. If there is a civil war or violent confrontation, it’s likelier to be triggered by bored liberals pining for the good old days when they were a hunted rebel band. What my good friend Serdar Martoloz realized almost three years ago, the ruling class has now learned.

This is not how we win. This, however, is how they lose. We win by outlasting them. We win by being better men, better capable of governance, by taking care of our own, by forming a cohesive group that is ready to step into power once their machine twists itself apart in self-aware rampancy. But to do that, we must first survive. I’ve chosen the poem in the heading because I believe a time of things going peef, puff, poof is upon us. It was written some time in the 1940s, in Saint Petersburg, which was then called Leningrad, by an author who’d soon starve to death in a psychiatric hospital for having written it. I put it up also to remind myself of what must be done. Tempted though I am to abandon my commitments to the Dissident Right, both internationally and back home, and regress into being an idle man of letters, dissecting the true meaning of Russian futurist and absurdist literature while the world burns around me, honor demands I see this thing through. Just because the enemy is due to tear itself apart, doesn’t mean that our job is complete. The death of Globohomo will leave a great big sucking power vacuum that may be filled by factions that may not have our people’s best interest at hearts.

The death of the Leninist government did not lead to the fall of communism — it led to Stalin, and it was ol’ Jugashvili’s machine that put comrade Kharms in the psychiatric hospital. Whatever happens, we cannot afford to stop.

This is reality now.

« On the Heels of Tragedy