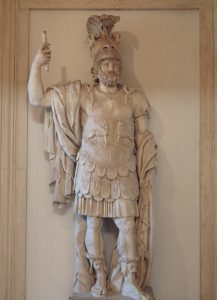 Statue of Mars in the Forum Transitorium in Rome

We live in a time of artificial hysteria over many things, including the supposed murders of innocent black criminals by white “racists.” But a much more serious problem is obesity. In 1960, less than 15% of Americans were obese. Today that number is 42%, with a full two-thirds overweight. This is not simply because of high rates of obesity among blacks or Hispanics; according to CDC data [2] from 2017-2018, 42% of non-Hispanic whites are obese. How did this happen, and how should we address the fat question?

Historically, it was taken for granted that being fat was not attractive. Although some primitive cultures may have worshipped obese goddesses [3] and seen their size as a sign of wealth, white people at least as long ago as ancient Greece have recognized that the ideal human form is a fit one. We can see this in their art, which used athletic men as models. Female forms were not athletes, but were still far from obese. Christians did not have a higher opinion of flab than their pagan predecessors; gluttony is traditionally considered one of the seven deadly sins. 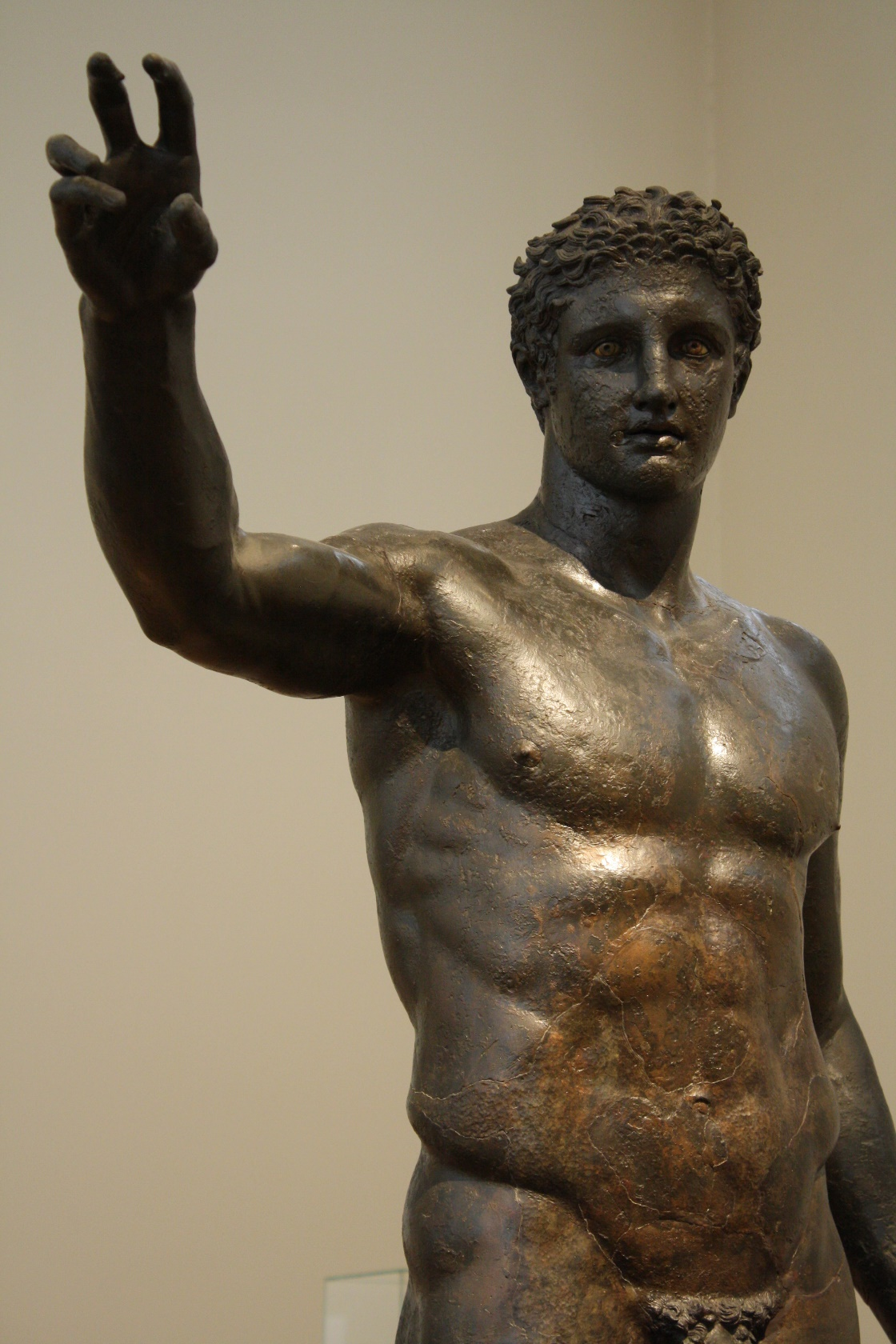 The Antikythera youth, a Greek bronze of an athletic young man circa 340–330 BC.

There are several culprits for our alarming plumpening in recent generations. One factor is that as our society has become wealthier and more globalized, fewer people need to work in physically demanding fields such as manufacturing and agriculture. One study [5] concludes that while half of jobs in 1960 required moderate physical effort, less than 20 percent did in 2011.

Freed from the obligation to exercise, surprisingly few people continue to do so. A survey [6] conducted in 2011 concluded that only 21% of Americans meet the recommended CDC guidelines for weekly exercise.

Even walking is not as common as one would hope. A 2010 study [7] suggests Americans walk about 5,000 steps per day, far less than the Swiss, Japanese, or Australians. A study published in 2004 dealt with a community of Old Order Amish [8] in Canada, whose lifestyle today is similar to that of many Americans in the 19th century. Researchers found they walked approximately three times as much as Americans. Only 9% of the women and 0% of the men were obese.

Diet, of course, is also a factor. The total number of calories the average American eats has increased by 23% [9] from 1970 to 2010. Sugar is part of this. Drinks sweetened with sugar [10] do not give the same feeling of fullness that food normally does, making it easier to consume large quantities. A high-sugar diet [11] can also cause insulin resistance, meaning that more of the body’s energy is stored as fat, and leptin resistance, meaning a greater appetite. Americans have been eating large quantities of sugar since at least 1970, but the amount of added sugar adults consume increased by approximately 30% [12] between 1977 and 2010.

Thanks partly to the widespread use of plastics, pollutants known as endocrine disruptors have become common in our environment and can be found in many packaged foods. These interfere with the normal functioning of hormones [13] in the body, causing various health problems including weight gain [14].

Being fat is a threat to physical health [15] in numerous ways, including increasing the risk of heart attack, stroke, and diabetes. However, it is also damaging to the spirit, specifically to masculine vitality. Average testosterone in men has declined [16] dramatically in recent years, even among adolescents and young adult men (15-39). The average concentration among this group in 2015-2016 was only ¾ what it was in 1999-2000. About 20% of these men now qualify as having testosterone deficiency. There are other factors, including the above-mentioned endocrine disruptors. But an increase in obesity is both a cause and an effect of this hormonal problem, with lower testosterone [17] meaning less ability to burn fat, and excess fat leading to lower testosterone.

This hormone affects not only physical masculine characteristics but also our mental state. Those with lower testosterone tend to be more depressed [18], less competitive [19], have weaker memory [20], and may be more anxious. Research has shown that lower testosterone in old men is connected with weaker cognitive abilities [21] and even Alzheimer’s disease [22].

Is this the type of people we want to make decisions for us? Outside of their hatred for the opposite side, no one wants to be ruled by a confused old man like Joe Biden. The same goes for the obese, and for similar reasons. A healthy society does not allow the unhealthy to dominate. 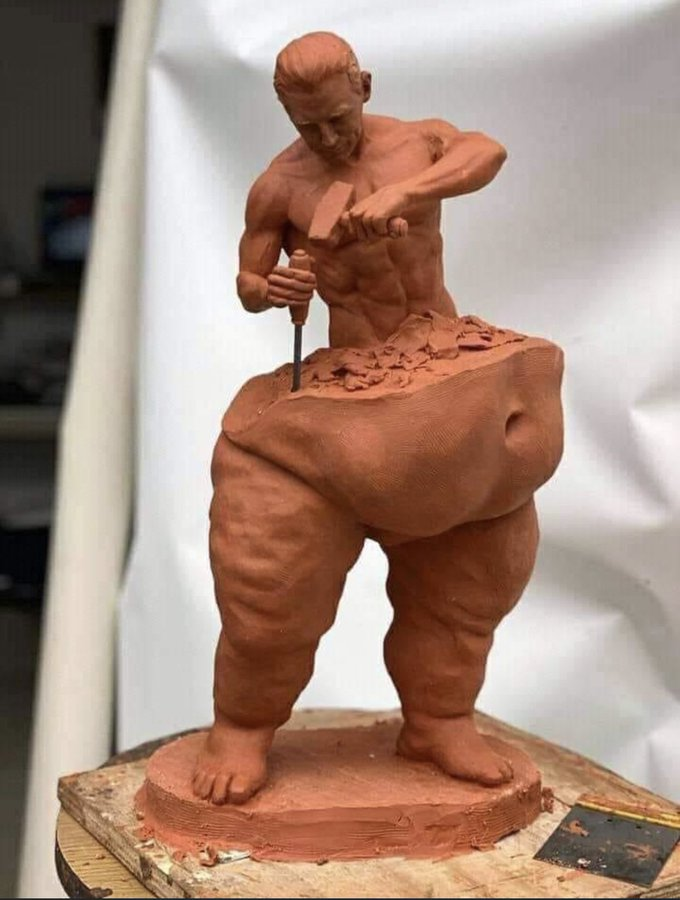 We should consider making fitness a condition for the franchise, as well as for holding political office. Just as felons have traditionally been disenfranchised due to the bad character implied by committing a felony, the obese should be disenfranchised due to the impaired judgment implied by obesity. Not only is their testosterone low, but it is hard to become obese without an obviously unhealthy lifestyle. If they could not take their own lives seriously enough to avoid becoming shoggoths, why would they take the good of society seriously?

Unlike other possible limitations on the vote, this would not permanently disenfranchise any class of people, but would instead encourage aspiring voters to improve themselves. Losing weight may be difficult, but it is not impossible. If diet and exercise are not sufficient, testosterone replacement [17] therapy is an option.

This would also work against rule by a complacent elite. Authorities who become old and flabby could not be re-elected indefinitely. Anyone who “lets themselves go” would be required to let go of power.

Both office-holding and the right to vote are forms of political authority, and authority should only be held by the responsible: those with the agency and discipline to stay fit.

If you want to support Counter-Currents, please send us a donation by going to our Entropy page [24] and selecting “send paid chat.” Entropy allows you to donate any amount from $3 and up. All comments will be read and discussed in the next episode of Counter-Currents Radio, which airs every weekend on DLive [25].

Don’t forget to sign up [26] for the twice-monthly email Counter-Currents Newsletter for exclusive content, offers, and news.